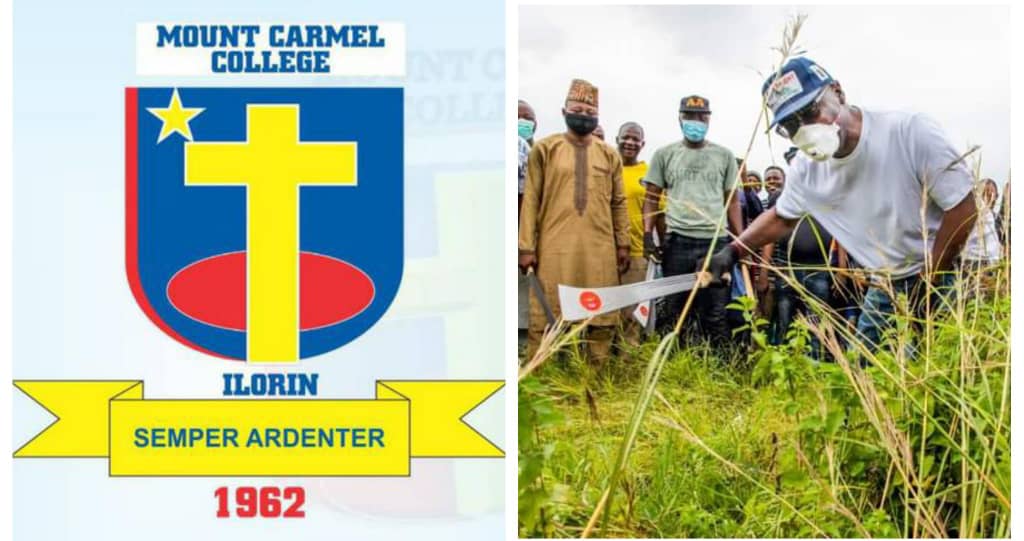 The 2005 old students association of Mount camel College, Ilorin has demanded the complete renovation of their alma mata from the Gov. Abdulrahman Abdulrazaq led Kwara State government.
This much was contained in a letter signed by the group’s public relations officer Ayuba Bashir, while commending the governor for deeming it fit to personally visit the school, however stressed the urgent need to help return the school to its glorious days.
The release reads “We write with most sincere intentions to acknowledge and applaud the exemplary action you recently exhibited by leading some of your officials in cutting grass at our alma mater, Mount Carmel College, Oloje, Ilorin.
“The action, described by yourself as “community work” meant to inspire people to take responsibilities for government facilities located in their areas, has indeed not only caught the eye beyond the state, but also left a long-lasting impression of how to lead by example.
“During your symbolic exercise and tour of the premises, the displeasing sight of some dilapidated structures as well as conspicous deteriorating environment of our beloved school would not have gone unnoticed.
“As far as the present unpleasant state of this college, which has turned out sterling human resources centre across the country is concerned; clearing the grass, with all due respect sir, is only an inch step in the journey of a thousand mile.
“Although, we must not gloss over the fact that you did mention you would “renovate and rebuild most of these schools,” permit us to stress out that we would actually appreciate that the college is specifically targeted as one of the beneficiaries of the actual work that speaks louder than words – total rehabilitation” it added