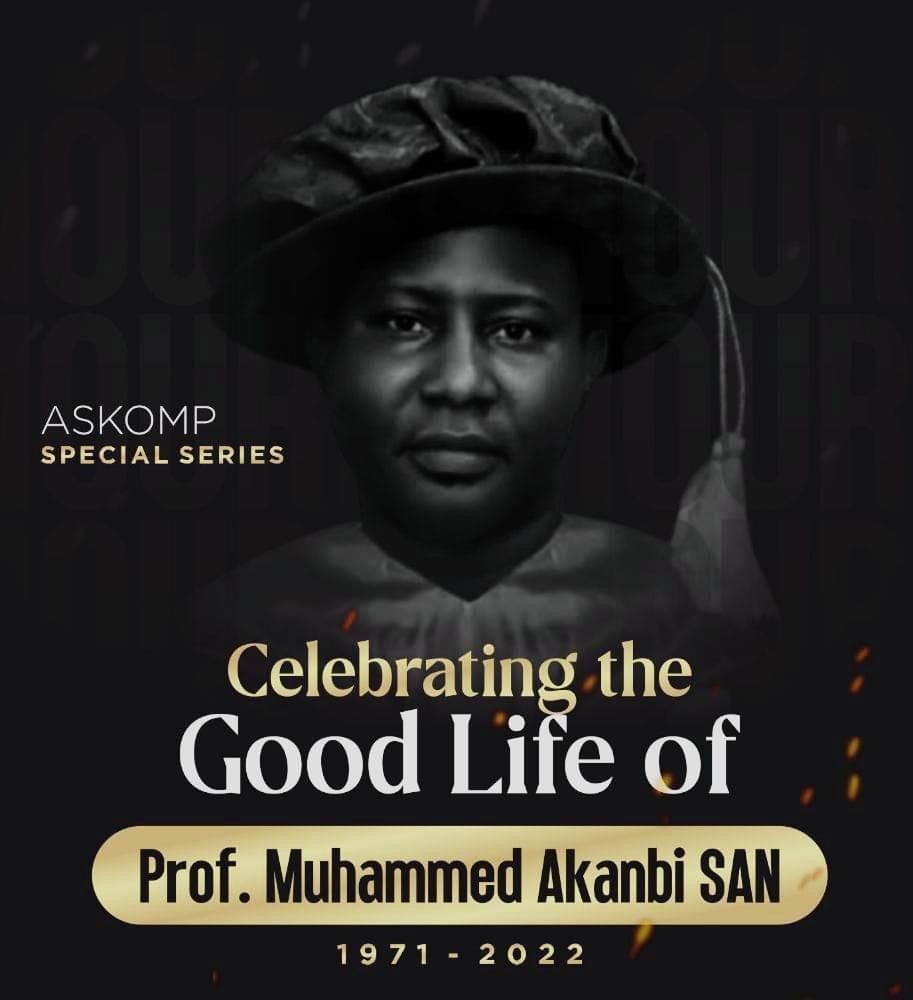 Just like a thief in the night, and when the living least expected, death sneaked in and snatched one of the finest gifts God gave to Kwara, Nigeria and the world; Professor Mohammed Mustapha Akanbi, SAN. The Vice Chancellor of the Kwara State University (KWASU), Malete, breathed his last after a protracted illness on Sunday, Nov. 21, 2022 at the age of 51.

He was called to the bar in 1995 and served the nation as a Legal Assistant in the Legal Unit of the Central Bank of Nigeria in Lagos, during his NYSC service in 1995 – 1996.

He then went into private practice in various law firms in Lagos and Ilorin between March 1996 and 1998.

Hungry for knowledge as always, he proceeded all along to acquire a Master’s degree in Law (LLM) in 1998 from University of Lagos, Akoka and attended the prestigious Kings College, University of London, United Kingdom, between 2004 and 2006, for his Doctorate degree in Law (Ph.D), which – because of his exceptional brilliance – he bagged in a record time of 2 years.

During his doctorate programme, Prof Akanbi also earned a Graduate Certificate (Non-award Route) in Academic Practice (GCAP), from the same university in 2005.

In recognition of his sterling leadership qualities, the American government nominated Prof Akanbi to be part of the International Visitor’s Leadership Programme (IVLP) in the United State of America in 2016.

He became the Vice Chancellor of Kwara State University in April 2020, a position he held until his demise on Sunday 20/11/2022.

They say leadership is the capacity to translate vision into reality and Prof Akanbi will be remembered for his ability to take a look at challenges, confront it headlong and surmount it bruised or unscathed. This stood him out in all his endeavours.

No man makes a great leader who wants to do it all himself. It is in the light of this that the deceased was also able to help people unlock their potentials and become better, encouraging young and laid-back individuals take positions of power under him and put their ability to test. Testimonies abound.

As the people of Kwara continue to grieve over his departure, his exemplary deeds will linger in the hearts of many. This goes by the saying that, “What we have done for ourselves alone dies with us; but what we have done for others and the world remains and is immortal.”