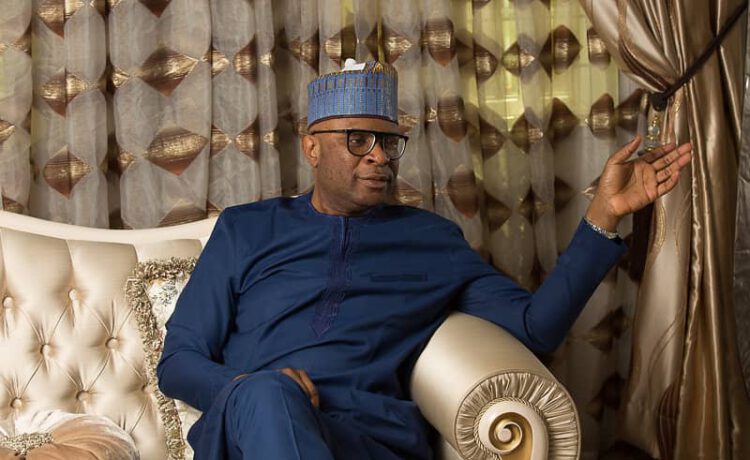 The name Lukman Olayiwola Mustapha echoes differently to people’s hearing. To some, he’s a seasoned chartered accountant. Some address him as the Chairman Board of Trustees for the biggest radio station in North Central Sobi FM. Many know him to be a political Juggernaut. LOM is a whole vibe. A giant elephant whose description lies in what you are opportune to touch. To talk about LOM is like counting water, can you achieve such a goal? You have all the time to provide an answer. LOM could only be a subject of discourse where every individual is to talk of what he knows about him. Contribute your knowledge about him and pass the baton of the discussion to others.

As an individual who’s only privileged to meet LOM in person, I can’t help but tell the world the amazing things I met in the man whose name lifts mountains whenever it’s mentioned. I am not going to talk of all the attributes peculiar to LOM for that will no doubt be a cumbersome exercise, hence, I will be talking of the spiritual side of the handsome man.

Alhaji Lukman Olayiwola Mustapha is a revered spiritual man whom for nothing will he compromise his spirituality. His love for his Creator comes first. He strives to be dutiful and subservient to his Maker. Should that not amaze you? Of course, it should, because many of his types are found wanting of religion after God had blessed them with riches, wealth, and power. After God’s favor in their lives, they give excuses for their negligence of Salat and other pillars of the religion. What some of them were not before their ways atop would be their talks when they finally meet fortune. Meetings from meetings would be their excuse for not being prompt in worshipping their maker.

Unlike others, LOM is a distinguished spiritual man whom for nothing will he jettison his religious obligations. He is not just Lukman by name. He is not a dormant Muslim. He is a practicing one. Without you being told, when you gaze at him, the light you see is a sign of godly personnel. It was made known to us that light is with the one who prays constantly, for the prayer and the ablution cleanse you and make you shine and glow. His shininess is far beyond what any lotion could bring out in humans. It can only be that of Allah’s Nur (light).

If you don’t want to miss any of the Obligatory salats at their prescribed times, be with LOM. When each time for the Salat looms, he leaves his doings and asks everyone with him to go for prayer. When he was asked about why he doesn’t joke with his worship to his Lord, his response remains ” we have been created for nothing but to worship”, other things are secondary, worship is the essence of our creation, and one day we will have to assemble before our Creator to account for how we have spent our time on earth.

Why did I find this surprising? It should surprise me not, for a well-trained child who keeps to the teachings of his parent will no doubt be founded worthy of that. LOM was given an Islamic upbringing, he had never deviated from the path chose for him by his parent even when fortune found him.

A man who is Godly conscious and subservient to His lord will possess classic qualities possessed by LOM. Such a person cherishes service to humanity above anything. He will treasure stretching his kind gestures to the needed neighbors, just like Lukman Mustapha often exhibits, a God-fearing man will see his wealth as a trust from Allah expected to be shared amongst the less privileged.

There is a lot to learn and relearn from LOM. Today, it is about his spirituality, it might be about his other scintillating qualities tomorrow.