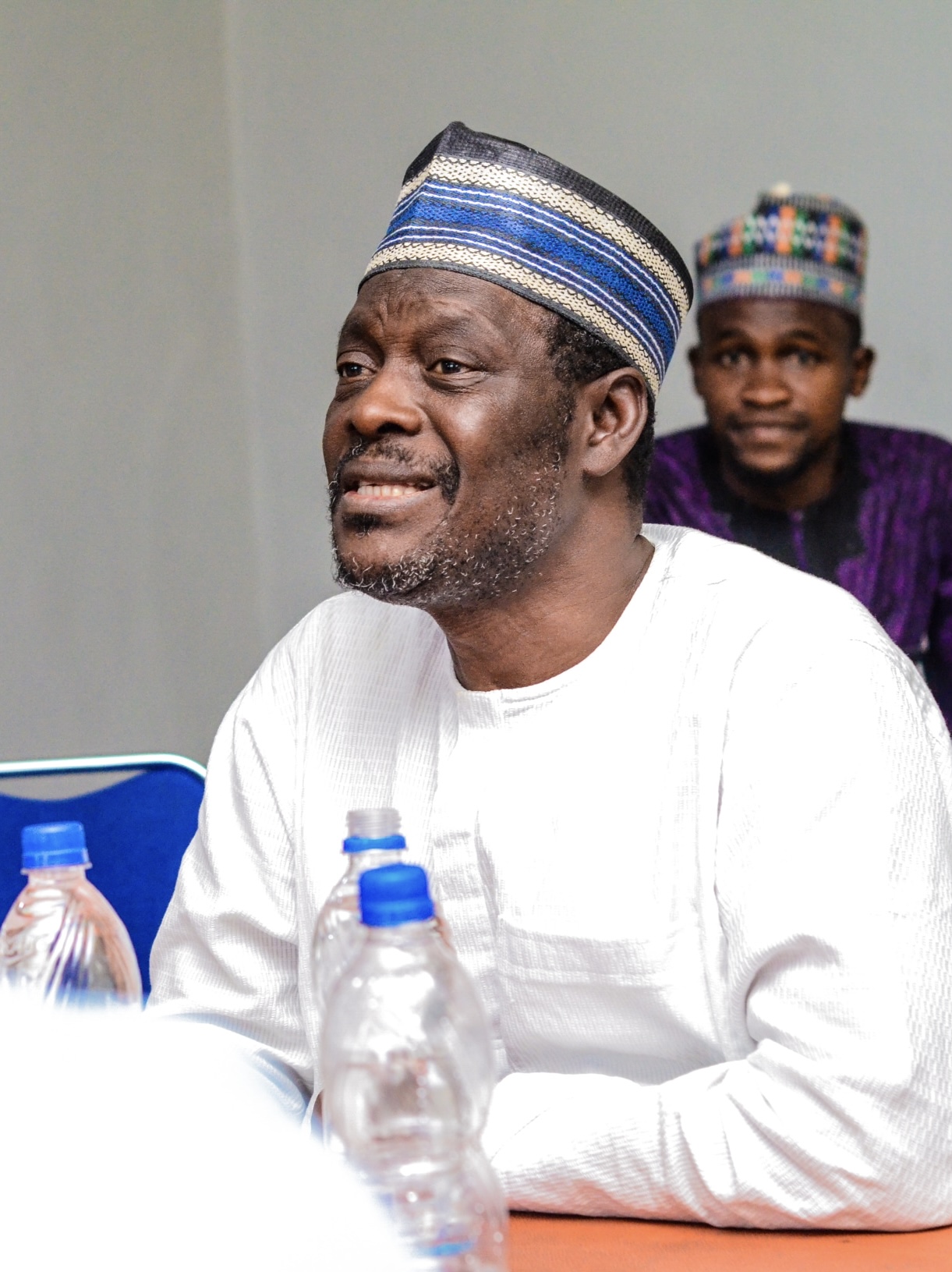 Kwara state Gubernatorial candidate of the People’s’ Democratic Party (PDP), Alhaji Shuaib Abdullahi Yaman has urged Kwarans to kick-out the AbdulRazaq led Kwara state government whose major preoccupation is accumulating debt and squandering public funds, without thinking about how to generate revenue for the State.

Yaman said this during an interactive meeting with the Kwara state Association of Online Media Practitioners (ASKOMP), in Ilorin, earlier today.

The former Commissioner at the Revenue Mobilization and Fiscal Accountability Commission (RMFAC) noted that the PDP’s reign in Kwara state witnessed the establishment of Kwara state Internal Revenue Service, which enhanced increased revenue generation in the State.

“If you give a mad man on the street money, he knows how to spend it. What differentiate him from a sane man is that the latter can make money.

“There is nothing novel about the present government in Kwara state who only knows how to spend money. They have merely been spending our internally generated revenue, federal allocations and even took loan. They don’t have the ingenuity to help the state generate revenue”, he said.

“Because of my exposure and position of privilege, I am able to see Kwara out of the box. We are at a point we need to leverage on technology to do a lot of things and that can be done only through the young people.

“In the coming years, wars won’t be fought by infantry soldiers any longer, what we would have is war of ideas, intellect and technology. Because of the efficiency of robotics, the world of the future would be determined by skills and there must be strategies to develop ourselves from this part of the world, which Kwara currently lacks.”

Yaman said “I feel bad seeing young people turned hoodlums, because they’ve been left out of the box of sustainable empowerment. So, we should start thinking about how we can empower the coming generation because the adverse result of that can be.

“We should start thinking beyond just building and painting schools because the future is not going to be about academic qualifications. For us, the strategy is to empower the young generation in preparation for future sustenance.

Yaman noted that if it takes the Kwara APC government to unsuccessfully ‘copy and paste’ educational tech scheme as ‘Kwara Learn’, it shows the lack of capacity of the government to position Kwara on a position of technological advantage.

He added that Kwara is endowed with huge agricultural and mineral resource, all which he intends to use as key resources to drive my strategy of empowering the young people for the economic prosperity of Kwara state, leveraging on private sector driven partnerships.

“I have had several opportunities to discuss with Gov Abdulrahman Abdulrazaq but I am not sure he listened. Perhaps, only pretended he was listening to  those beautiful ideas. I believe this is why we are where we are today. When you don’t have the competency to make good ideas practicable, you are bound to fail.”

While acknowledging the contribution of ASKOMP in disseminating information to Kwarans, Yaman sought effective collaboration with the association for a successful campaign.