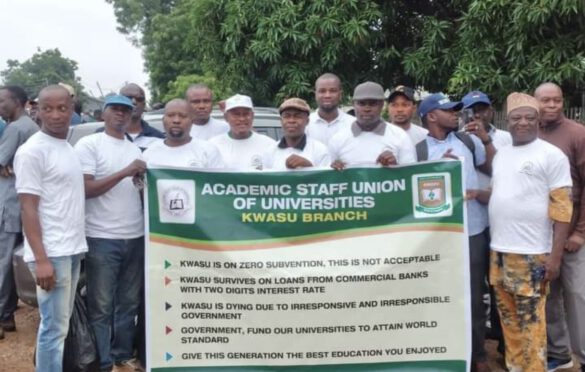 The KWASU Chapter of ASUU made this known during the NLC Nationwide protest held today in Ilorin, the state capital, where they carried banners with inscriptions indicating various huddles affecting the survival of the University.

Shehu Abdulganiyu Salau, The Chairman, ASUU, Kwara State University Chapter while addressing newsmen at the NLC Nationwide protest held today in Ilorin, the state capital said the state government must rise up and restore the university’s subvention otherwise things will be messed up.

The lecturers also added that “KWASU survive on loans from commercial banks with two digits interest rate. KWASU is dying due to irresponsive and irresponsible government.”

Speaking about the ongoing strike, Abdulganiyu said; “In KWASU, we have a peculiar situation and that’s the issue of no subvention this should point a signal to the state government, the issue of no subvention is no longer acceptable in KWASU, How did you claim you own a university without funding it? It is not longer acceptable in KWASU, they should know.”

“So we are hereby pleading with the state Government that they should find a way around and restore our subvention otherwise things will mess up. We have actually arrange for two meetings with the Governor but it all to no avail.”

“Before he assumed office we met him severally, but unfortunately now that he assume office he never wanted to see anybody again. We have written two letters but to no avail. So what we are saying is that the government should live up to expectations we can no longer be deceive, Our members are dying in KWASU on weekly basis because of stress because we have to work on Saturday we have to work Sunday to make the system revolving we don’t want the system to die because of our students.” 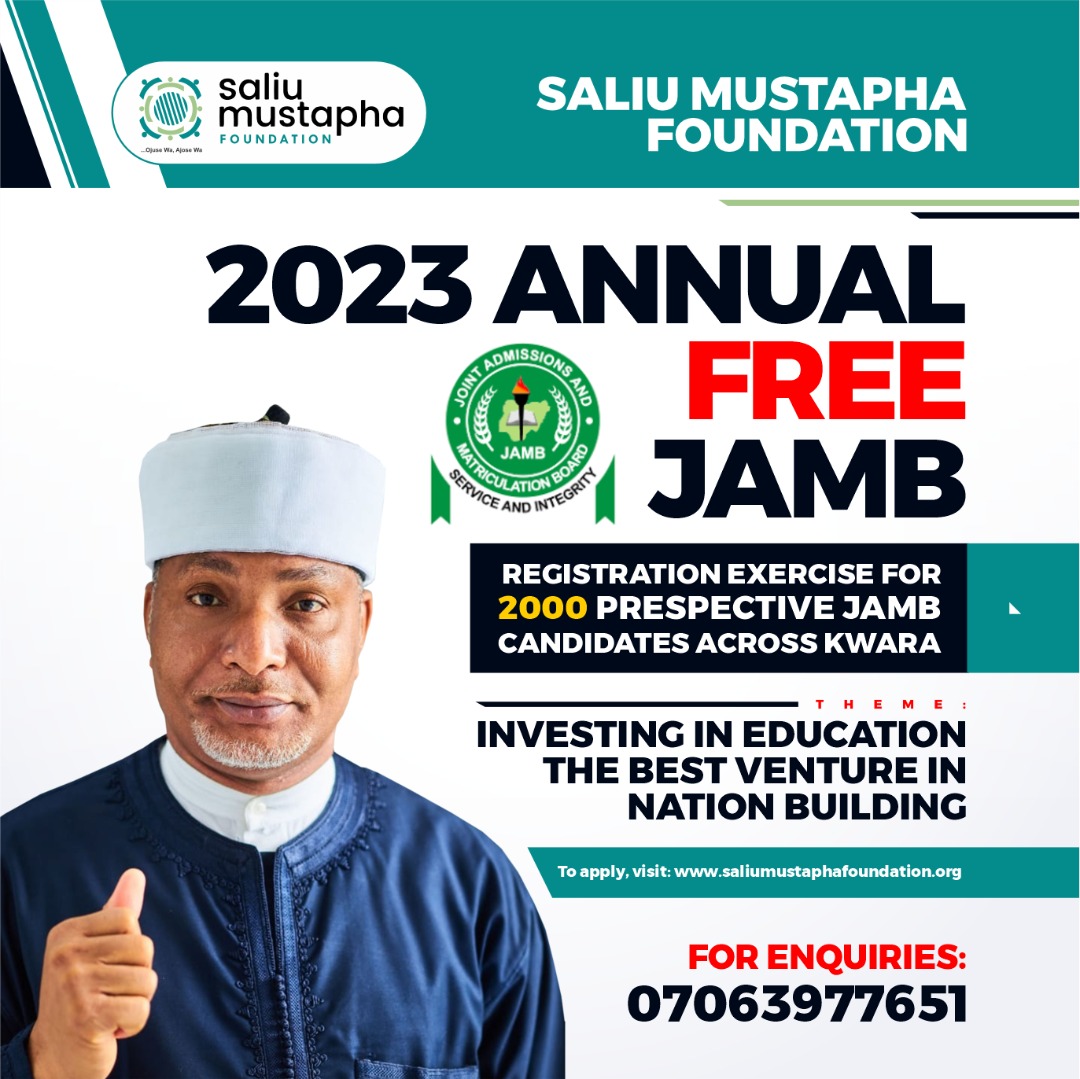