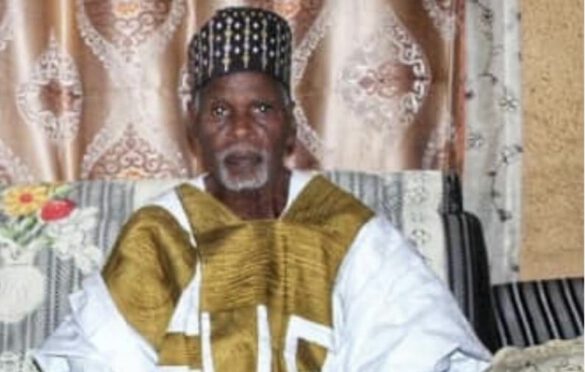 The death has been announced of a foremost educator and the Tafarikin Borgu, of Borgu Kingdom Alhaji Salihu Aliyu Gwanara.

He is the father of the Speaker of the Kwara State House of Assembly, Rt. Hon. Engr. Yakubu Danladi-Salihu.

A statement issued by Alhaji Mohammed Salihu, on behalf of the family revealed that Alhaji Aliyu Gwanara died on Friday 17th June, 2022 and has been buried according to Islamic rites this morning in his hometown in Gwanara.

Alhaji Salihu Aliyu was a former councilor in the Old Borgu Kingdom.

The deceased who was until his death, the Tafarkin of Borgu Kingdom is survived by children, grandchildren, and great-grandchildren, among them are Alhaji Mohammed Salihu, Hajia Halima Jumai Kperogi, Alhaji Audu Salihu, among others.