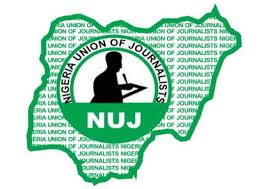 The State Working Committee of the Kwara State Council of the Nigeria Union of Journalists (NUJ) and the Association of Kwara Online Media Practitioners (ASKOMP) have condemned attack on a private own tabloid in the State; National Pilot Newspaper located along Asa Dam Road,Ilorin on Friday, October 23, 2020.

The NUJ statement jointly signed by the council’s Chairman, Mallam
Umar Abdulwahab and the Secretary , Deacon Tayo Ayanda issued on Saturday condemned the attack in its totality, describing it as uncivilised attack targeted at free Press which will not allow democracy and good governance to thrive.

Kwara NUJ Council also expressed shock over the wanton distruction of properties and attack on Government and private facilities by rampaging residents despite measures earlier put in place by the State Government, the State Command of Nigeria Police and Emir of Ilorin to avert such.

The council however urged journalists in the state to thread with caution while carrying out their legitimate duties.

Similarly, The Association of Kwara Online Media Practitioners via a statement signed by its Acting Chairman, Shola Taofeek, described the attackers as arsonists and common criminals and that must be roundly condemned and exposed.

ASKOMP questions the rationale behind an attack on journalists and media houses doing their legitimate profession of events and news reportage.

The body therefore implored the State government, the Kwara State police command and all relevant stakeholders to rise up to condemn this sinister move which we see as an attempt at gagging the press and ensure perpetrators are brought to book in due cause.

ASKOMP while we condemning the criminal looting of private businesses across the Ilorin metropolis late yesterday and early today, urged all relevant government agencies to rise up to their responsibility by ensuring and guaranteeing security of lives and properties of Kwarans at all times.