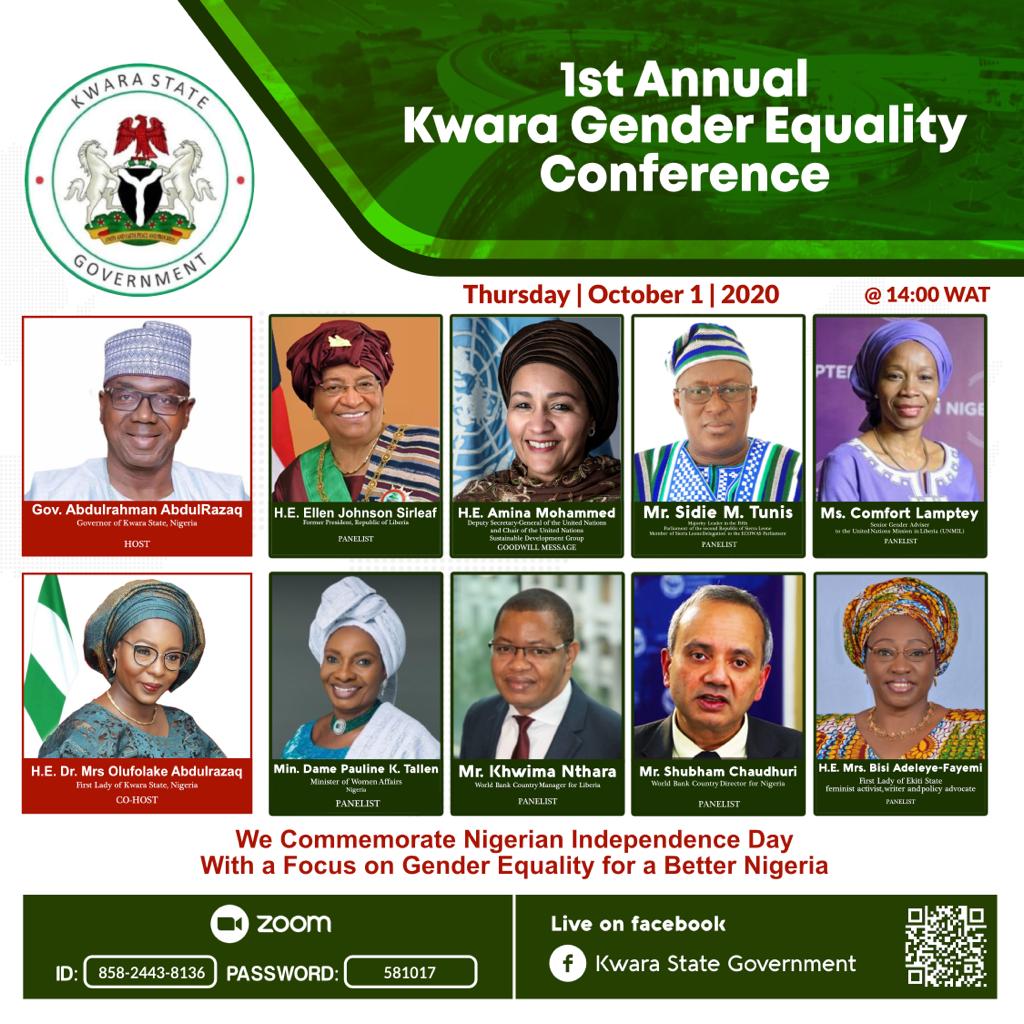 Freshinsight, 1 year ago 0 1 min read 56
By Muhammed Salman
The Kwara State Government is set to host the first Gender Equality Conference on October 1, 2020. The conference which will bring notable women from different walks of life is aimed at promoting gender equality and also underscore the role of women in governance and nation-building.
“The event is to commemorate Nigerian Independence day with a Focus on Gender Equality for a better Nigeria,” remarked Adenike Oshatimehin; Kwara’s Commissioner for Communications.
Former Liberia President, Ellen Johnson Sirleaf is the Keynote Speaker with
Amina Muhammed (Deputy Secretary-General of the United Nations) to deliver the Goodwill message.
The Hon Minister for Women Affairs, Dame Pauline K. Tallen, Her Excellency Mrs. Bisi Adeleye Fayemi ( Ekiti State First Lady), Senior Gender Adviser to the United Nations Mission in Liberia (UNMIL); Ms. Comfort Lamptey, Hajia Maryam Mairo Tambuwal (Wife of the Sokoto State Governor) among others are panelists.
Kwara State Governor, AbdulRahman AbdulRazaq is the host with the  First Lady Mrs. Folake Abdulrazaq as the co-host.
The event will be hosted live on video conferencing app Zoom and also on the Facebook page of the Kwara State Government.
Tags #1st gender equality summit #Kwara state government
General