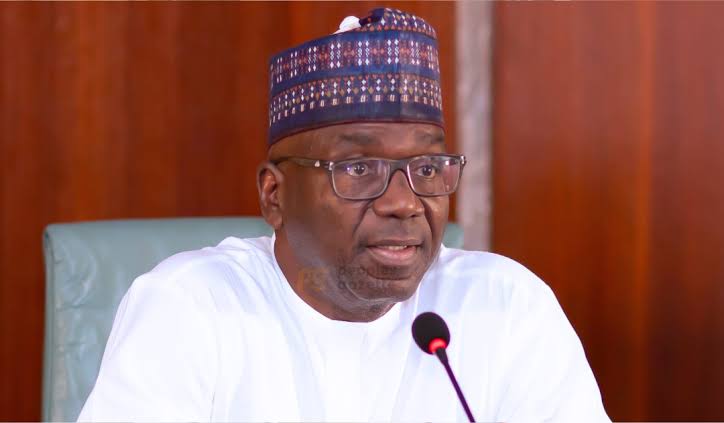 The Kwara state government has threatened to remove structures housing shops along the Ministry of Works and Commissioner Lodge way within one week, if same is not removed by the owner within the stipulated period, Fresh Insight has gathered.

In a letter obtained by this medium, tilted ‘NOTICE TO ROMOVE (sic) STRUCTURES’ dated 10th March, 2022 with reference number PPA/15/VOL.XV/155 and signed by Ibraheem Aremu on behalf of the General Manager, Directorate of Physical Planning and Development Control under the newly established KWAGIS, the State government stated no specific reason for ordering the removal of the structures. 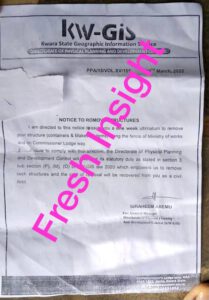 The letter reads, “I am directed to this notice (sic) to issue you a one week ultimatum to remove your structure (containers and Makeshift items) along the fence of Ministry of Works and on Commissioner Lodge Way.

“Failure to comply with this directive, the Directorate of Physical Planning and Development Control will exercise its statutory duty as stated in section 3, sub section (P), (M), (O) of KW-GIS law 2020 which empowers us to remove such structures and the cost of removal will be recovered from you as a civil debt.”

My Foundation not political, Shagaya says