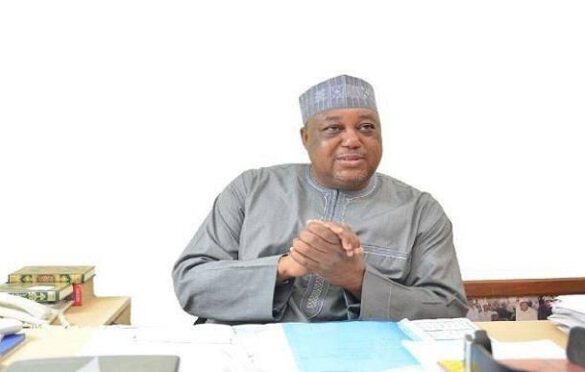 The Special Adviser, Special Duties to the Kwara State Governor, Alhaji Yinka Aluko has opened up on his rumored Senatorial ambition.

Aluko who is fondly called original homeboy by admirers spoke on his ambition on the sideline of the Ramadan Tafsir and iftar with members of Kwara elite online media practitioners, Association of Kwara State Online Media Practitioners (ASKOMP) in Ilorin yesterday.

Aluko who aspired for the Central Senatorial seat in 2015 and 2019, while reacting to questions about his rumored ambition to give the red chamber a trial again said

“Sadly, regardless of the landmark Otoge achievement of 2019, the marginalization of Ilorin South still persists” he added

“When asked if he’ll throw his towel in the ring once again he said “The stage we’re in, I might not be able to emphatically talk about my 2023 aspiration, because I belong to a group where we’re still trying to cross the T and dotting the I and until that is done, it’ll be preemptive to talk in the specifics, but I want to assure you in the next couple of days we’ll take a definite stand” he stressed.

Appreciating him for always identifying with the Association, Salihu Shola Taofeek, the Association’s chairman assured him of the group’s professionalism, stressing that he can be rest assured of balanced and fair reportage of the political sphere.