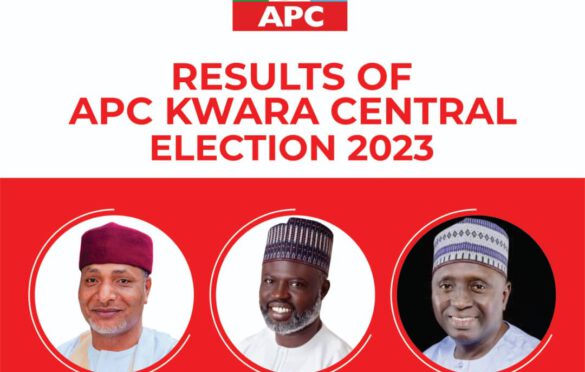 The primaries of the All Progressives Congress in Kwara Central ended with the emergence of Saliu Mustapha as the party’s flag bearer in the 2023 Senatorial election.

Mustapha, a top scribe of the party, won after polling 136 votes, which represents 52 percent of the 260 accredited delegates.

Closely behind Mustapha, was Ambassador Yahaya Seriki, who garnered 77 votes while the incumbent Senator, Yahaya Oloriegbe, who came third, had 15 votes. The remaining 27 votes were voided.

However, Fresh Insight has exclusively gathered details of how the delegates from the four Local Government Areas making up the district voted for their preferred candidates and some of the intrigues involved.

From the details analysed by this newspaper, the exercise was filled with loyalty, betrayal and surprises.

Of the 60 votes, Mustapha had 50 while Seriki got 8 votes and the remaining two were voided. Unfortunately, Oloriegbe got no votes from the Ilorin East delegates.

This perhaps was the result of the massive endorsement Mustapha got from all the ward chairmen from the area a few days to the D-day.

Delegates from Ilorin West, believed to be Oloriegbe’s stronghold, seemed to move against the incumbent Senator as he was floored in his home.

Mustapha got 49 votes from Ilorin West while Oloriegbe had 8 votes and Seriki polled just three.

With the large chunk of the votes given to Mustapha, it is evident that the campaign to zone the office to Ilorin East/South constituency yielded results.

In the previous years, Kwara Central Senatorial seat has been a preserve of Ilorin West but things may change with Mustapha’s emergence.

There was no candidate from Ilorin South and Asa Local government areas, hence the two areas were believed to be neutral and winning their delegates would be a plus for any of the aspirants.

Ilorin South votes were shared between Mustapha, who had 23 and Seriki, who polled 26.

Surprisingly, Seriki got an upper hand in Asa, where he polled 40 votes while Mustapha trailed him with 19 votes. However, interestingly, Oloriegbe got his second highest vote — 7 from Asa delegates.