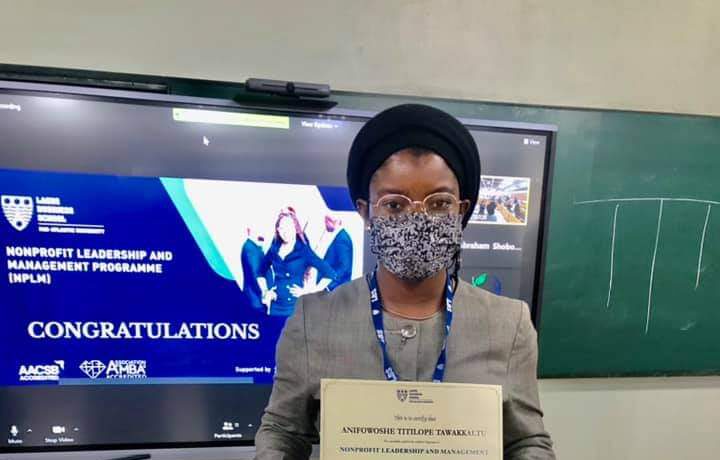 0Share
By Imam Moromoke
Kwara born lawyer turned youth, human right activist, Titilope Anifoshe and social media comedian Miss Apaokagi popularly known as Taoma have both made the list of selected young Africans to be honoured by the Ooni of Ife, Oba Enitan Ogunwusi Ojaja 2 in 2021 Royal African Young Leadership Forum (RAYLF) awards.
The award which is the brain child of  revered monarch is aimed at showcasing and celebrating Africa young achievers, while also availing them a platform to network and further horn their leadership skills.
While Anifowoshe, the  Igbonla, Irepodun local government area born is a graduate of University of Ilorin, Apaokagi who hails from the popular Apaokagi quarters of Ilorin, is a graduate from the Kwara State University, malete.
Royal African Award which was created by His Imperial Majesty (H.I.M), Ooni Adeyeye Enitan Ogunwusi, OJAJA II, Ooni of Ife and the Grand Patron, Former President Goodluck Jonathan.
RAYLF has become a new transformational multipurpose that is poised to unleashing the untold stories of Africa’s abundant human capacity, natural resources as well as identifying, developing, embracing a new breed of competent patriotic leaders with modern worldviews who desire to impact and shape the economic narrative of the continent to its enviable destination as designed by our founding fathers.
Other awardees are Omojuwa, Akin Olaoye, Hamzat Lawal, Orondam Otto , Mr. Macaroni, Taooma etc
Tags:Ooni of IfeOoni Ogunwusi IITitilope Anifowoshe
Share on FacebookShare on Twitter
FreshinsightMay 26, 2021