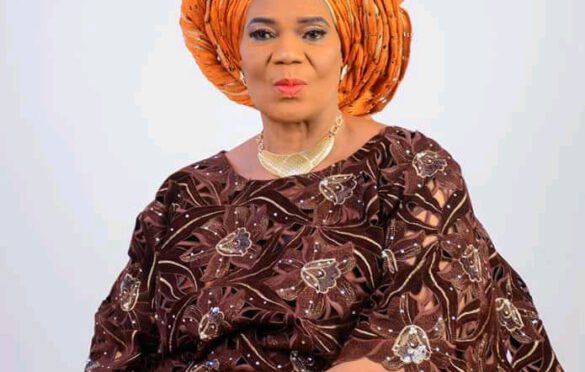 Ademokoya, who passed away yesterday at 67, according to a terse statement by the family gave up to a brief illness at the University of Ilorin Teaching Hospital.

Until her demise, Ademokoya was the Treasurer of National League of Veteran Journalists (NELVEJ). She is survived by children and grandchildren.

The family said her burial arrangements will be announced later.

Meanwhile, the National League of Veteran Journalists (NALVEJ), in Kwara State has described the death of ace broadcaster and the treasurer of the league, Chief (Mrs) Yemi Ademokoya Agboola as saddened and unfortunate.

The league in a statement by its chairman, Alh Tunde Akanbi lamented the loss of one of the active, committed and vibrant member of the association of senior journalists.

He said members of the league and the entire media practioners in Kwara state and Nigeria will miss the wise counsel of the late Ademokoya.

Extolling the virtues of the deceased, Akanbi noted that Ademokoya had through her numerous radio programmes impacted positively in the lives of not only Kwarans but Nigerians.

He added that Ademokoya left a legacy of hardwork, commitment, meticulous and uprightness.

The NALVEJ chairman commisserated with the immediate and extended family of the deceased, the league and the Nigeria Union of Journalists (NUJ) at both the national and state levels over the death of veteran broadcaster.

He prayed God to grant the family she left behind the fortitude to bear the irreparable loss.