Freshinsight > Blog > Interview > Kwara Assembly under my watch, only being dictated to by the masses and nobody else – Speaker
InterviewPolitics

Kwara Assembly under my watch, only being dictated to by the masses and nobody else – Speaker 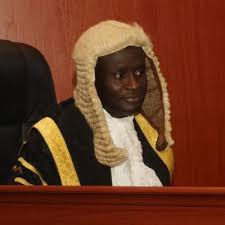 Engr. Salihu Yakubu Danladi, the 35 years old Speaker of the Kwara State House of Assembly in this interview with select journalist opens up on his foray into politics, his stewardship as a lawmaker,

among other sundry issues in the polity. Fresh Insight was there and here are the excerpts.

Can we have a peep into your background?

I am Yakubu-Danladi, born into the family of Alhaji Saliyu Aliyu, Tafarkin Borgu on 31st May, 1985, in Gwanara, Baruten local government area of Kwara state. I had my elementary education at BLGEA primary school Gwanara, before proceeding to Baptist Grammar School, Okuta and later St. Anthony’s Secondary School, Ilorin for my secondary education. I bagged National Diploma and Higher National Diploma in Electrical and Electronic Engineering from Kaduna Polytechnic, before proceeding to Federal University of Technology, Minna.

How did you venture into politics?

I developed my interest in politics since i was a student; I partook actively in the leadership of my indigenous associations, National Union of Baruten Students and NAKSS as an undergraduate. My venture into societal politics, which dated back to 2011 under the then Congress for Progressive Change (CPC), where I served as Kwara North Senatorial Coordinator was informed majorly by two things; the first is the bad governance and gross misrepresentation my people had suffered under successive governments, which left my constituency, Baruten local government and even Kwara North hopelessly underdeveloped. The second was my appreciation of the need for the younger generation to take up leadership baton and the responsibilities that come with it and not leave the future we own in the hands of the old folks, who will always refer to us as tomorrow’s leaders. If we don’t take up the challenge, tomorrow may never come and we will continue complaining instead of rolling up our sleeves to offer solutions to societal problems as young, vibrant and energetic class of the society.

What lesson would you say we learned from the last general elections in Kwara State?

The lesson learnt is simple. And the lesson is that the people are our masters, in whatever elective position we find ourselves. We must learn not to take our people and the mandate entrusted on us for granted. We must serve them right and diligently, to the best of our ability, with sincerity and sense of purpose, otherwise, they exercise their power after four (4) years and kick us out. The last election came with the lesson that the people are the government and the privileged few running it on their behalf must do that in their best interest and not for selfish interest.

How realistic is the 2020 budget of over N162billion when the state could not realize the N157 Billion budget for 2019?

The reality of the 2020 budget, as at the time it was passed was to a large extent, because last year, there was no savings which stands as opening balance, but we have #7billion opening balance for 2020. Equally, we expect counterpart funding across sectors as the present government’s efforts already took Kwara out of blacklist of UBEC and also renewed partnership with UNICEF, coupled with our resolve to ensure prudence and efficiency in the utilization of public funds. But going by the prevailing economic realities, aggravated by the COVID-19 outbreak which has negatively affected the underlining assumptions of the 2020 budget. So, we are compelled to review the 2020 budget to match the recent development for us to achieve reasonable budget performance at the end of the year.

How do you want to block the loopholes that might arise from the budget and those who would want to outsmart the government?

Much more than we scrutinized the budget, the implementation would be monitored bumper-to-bumper, to ensure the people get value for their money. As you are aware that the legislature is the eyes and voice of the people in government, through our various standing committees, we will engage in oversight functions to checkmate how government policies and programmes are being implemented. We have revived the Assembly’s website and also considering launching our e-legislation platform soon to enhance openness and get feedback from stakeholders and the people. By so doing, we will be getting unfettered access to information about how efficient public resources are being used to serve the people and I can assure you, the 9th Assembly will not compromise in putting to check any institution or individual suspected or caught in the act of siphoning public fund or any form of corruption in the State.

People believe that the state assemblies tilt towards the executives in the states since they are mostly in the same party, what is your experience like?

We are from same political party, but let me say that there is clear separation of power between the three arms of government in Kwara state, each working with full independence and that was evident during the commissioners’ nominees screening and even the 2020 budget defense. It was not a tea party. But, if the executive is doing the right thing, would you expect us to negate that? So, our experience in Kwara state is of maximum cooperation and rosy relationship between the legislature and the executive arm of government, with the primary interest of a better Kwara that works for all.

Although you are the leader of the state Legislature, you have a constituency. What should your constituents expect from you?

Of course, we have made promises during the campaigns, at the moment; the question should be what we are doing and what we will do further. To the glory of God and with the support of His Excellency, Governor Abdulrahman Abdulrazaq, we have been able to return contractors working on Ilesha-Gwanara road back to site, work has also commenced on Market-Emir palace road in Gwanara, which would be the first tarred road in Gwanara when completed. Various State’s and self sponsored education intervention programs are also going on in several communities of my constituency, healthcare centres are also billed to undergo absolute overhauls, while we are also doing fantastically in providing portable water for communities of Ilesha-Gwanara constituency; so far, we have provided about 70 handpump and motorized boreholes to various communities, and also repaired over forty dysfunctional boreholes in other places within my constituency. Many of our communities disconnected from national grid is now reconnected by Governor AbdulRazaq administration.

What is your assessment of the performance of Governor Abdulrahman Abdulrazaq and APC in Kwara State?

Within his one year in office as the Executive Governor of Kwara state, Mall. Abdulrahman Abdulrazaq has shown and still showing unequalled passion and commitment to serving Kwarans. In the whole of my constituency, only Ilesha-Baruba is connected to national grid, but has been in darkness for over 6years, other communities were not connected. Governor Abdulrazaq has made that happen now, our communities no longer live in darkness. I have also told you about Ilesha-Gwanara and the completed 1km Gwanara township roads among others. That is just within my constituency and that is how he has been running impactful government across the twenty four constituencies of the state.

How have you been coping as the Speaker of the Kwara state House of Assembly?

It has been one of a kind experience, especially with the crops of wonderful colleagues I have, who are committed to the good and development of Kwara state in their words and actions. We have also enjoyed maximum cooperation from staff of the Assembly, even at a point where we started from level zero, because there was no handover note from my predecessor, we had to start afresh but with support of people around us, the daunting task became very seamless, although not without challenges as expected but I take it as part of responsibilities that come with serving the people.

What are your plans for youth in the state?

As a young person, that is my constituency and it is critical for me to ensure we secure a sustainable future for the youths. As part of our efforts to empower the youth economically, we speedily passed the Kwara state Social Investment Program Law, which will not only engage young people productively but also give soft revolving loans to youth entrepreneurs to run and promote their businesses. We have also lend support to the Executive Governor in the appointment of young people in leadership positions in the State and we will continue to support them to ensure they succeed. As part of our efforts to enhance youth development in the State, we have also passed the Kwara state Sports Commission Law, which will encourage and promote young people with different sport skills. We will continue to do more in ensuring the young people get a fair share in this government.

At the end of your tenure, what do you want to be remembered for?

I want to be remembered as a conscientious servant-leader, who is driven by his people’s desire and do only things that are right in their overall interest. 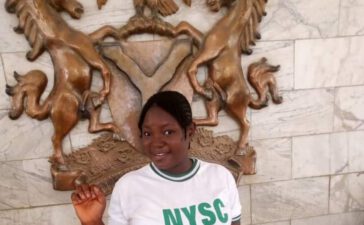 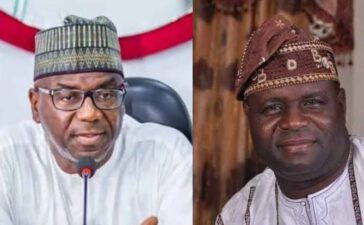 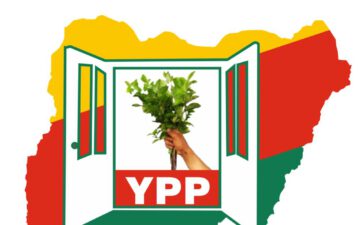