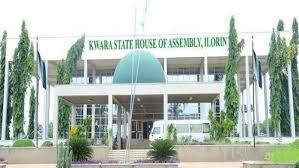 This is sequel to a Motion Without Notice moved by the House Leader Abubakar Mogaji Olawoyin during today’s plenary.

Olawoyin while leading the debate on the motion said the Assembly is an institution and not an individual and as such must be respected.

The House Leader accused Agboola of making a despairable comment about the House and called on the masses to stage a protest against the government and the House of Assembly on a radio programme.

He regarded such act at this period of insecurity as unsafe and could lead to chaos.

He described how Agboola disrespected the Honorable House as already trending on social media and urged the speaker for investigation of the matter.

A Lawmaker representing Isin Olumide Awolola Ayokunle said, derogatory languages against the House should not be condoned especially, when such language is found out to be false.

He urged the House to make proper investigation on the matter before any action could be taken.

Speaker Yakubu Salihu Danladi assured the House of adequate investigation and directed the House Committee on Ethics, Privileges and Judiciary to conduct investigation on the matter and reports its finding to the House as soon as possible.

He also directed Agboola to seize from attending plenary pending the conclusion of the investigation.