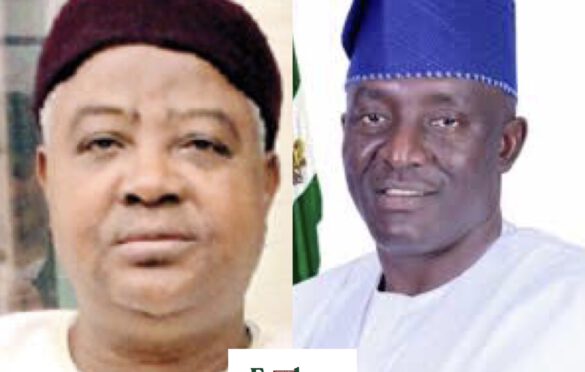 This is not unconnected with the lingering crisis within the AbdulRahman AbdulRazaq led faction of the All Progressives Congress (APC) in Isapa ward of Ekiti local government area of the State.

According to sources in the know, Hon. Ganiyu who served as Sen. Ajibola’s Personal Assistant throughout his twelve years tenure at the red chambers of the National Assembly had been having a running political battle with his benefactor in recent time.

According to our source, “Immediately Sen. Ajibola lost the 2015 gubernatorial election and left the Senate, Hon. Ganiyu who was the then personal assistant, requested to be using Senator’s land of over eleven (11) plots located along Pipeline road, adjacent Excellence hall, for his block industry, a request graciously granted by his principal.

“He had been using the said expanse of land for the last seven (7) years, until the Senator requested for the return of the said land. The request was however unheeded by Hon. Ganiyu”, she stressed.

Speaking further on the development, a police source said, “Hon. Gabriel petitioned the Kwara State Commissioner of Police, alleging encroachment of his land and it was on that prompting that policemen were drafted to the disputed site to effect arrest.

“We arrested five (5) workers on the disputed land around 9:40am, thus Sen. Ajibola had to personally come to the station to sign their bail bond to secure their release. The arrested persons were eventually released some minutes after 3pm”, he added.