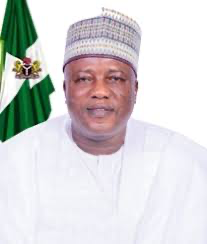 Member representing Ilorin Central Constituency at the Kwara state House of Assembly, Honorable Abubakar Magaji Olawoyin who doubles as the Leader of the House is dead.

Olawoyin died early hours of today, after a protracted illness. He is the second member of the the 9th Kwara Assembly to pass on, after Ahmed Rufai from Patigi, who died in December 2019.

Olawoyin’s death came two months to the March 2023 gubernatorial and House of Assembly elections, where he is also running for second term.

Olawoyin sponsored the Kwara state Sports Commission bill, he served as Constituency Manager for Senator Gbemisal Ruqqoyah Saraki while she was the Senator representing Kwara Central Senatorial district before emerging House of Assembly member under the platform of the All Progressives Congress in 2019.