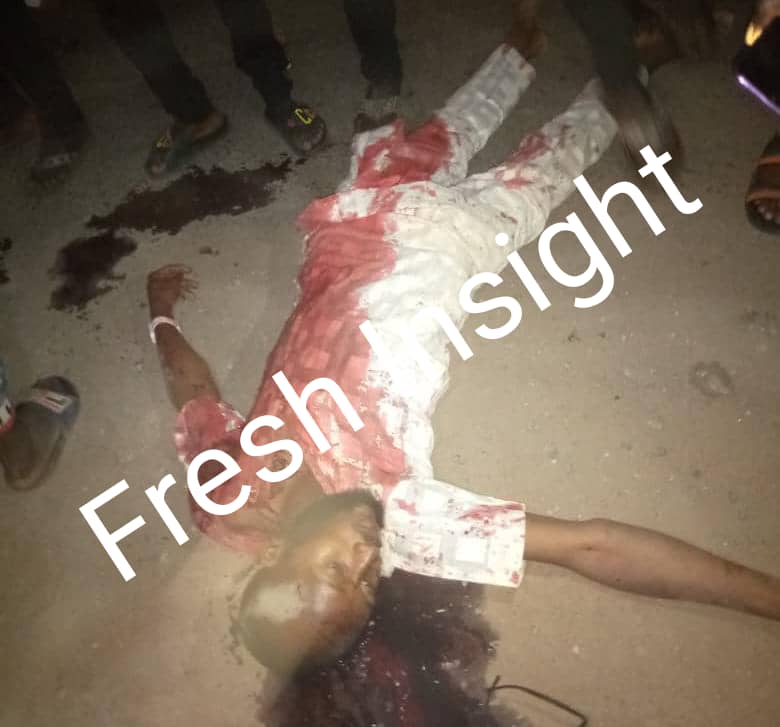 The Speaker, Kwara State House of Assembly has charged Contractors handling state government projects to imbibe the spirit to giving back to the community in form of Corporate Social Responsibility.

The Speaker, Rt. Hon. Yakubu Danladi Salihu, gave the charge while inspecting some projects at Lafiagi, Edu Local Government Area during the day 4 oversight tour to on-going projects in the state.

Rt. Hon. Yakubu Danladi Salihu said ”when such steps are taken, the communities will experience rapid developments and they would be more friendly with the Contractors.”

He also made case for patronage of indigenous artisans in the execution of all government projects so that they will be employed and make ends meet rather than staying idle due to influx of skilled workers from other places.

The contractor handling the Tsaragi-Batakpan, Mission-Secretariat and Tswata-Bodzo roads in Tsonga, all in Edu Local Government, Engineer Wang JiuLin had earlier told the lawmakers that he drilled borehole and rehabilitated some roads in the area as part of his corporate social responsibility.

Engineer JiuLin however made case for additional funding of the Tswata-Bodzo road in Tsonga where he explained that 1.3 kilometres was originally awarded but after completion it is 1.5 kilometres.

Rt Hon Salihu and his colleagues were also at the Government Secondary School Lafiagi to inspect comprehensive renovation of the school where the legislators expressed satisfaction with the pace and quality of work, urging the contractor to sustain the tempo.

In their separate remarks, the Principal of the school, Alhaji Abdullahi Etsu, member representing Edu Constituency, Hon. Ndanusa Guyegi and the chairman House Committee on Education, Hon. Muhammed Baba-Salihu described the construction and renovation of the school by the present administration as historic and impactful, noting that the conducive environment would spur teachers and students to bring out the best in them.

The lawmakers were also at the Unity Secondary School Tsaragi to inspect renovation of 3 units of classrooms.

The General Manager of the State Water Corporation, Engineer Sheu Umar who made this known while conducting the lawmakers round the Lafiagi Water Works in Lafiagi said connecting the community to national grid will put an end to the electricity problem.

Engineer Umar said that the Lafiagi Water Works has the capacity to supply water to many communities but this had always been hampered by lack of electricity in the area as they can not boost of two hours power supply in three weeks but it still manage to pump ten thousand litres of water through the use of generator every two days.

The General Manager along with the state Commissioner for Water Resources,Hajia Arinola Lawal appreciated Governor AbdulRahman AbdulRazaq for providing generator set and other equipment to enhance water supply in the area.

He said that plans are on to expand the reticulation and go back to what he described as “old arrangement where the local government council support the water works with supply of diesel and providing security for the water installations.”

Rt. Hon. Salihu implored the Commissioner and management of the water corporation to channel other requests they have to Governor AbdulRahman AbdulRazaq.

In a related development, The Deputy Speaker of the Kwara State House of Assembly, Honourable Raphael Adetiba has charged Kwarans to take possession of government properties in their area for safeguarding and proper maintenance after commissioning.

He gave the charge while leading other members of the House to Kaiama local government area of the state in continuation of the House oversight function on public projects.

The Deputy Speaker, who commended the contractors handling the various projects visited, enjoined them to carry out jobs that can stand the test of time so that the people will enjoy the benefits of the project initiated by the Abdulrahman Abdulrazaq administration in fulfilment of his campaign promises to Kwarans.

Hon Adetiba, while speaking at the Palace of the Emir Kaiama, Alhaji Shehu Omar Muazu, said when the government is given the required support, more dividends of democracy would be provided to the communities.

He solicited the continuous support of the government and assured them other projects would be done in the local government area.

The Emir of Kaiama in his response appreciated the state government for the job done so far in the area.

He, however, appealed to the House to ensure the Kishi – Kaiama Road project awarded more than six years ago begins in earnest, as the people of the area are facing untoward hardship commuting to and fro the local government.

The projects sites visited include construction of a block of class room and rehabilitation of another block at the Government SecondarySchool, Alapa, In Asa Local Government Area, the ongoing complete renovation of the Government Unity school, Kaiama, Gwaria Ring Road project, Gwaria Basic Heath Centers and water projects in Kaiama.