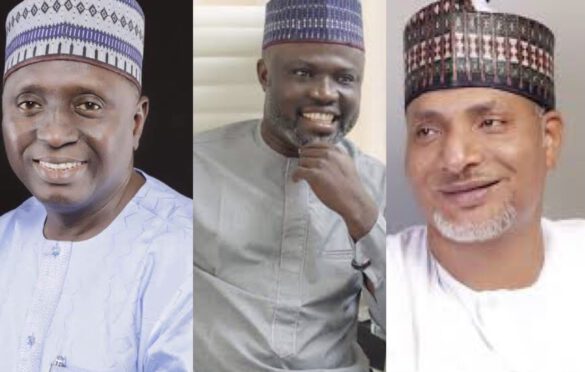 By Abdulrasheed Akogun
The outgoing Senator representing Kwara Central at the red chambers of the National Assembly has carpeted Gov. Abdulrazaq Abdulrahman over the ruling All Progressives Congress (APC) party primaries as a charade, stressing that the Governor is treacherous.
Senator Oloriegbe made this allegations while appearing on Channels Television flagship program’Sunrise daily’ this morning which was monitored by Fresh Insight.
He said “The Governors decided what happens with fiat, without any semblance of democratic tenets being followed in virtually all the States. In almost everywhere there was no proper election of delegates, the Governors only selected those they fancied.
“Like in Kwaran State, Governor Abdulrahman Abdulrazaq just sat down with few of his people one night and they produced a supposed delegate list for the whole State.
“The aspirants didn’t even know the delegates, they change them at will. Thus, they only selected those that’ll take instructions from them, in some instances some even took oath.
“Majority of Kwara electorates wanted me to return to the Senate because of my sterling performance, yet the Governor didn’t and that’s why he instructed and coerced the handpicked delegates to vote against me at the primaries.
“I challenge the Governor to a public meeting. Can you imagine a month after the so-called primaries, my Governor hasn’t deemed it fit to call me, how then do the party intends to win” he asked rhetorically.
“Up till 48hours before our primaries, I had very cordial relationship with my Governor, he just cut off ever since because of his treacherous actions against me at the primaries” he added.