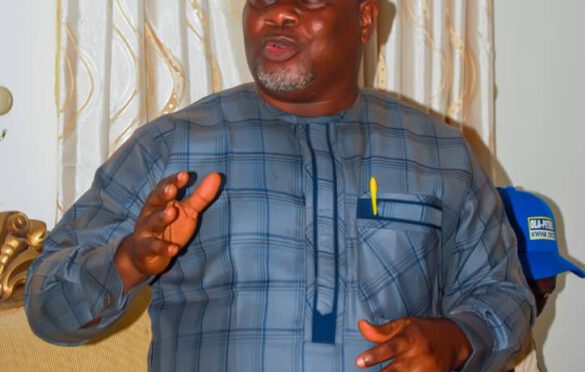 An House of Assembly Aspirant for Share/Oke-Ode Constituency under the platform of the All Progressives Congress (APC) Chief Oladipupo Ola-Peters has died peacefully in his sleep in Lagos State this morning.

Ola-Peters who was until his death a Chieftain of the APC from Ilere district of Ifelodun local government area of Kwara State.

It would be recalled Ola-Peters was one of the aggrieved aspirants for the botched House of Assembly party primaries, which was crisis ridden.

Until Ola-Peters’s death he was still hopeful of being the candidate, as at this morning neither primaries nor consensus was used at arriving at whoever will fly the party’s ticket at the General elections for Share/Oke-Ode Assembly seat next year.