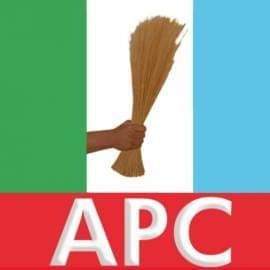 By Imam Moromoke
A group within the Kwara State Chapter of the All Progressives Congress, known as APC Integrity group have kicked against the appointment of the Governor’s elder sister, Sen. Khairat Gwadabe, describing same as an “assault on democratic values.
It would be recalled the Maimala Buni led caretaker National Working Committee of the party had few days ago announced the appointment of Governor Abdulrahman AbdulRasaq’s immediate elder sister, Hajia Khairat Gwadabe as a member of the 61member APC National
Revalidation/Registration Appeal Committee.
The group through its press release signed by its Director of Media and Publicity, Comrade Abdul-Rahoof Bello described the appointment as “unacceptable, fraught with illogicalities, nepotistic and smacked of assaults on
democratic values, given her antecedence in Kwara politics.
” If the objective of the 61-member Appeal Committee was to rectify
the injustice arose from the wishy-washy Membership Revalidation/Registration exercise in Kwara State, then, Hajia
Khairat Guadabe was a misfit and the noble mission of the Committee stands defeated on arrival.
“Hers was a tragedy of personification of injustice to Kwara State APC members. To whom shall we report, when justice lies in the hands that had wronged?”
“Here was a Governor’s sister who worked in tandem with Sen. Dan Boy’s
Committee to commit all sorts of atrocities and impunities that
against the party’s interest in Kwara State.
“With Sen. Khairat Guadabe, the Revalidation/Registration
exercise remains inchoate in Kwara State as over 70% of legacy
members of the party were deliberately marginalised and disenfranchised for 2023 agenda.
“On good authority, the appointment of Governor Abdulrahman sister was a subterfuge by a family to reincarnate the odious godfather politics already rejected by kwarans with the popular
votes given to our party (APC) in 2019 elections.
As far as the APC Constitution allows us, if the National Caretaker Committee feels convinced that it is only Governor Abdulrahman AbdulRasaq and his family members alone it could work with, then we need no soothsayer to predict the party is facing the prospect of self-immolation in Kwara State.
” No civilised and responsible group of people would accept such
an “empress” lustful of power on that Appeal Committee, to sustain absurdity and travesty of justice to the decent members of APC in Kwara State. This could be likened to allowing a ‘Judge’ sit in his/her own case.
“It would have made no difference if she was to be deployed in
another State. The infectious virus of her credibility problem
remains incurable” it added.