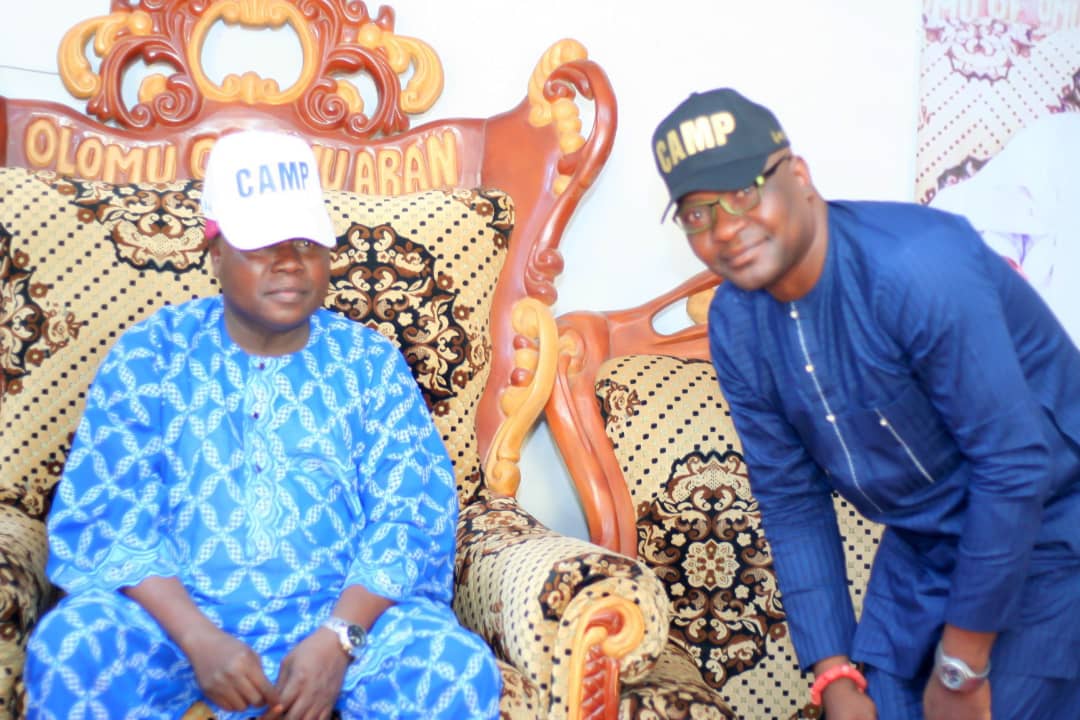 By Imam Moromoke
The Olomu of Omu-Aran Oba AbdulRaheem Oladele Adeoti Akolade Agboluaje has thrown his weight behind the second term bid of the Gov. Abdulrahman Abdulrazaq.
The Olomu who made this disclosure while playing host to Comr. Ayeni Yinka Dallas, the convener of Continuity Agenda a Must Project (CAMP) and his team, commended the strides of the Abdulrahman Abdulrazaq led Kwara State Government, stressing that his administration is a “paradigm shift in all ramifications.
He said “I am not a politician, I’ve never been, facts are however sacrosanct. We’ve had several governments in this State, I can say without fear of contradiction that what we have today is a paradigm shift clearly different from the past.
“We have a Governor who is neither extravagant or ostentatious in all ramifications, he’s arguably the only Governor not living luxurious and flamboyant lifestyle in the Country today.
” If Kwara can continue with him for the next 6 years, then the future generations will be proud of us all.
“His impact is felt in all sectors of the economy from Health, Education, Infrastructure, just name it. More importantly he has prioritised the masses by teaching them how to fish rather than giving them fish.
I throw my weight behind the CAMP team and pray the Governor is returned for the second term, which will afford him opportunity to continue and complete the good works he’s started, he added.
Speaking earlier on the rationale for visiting the ancient palace, the group’s convener Comr. Ayeni Yinka Dallas said ” Few weeks ago, I addressed a world press conference at the Kwara State NUJ Secretariat, with a promise to unveil a multipurpose vehicle for the reelection of Gov. Abdulrahman Abdulrazaq, that vehicle is CAMP, which we have inaugurated today, sir. 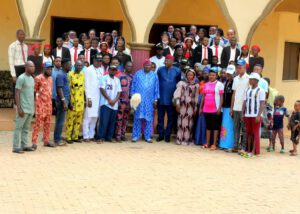 “As you well know sir, I was one of the front liners that campaigned against the Otoge coming during the last electioneering exercise, I was to the glory of God a serving local government Chairman, precisely Ekiti local government.
” I however, having considered the reality of the day, comparing and contrasting will thus be at the forefront of championing the second coming of Gov. Abdulrahman Abdulrazaq, by relying solely on his achievements towards ensuring the naysayers doesn’t succeed in selling falsehood to the people.
“The task we’re taking upon ourselves will most likely be a thankless one, it might end up creating for us more enemies, it would most likely lead to us losing some of our friends, for the sole reason that we’ve chosen to form a shield around Gov. Abdulrahman Abdulrazaq and take the bullets for him.
“The enemy of the Governor and his government keeps growing, therefore if we take up the responsibility of marketing Gov. Abdulrahman Abdulrazaq, we’ll thus inherit all those enemies, but we must regardless remain undaunted, because we’re embarking on a journey that will shape future of the State and thus, we’ll be writing posterity in our favour.
It is on that note we’ve come for your royal blessing of the journey we’re about embarking on, we’re rest assured that with your fatherly and royal blessing, the CAMP team across the 7 local government areas of Kwara State will have a blessed path and deliver on the mandate.