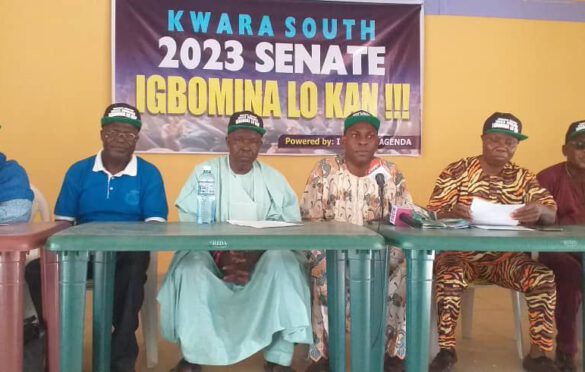 The Igbomina Agenda, a political pressure group within the Kwara South Senatorial District of Kwara State has made case for the ceding of the Senatorial seat to the Igbomina block in the interest of justice, fairness and equity.

Igbomina which is one of the socio-cultural tripod of the Kwara South also have the Ibolo and the Ekiti bloc to complete the tripod.

The group at its press conference addressed by its Secretary, Akinjide Ogunyemi which held at the Igbomina House, Ganmo, made case for the ceding of the slot to the Igbomina leg which boast of 3 local governments – Irepodun, Ifelodun and Isin out of the 7 local government areas making up the Senatorial District.