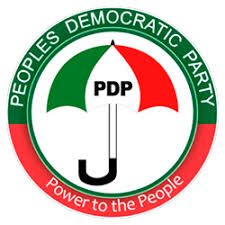 A short while ago, I read an official statement from my Party- The Peoples Democratic Party on the long time awaited news to one of the most productive Zone that had over the years hoping to produce a Governor for all Kwarans. That my party-The Peoples Democratic party had zoned its Governorship slot to Kwara North.

Today, I want to say the people of Kwara State had spoken-and spoken decisively. Let me speak decisively in return. I’m writing this piece as a Kwara Northerner who had over 2years aired his views through various opinions writing, to speak, solicit, encourage, and even sometimes play a hard to get on the issue of 2023 Governorship debate.

I want to first acknowledged the efforts of the party and personal commitment of all our leaders from both Kwara Central and Kwara South in their resolve to concedes the Governorship slot to Kwara North. As an advocate among many voices,
I want to specially thank the peoples admirer- the former Senate President, Dr. Abubakar Bukola Saraki on his resolve that the politics of yesterday are no longer the same, and that the views of the populace must be heard and acknowledged. A prove of your new leadership, I salute you sir.

I also owe a debt of gratitudes to all members of People’s Democratic party stakeholders in Kwara Central who had earlier shown their interest to contest for the Governor of Kwara State but resolved to humbled our struggles of hope, fairness, and unity for all. I thanked them and the people of Kwara North are indeed humbled. Kwara North will never disappoint Kwarans as our hope and unity of togetherness had been reinforced . We love you all.

To my Kwara Northerners I say, well played. But now let have no personal abuses, division and pettiness. Let us be better than that. Let us have a new start, and move forward to meet the great challenges we face.

To my fellow Kwarans I say, in the end we all Kwarans, and the government a Kwara Northerner will lead will be a government for all Kwarans. As we go forward to meet the challenges ahead of all of us in the next election, we would listen, for listen we must all go forward, listening together, as we work together to making sure a Kwara Northerner emerge as the Governor of Kwara state come 2023.

All Kwarans are good people and believe in their coexistence with strong belief that the side by side relationship among every sons and daughters of the State are genuine and will effortlessly contributed hugely to see that justice, fairness and equity to see a Kwara Northerner emerge as the Governor of Kwara State in the Year 2023 when it will be 23 years of democracy in the state without a Governor for all Kwarans.

Let us rise as one entity that every part of the State is important, and that every son and daughter of Kwara deserves to be honored. I want to sincerely thank you all once again for the honor by the people of Kwara Central and Kwara South. Thank you and thank you so much.