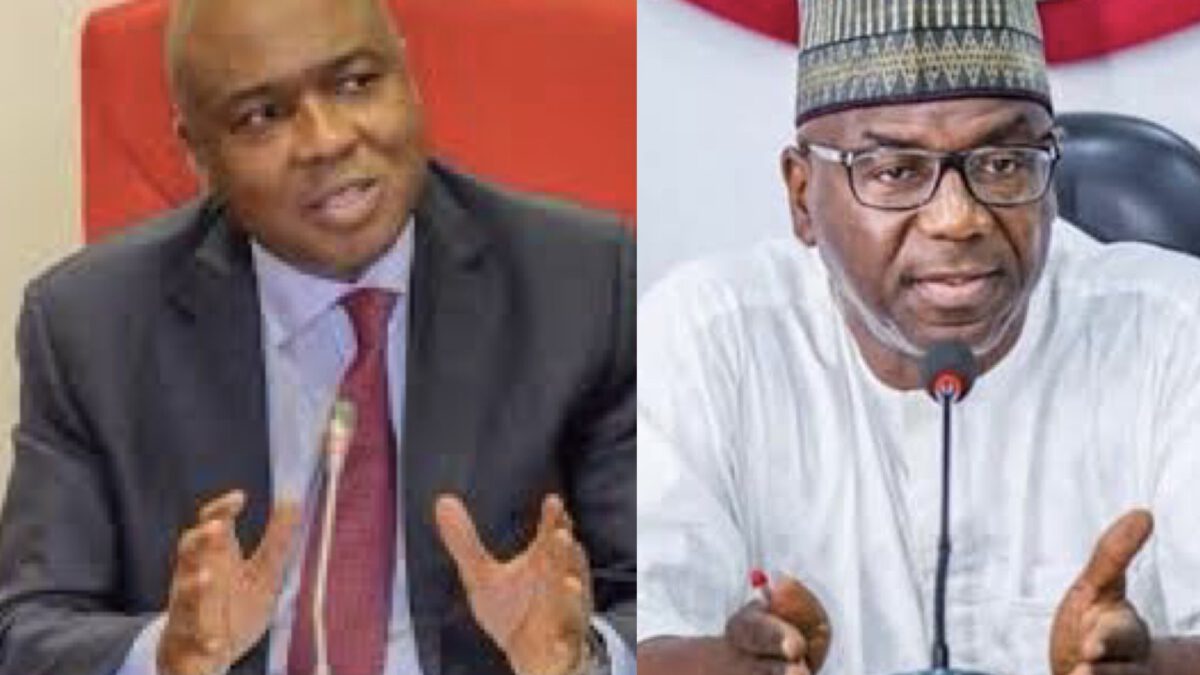 The Media Office of former Senate President, Dr. Bukola Saraki has replied to a ‘long essay’ written by Rafiu Ajakaye, the Press Secretary to Governor Abdulrahman Abdulrazaq where he claimed Saraki was attempting to rebrand his himself for a political relaunch by creating his own reality, as opposed to the Kwara he actually left.

According to a statement signed by Yusuf Olaniyonu, Head of Saraki’s Media office in Abuja, “Ajakaiye’s drifting with the name of Saraki is another diversionary gimmick being employed by a Governor and a government now reputed for failure to deliver on the numerous promises made to the people during elections.”

Olaniyonu said “Gov. Abdulrazaq to cure himself of the fixation with the name of a man who assumed the post he is presently occupying 18 years ago and rather focus on how to provide efficient governance to the people of Kwara State.”

He noted that “Governor Abdulrazaq has continued to display the attitude of a man suffering from inferiority complex and that is why he would always talk about Saraki who left the Office of Governor of Kwara State over a decade ago.”

“However, we consider it important to let the governor and his spin doctors know that the people have seen through their deception and thus, they should now direct their efforts towards delivering good governance to the good people of Kwara State.

“It is important for Abdulrazaq and his cohorts to be reminded that Saraki can never be governor again. He is not going to be on the ballot for the governorship in 2023. So, why do the governor and his government talk about Saraki every time? They should know that 2023 will be a verdict on whether he (the governor) had measured up to expectation as a competent and efficient administrator.

“The Kwara State governor should also know that 2023 will be a referendum on whether the promises he made to the people have been fulfilled. The election will not be about how many times he abused Saraki and what he did to antagonise the Saraki family.

“We also need to remind the Governor that the Peoples Democratic Party (PDP) to which Saraki belong will field a competent, well educated, experienced, and acceptable gubernatorial candidate in the next general elections in Kwara State who will be ready to debate the performance of the current government in public fora and tell the people what policies, programmes, and projects they should expect from him.

“The Governor and his aides will be suffering from the grandeur of delusion to think that the major issues in Kwara State come 2023 will be their repeated lies and propaganda or false claims. Also, the next elections will not be based on empty sentiments. It will be about serious issues, a clear referendum on the performance of the incumbent and how to make Kwara greater”, Olaniyonu stated.

It chided Abdulrazaq and his aides for thinking the governor could get re-elected only by attacking Saraki and using his name to divert attention from the many inadequacies of the present administration.

The Abubakar Bukola Saraki Media Office further noted that while the government owes a responsibility to the people to periodically give them an account of its achievements, every government should know that the people are more discerning and they can sift the truth and separate it from empty claims or mere grandstanding.