Freshinsight > Blog > The Bridge > Just before Gov. AbdulRazaq’s 2years in office
The Bridge

"We must be able to weigh to what extent our ideological strides have paid off politically, socially and economically; has it merely been taken advantage of by elites who seek power on the alter of personal egos as postulated by some quarters or has it bestowed on us a dignifying status as a determined people among comity of states? How has our sociopolitical orientation and values been affected by the generational shift of power?" 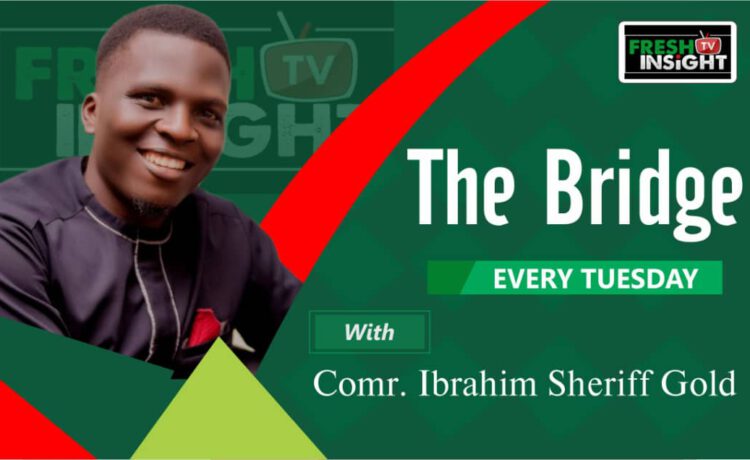 May 29th, 2021, will mark two (2) years of the reign of His Excellency, AbdulRahman AbdulRazaq as the Executive Governor of Kwara state. Beyond marking the swearing in of a new Governor for the State of Harmony, it is not out of place to say it was Kwara’s own Democracy day; it marks a turning point in our political history, signalling a new beginning, when the resolve of Kwarans to be deciders of our socioeconomic and political fates would be realized.

Two years down OTOGE line, measuring half-marathon of the dawn of new era in Kwara’s sociopolitical and economic journey, from provision of critical infrastructure across sectors; health, education, works, housing and urban development, economy among others, Kwarans across sociopolitical divides and economic class have, rightly or wrongly been judging the OTOGE government comparatively with successive governments of the State.

While the pro-establishment opined that the AbdulRazaq-led Kwara state government’s two (2) years in office has recorded leadership turnaround and great developments for the state, more than what was recorded under the last sixteen (16) years of Governors Bukola Saraki and Abdulfatah Ahmed, the anti-establishment purports that the government is without direction and yet to match up the leadership and developmental strides of the past administrations in the State.

Both the proponents and antagonists however, are not showing Kwarans any acceptable standard of comparison in term of leadership, social, economic and infrastructural development of the State within comparable time frame. Principle of fair measurement only permits comparison of Bukola Saraki’s first two years with Abdulfatah Ahmed’s and Abdulrahman Abdulrazaq’s first two (2) years.

Unfortunately, several commentators on the performance of political leaders are not even aware of what was done by Saraki or Ahmed in their first 2years in office, majority are only following bandwagons.

A data based, fair and comparable standard of comparison will come handy in empirically showing Kwarans whether or not our present is indifferent, better or worse than the past. Just like we don’t need men of yesteryears to keep telling us how to do rightly, what majority of Kwarans unanimously agreed they were incorrectly. We do not also need men of today to tell us they are better than those of the past. Both should show Kwarans their scorecards in an unambiguous and verifiable term.

Political leaders should be able to tell us with precision, within respective years they led the state, the kilometers of road constructed, the kilometers of roads repaired, educational health and economic infrastructures built, those rehabilitated and at what cost. It will not only serve as fair basis of performance measurement but help Kwarans assess the level of fiscal efficiency by various governments.

Just like shareholders of a company is entitled to annual reports and financial statements, Kwarans are entitled to financial details of all projects and programs of the government in an unambiguous and simplified manner that will enable all classes of citizenry rate performance of public officials accordingly. Unlike the blanket ministerial income and expenditure format of the State’s financial statements, the government may do well to avail Kwarans details of capital projects with their respective cost implications.

Giving credence to this, we must be able to dissect, with practical inferences, how our political and public institutional development has evolved over the last two (2) years, giving cognizance to all sides of political divides. This is important for us, as a people with rich and unique political history, which is becoming a reference point for other confederating states.

We must be able to weigh to what extent our ideological strides have paid off politically, socially and economically; has it merely been taken advantage of by elites who seek power on the alter of personal egos as postulated by some quarters or has it bestowed on us a dignifying status as a determined people among comity of states? How has our sociopolitical orientation and values been affected by the generational shift of power?

Going forward, the above questions among several other fundamental inquest will properly guide our judgment as to whether or not, we are actually making the change we need. Especially, now that OTOGE is in its half lap. 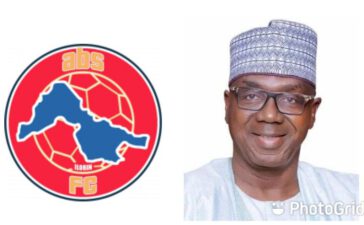