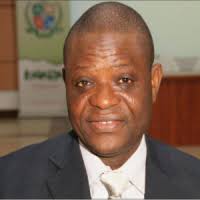 The Executive Board of the International Press Institute( IPI)- the global network of Editors, media executives, and communication experts devoted to a free press- has unanimously approved the nomination of IPI veteran, Raheem Adedoyin to the Board.

Adedoyin, a seasoned journalist and longest serving Secretary of the IPI Nigerian Chapter , was nominated unanimously early this month by the nigerian chapter to replace former Chairman of the News Agency of Nigeria, Mallam Wada Maida, who died last August.

The Board’s approval was conveyed to Adedoyin at the weekend by IPI Executive Director, Barbara Triofri.

“Congratulations, Raheem! I am very glad that you are a member of the IPI Executive Board and look forward to working with you!” Barbara said in her email conveying the approval.

A leading member of the Nigeria Institute of Public Relations, Nigeria Union of Journalists and the Nigerian Guild of Editors, Adedoyin has devoted his energy to growing the IPI in Nigeria.

Adedoyin, who headed the institute’s Secretariat for the hugely successful 2018 IPI World Congress and General Assembly in Abuja , Nigeria, is a regular delegate at the World Congresses and other IPI events.

He was at the inaugural meeting of IPI National Committees  in Baku, Azerbaijan, in 2011, and has been involved in IPI Advocacy activities, including an IPI Mission to Zambia  in 2010.

Adedoyin, who produces the glossy, celebratory “The *ICON*” Magazine, is also a member of the Advisory Board of the London-based African Leadership Magazine.

Grading of Chiefs in Jebba and Shao, Moro Elders fires back at Ilorin Emirate

One dead, others injured in Ilorin fatal accident