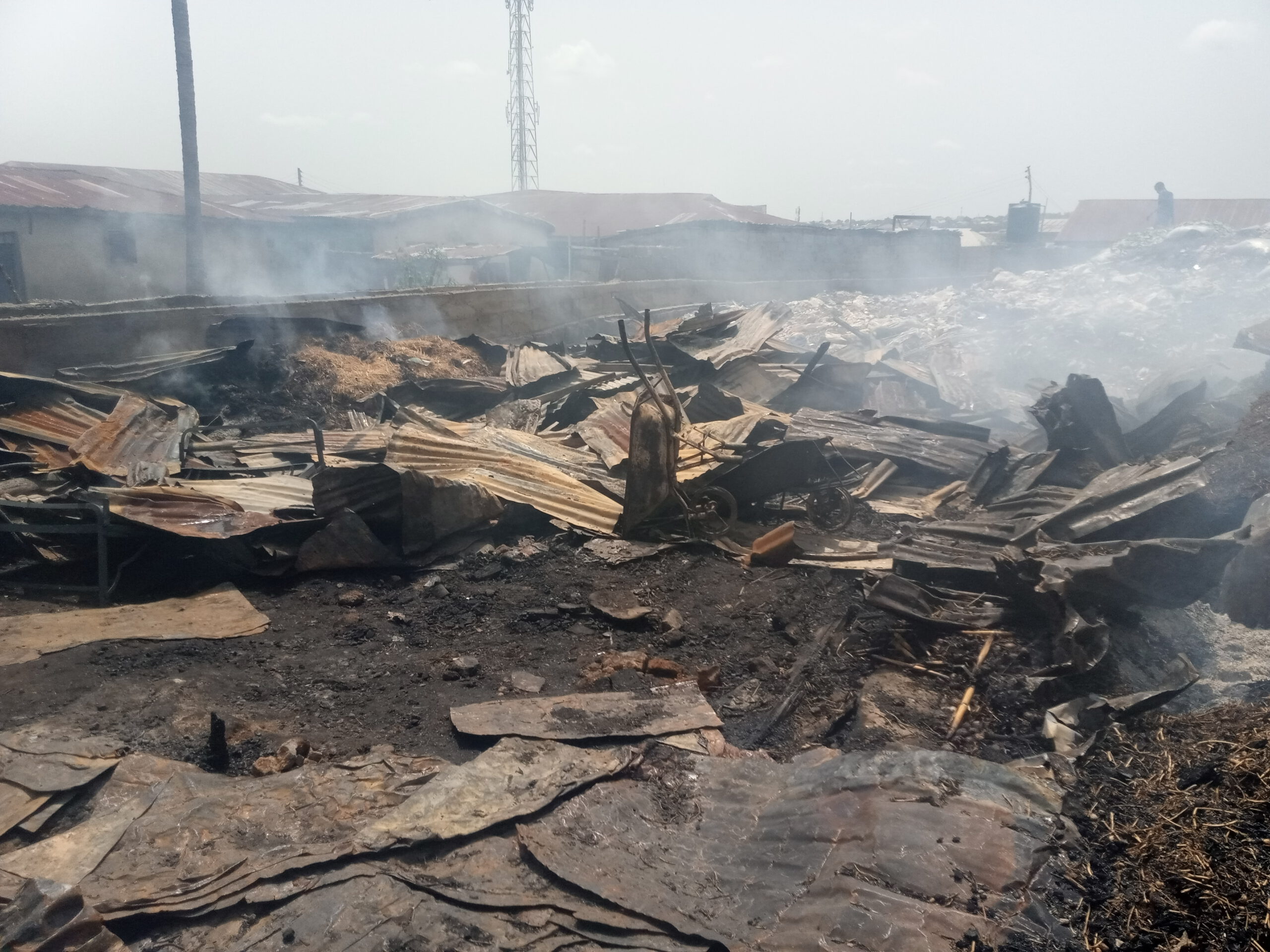 Traders at the popular Ipata market Ilorin have continued to count their loses, over the Thursday night inferno that gutted part of the market, leading to loss of goods and properties worth more than #20m, Fresh Insight can report. 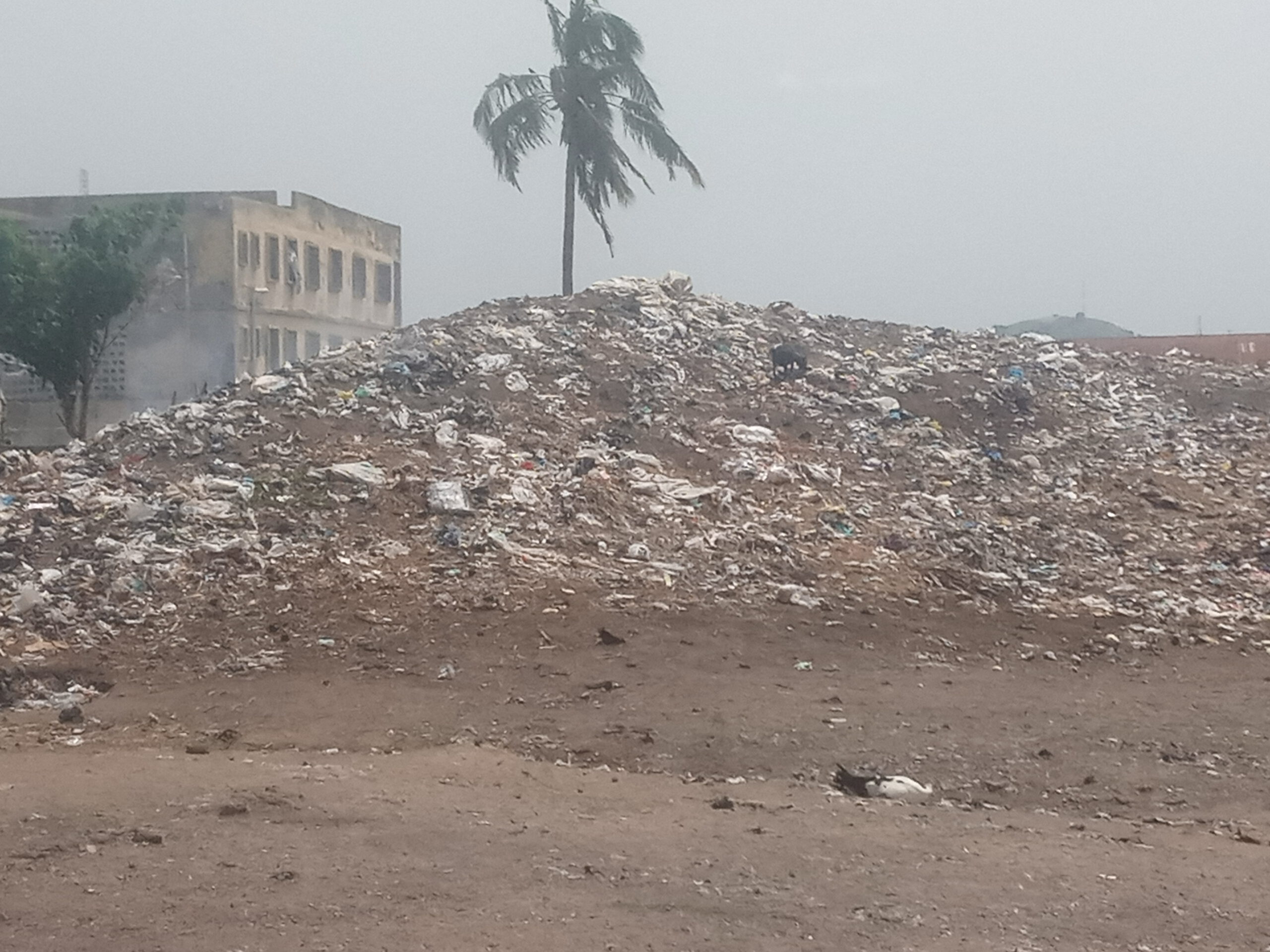 The fire incident which according to eyewitness was ignited by fire burning on the heaps of refuse within the market, was amplified and enhanced by the heavy breeze that preceded the mild rain that fell around 10:45pm on Thursday night.

Speaking on the development, the Babaloja of Ipata market Alh. Dauda Owura Omolabi bemoan the huge loss, stressing that no fewer than Twenty million naira (#20m) was lost to the inferno. He however solicited the support of the government and other well to do personalities in the society to come to their aid. 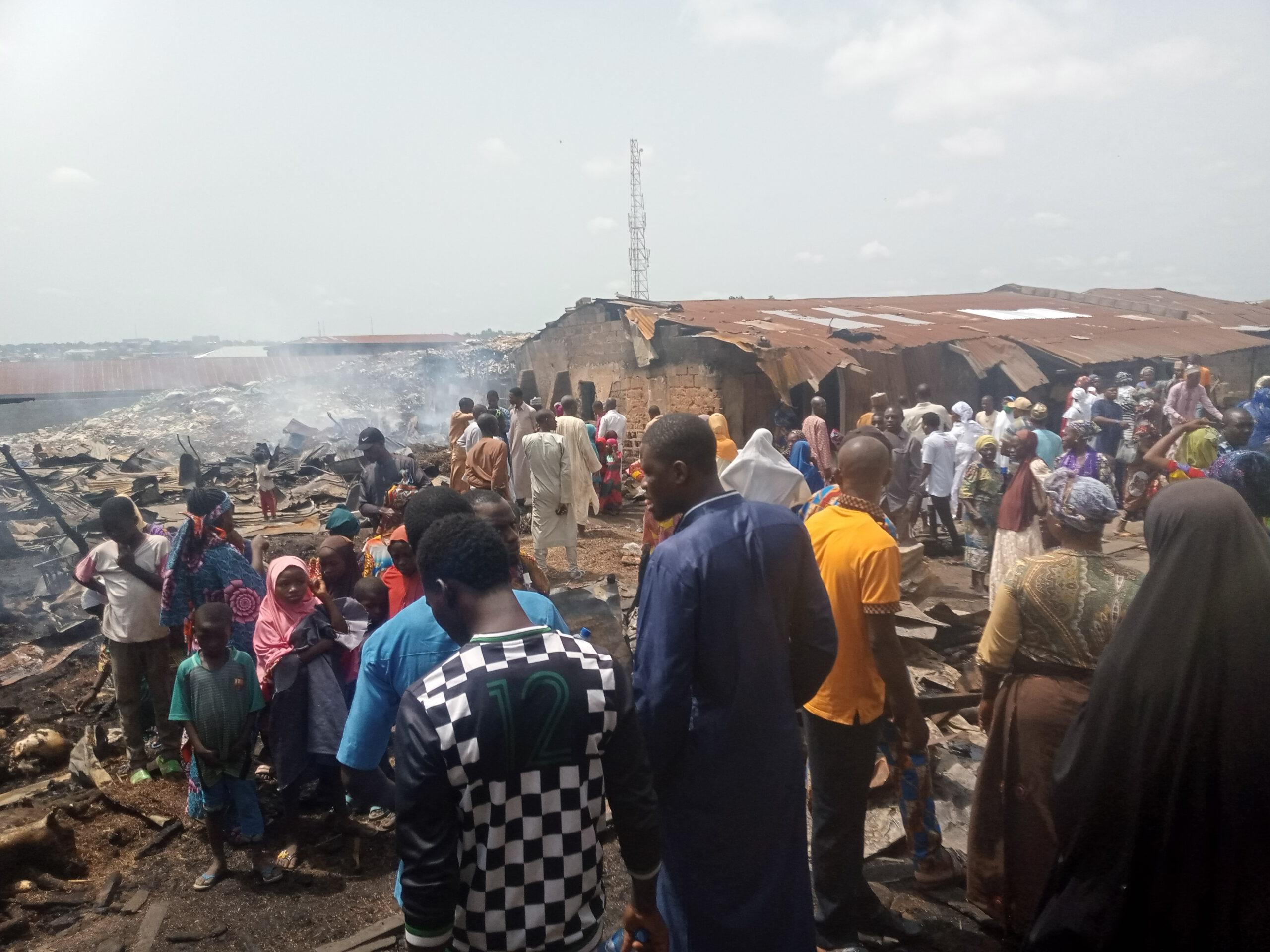 “Around 10:45pm on Thursday night, when the rain which was preceded by heavy breeze was about falling , it blew fire from the heaps of dumps behind the compound into the wooden shops in the market and it instantly gutted fire.

“Some cows were able to escape when the fire was raging, in the melee some people came and stole”, Owura added. 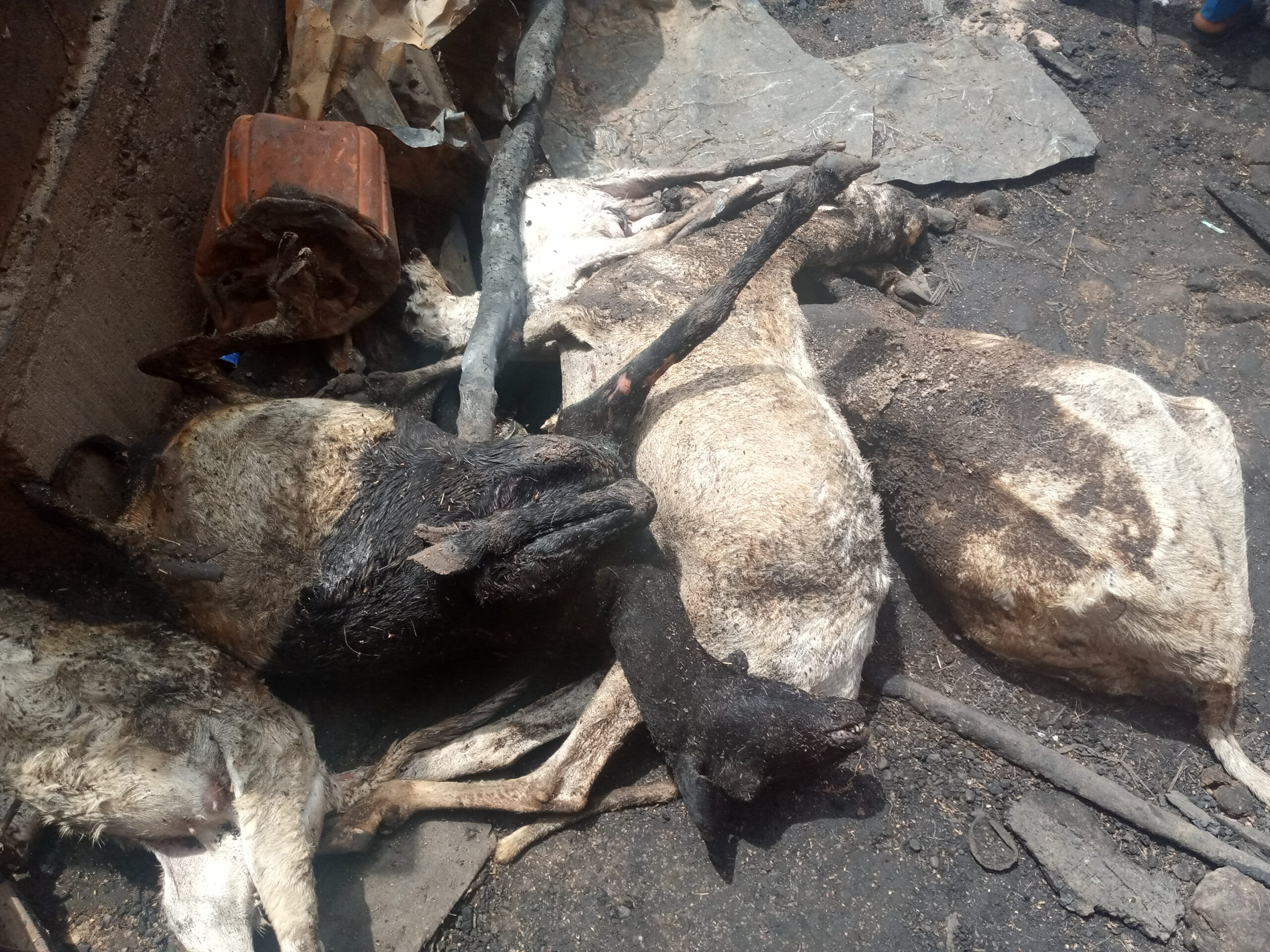 Lamenting the damage the inferno has done to his life, Aliu Oladoke Yahyah popularly known as Baba Elelubo, who according to him lost #1.4m in cash and goods worth almost #1.6m to the inferno. 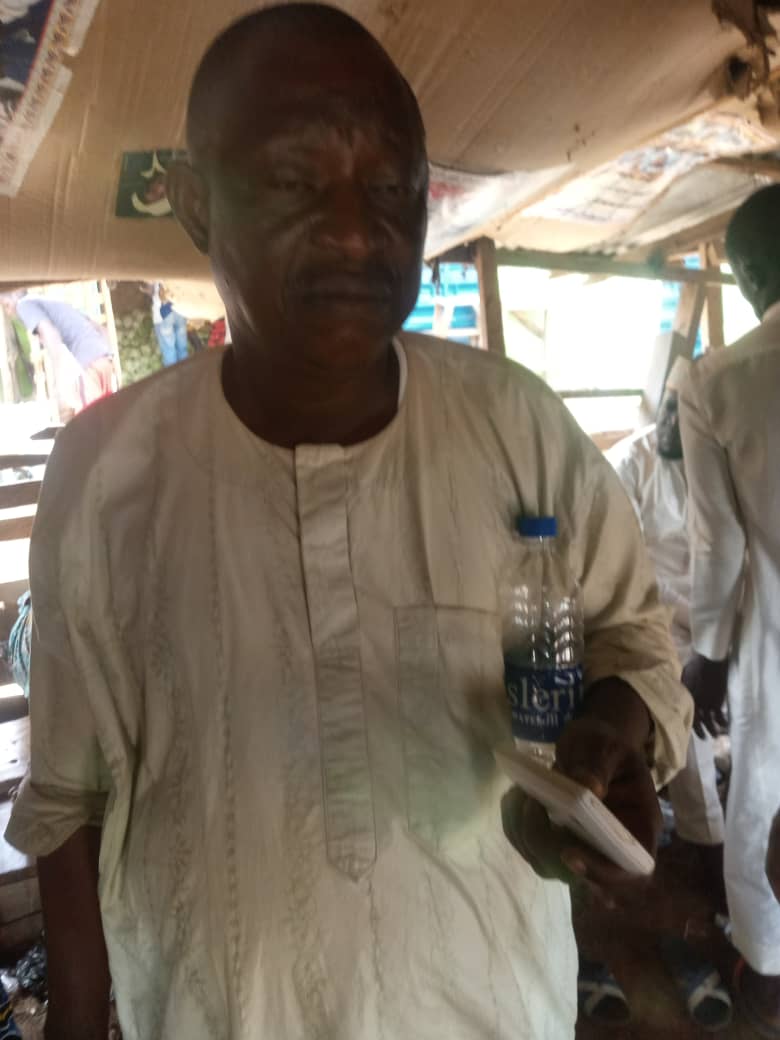 Giving a breakdown of his loss, he said “I had #1.4m cash in my burnt shop, I was supposed to go to the market for purchase early this (Friday) morning, I also have no fewer than 145 bags of various feeds in the shop, also I lost 5 bundles of roofing sheets to the inferno” he lamented.

Speaking in the same vein, a cow seller named Ahmed Razaq Olanrewaju who according to him lost 20 cows, Ram 15 and others put his loss at #4m. 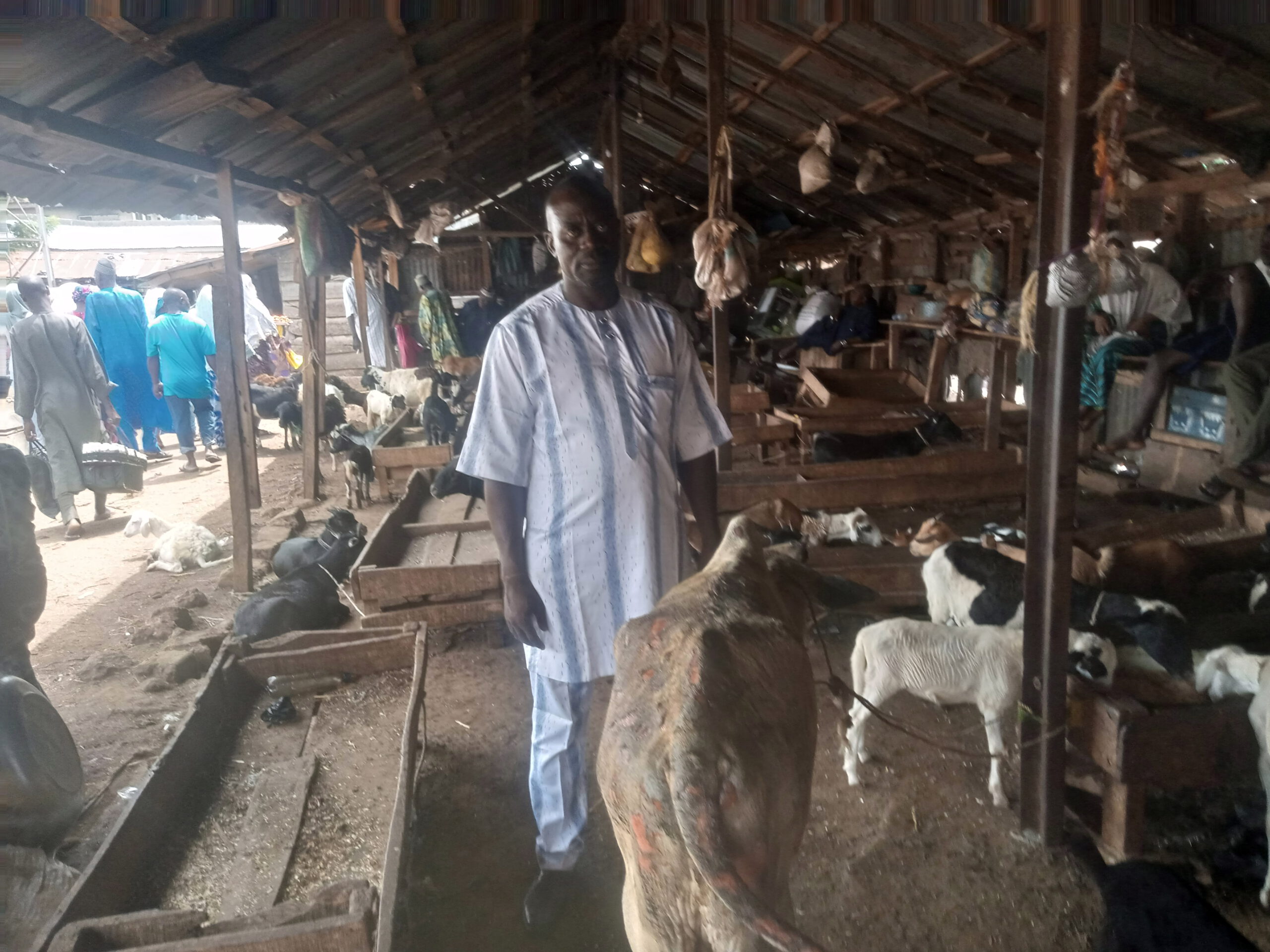 Olanrewaju while ruing his loss, bemoaned what had befell him, stressing that he newly both some cows few hours before the incident, adding that out of all his stock, he could only retrieve a cow, which was gutted by fire but escaped with injuries.

For Saheed Abdulrahman a feeds and cow dealer, he lost according to him #200,000 worth of cows and feeds worth more than #1m.

Lamenting how he had to borrow to restock, he said “I borrowed money just yesterday to buy feeds and other stocks, I’m left with just #1000 home and abroad”

For Kale Omolabi, a trader of cow, goats and rams, he lost nothing less than #1.5m to the inferno, expressing sadness that he’s now left with absolutely nothing. 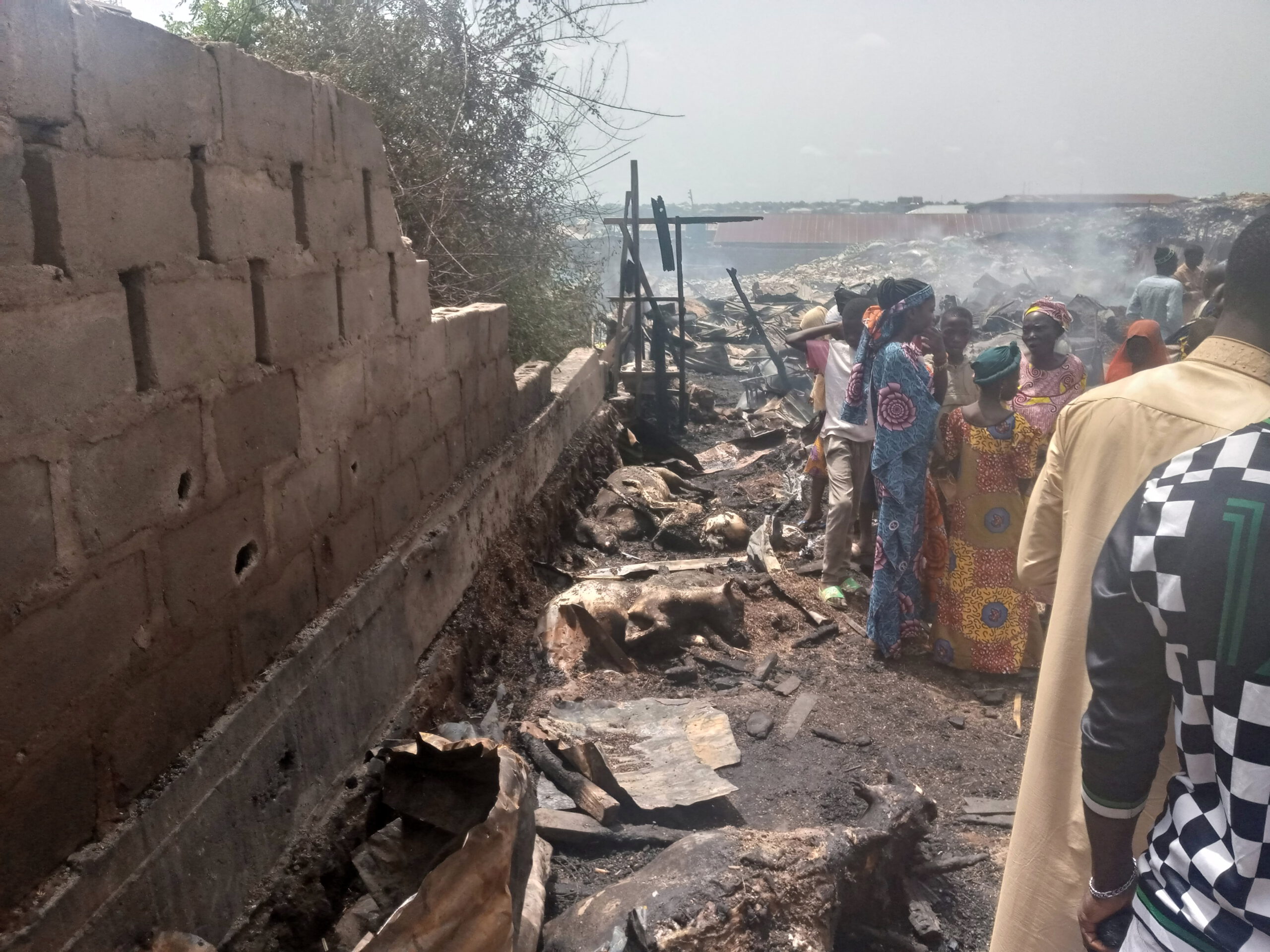 He however pleaded with government to as a matter of urgency assist them in completely evacuating the refuse heaps, stressing that apart from the fact that the fire jumped from the refuse, the health and environmental hazard it’s causing is unimaginable.

The Sokoto born Monsur Umar, who started business in the market almost 15 years, said he’s never experienced such incident in his life.

Umar who’s makeshift abode is a stone throw from the scene of the incidence while narrating how it happened said “I was sleeping when rain was about to start, I suddenly saw fire and before I could get here, fire already consumed my shop and was spreading fast.

“We started breaking the doors of all shops, so all the cows, goats and rams under lock were able to escape from the raging inferno, sadly most of them ran away.

Meanwhile, a fruit seller who craved anonymity has traced the root cause of the inferno to the Indian hemp smokers who usually converge on the refuse heaps at night to smoke all sort of stuffs, affirming that, they often smoke and drop the remnant of the smoke on the heaps, which often times catches fire and burn the refuse.

She said ” Any visitor to that dump site at night will meet a beheeve of activities, from smokers, to road side petty call girls among others, several unexplainable activities go on daily on that dump site and it is often accompanied with heavy smoking of stuffs” she added.