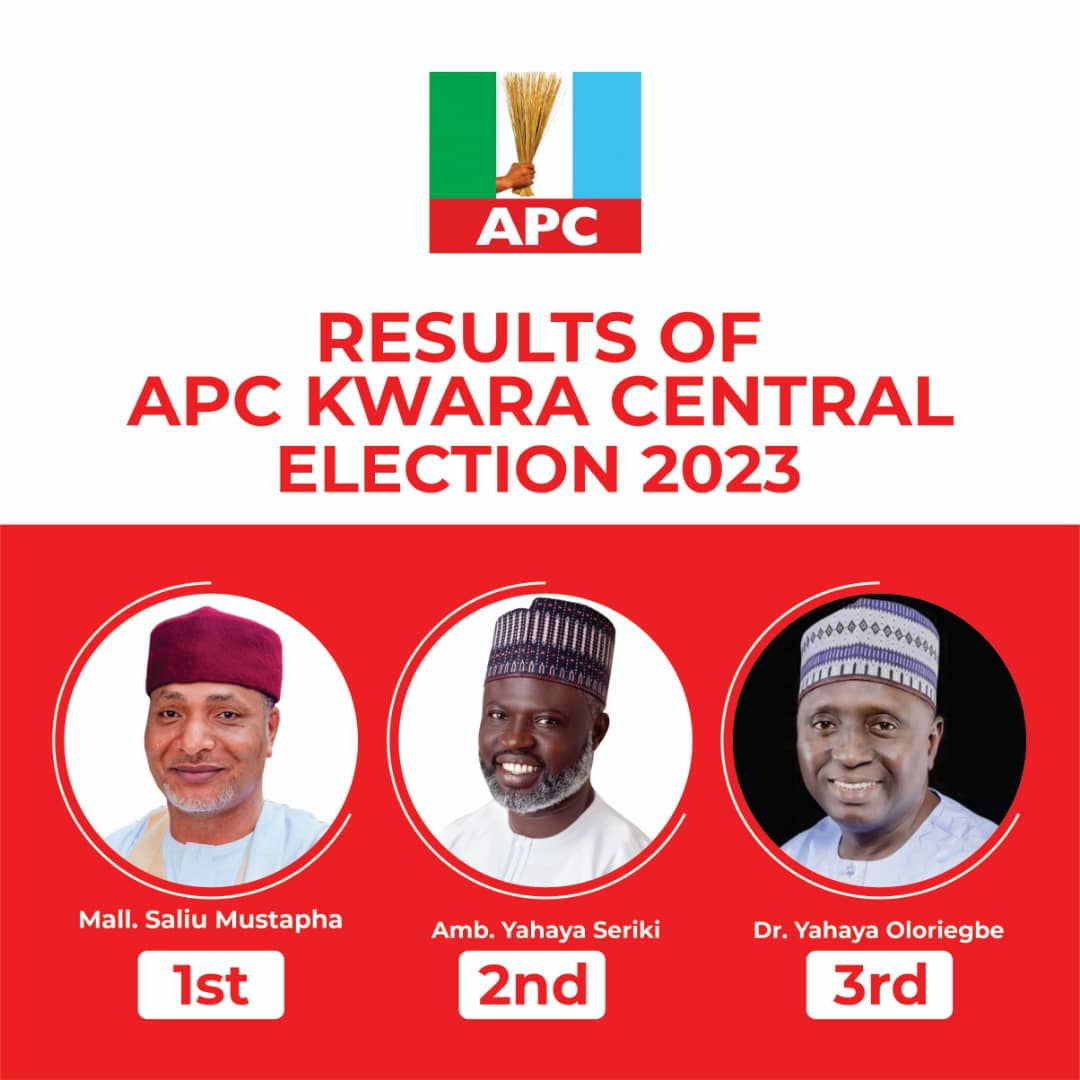 A former Commissioner for Education under the present administration who also contested the All Progressives Congress (APC) House of Representatives primaries for Ilorin East/South Federal Constituency, Hajia Sa’adatu Modibbo Kawu has dragged winner of the election and former Special Adviser to Gov. AbdulRahman AbdulRazaq, Mall. Ahmed Yinka Aluko before the Federal High Court, Ilorin in protest against conduct of primary election, Fresh Insight can authoritatively report.

In suit No FHC/IL/CS/52/2022, Modibbo also joined the All Progressive Congress, Kwara state and National Chairman of the party and the Independent National Electoral Commission (INEC) as defendants, challenging the victory of Aluko in the primaries held on 25th May, 2022.

In the suit, which was mentioned at the Ilorin Federal High Court today and adjourned to 2nd August, 2022 for hearing, Modibbo claimed the report of the APC House of Representatives Primary Election Appeal Committee for Kwara state recognized and affirmed her as the validly elected candidate and winner of the primary election in Ilorin East/South Federal Constituency in Kwara state.

The former commissioner contended that declaration of Aluko as the contestant with the highest number of vote cast at the primary election and eventual nomination as House of Representatives candidate is unlawful, illegal and contrary to the provision of section 84(5)(c) and other relevant provisions of the APC constitution and rule and regulations guiding primary elections.

Recall that in the APC primaries for Ilorin East/South Federal Constituency, Aluko was returned winner, after he was declared by the Party’s returning officer to have pooled 57 votes, while Dr. Afeez Abolore, Mohammed Brimah, Sa’adatu Modibbo Kawu and Jimmy Idiagbon pooled 37, 8, 11 and 2 votes respectively, which tallied with total accredited and casted vote of 115, according to the election result sheet exclusively obtained by Fresh Insight.

Modibbo however said “after recounting of the ballots as ordered by the Appeal Committee, it was discovered that the result has been seriously manipulated and the actual results and votes each candidate scored was as follows; Sa’adatu Modibbo Kawu – 48, Ahmed Yinka Aluko – 47, Afeez Abolore – 11, Mohammed Brimah – 8 and Jimmy Idiagbon – 2.”

“Upon ascertaining the above, the Appeal Committee decided that the plaintiff (Modibbo) should be returned as the validly elected candidate and winner of the 2nd defendant’s (APC) primary election in Ilorin East/Ilorin South Federal Constituency, Kwara state”, she claimed.

In her petition to the Appeal Committee, dated 29th May, 2022, she said “the total number of accredited voters was 115 and vote cast was supposed to tally with the number of valid votes, which should have been 115, but the distribution of votes was 102. There is a shortfall of 13 votes”, claiming “it is obvious that there was a glaring omission of total vote cast.”

In the affidavit in support of the originating summon, Modibbo however said despite being aware of the APC Appeal Committee’s decision, the State Chairman and National Chairman of the Party went ahead and forward Aluko’s name to INEC as winner of the primaries and APC’s nominated candidate for Ilorin East/South Federal Constituency and therefore prayed that the Court declare as the elected winner of the primaries.

According to a report of the Kwara state House of Representatives Appeal Committee attached as Exhibit in the law suit, exclusively obtained by Fresh Insight after the court session, four aspirants namely; Oluwasegun Awogbade, Abiola AbdulKareem, Hon. Ahmed Ndakene and Sa’adatu Modibbo Kawu were reported to have appeared before the committee.

A study of the Appeal Committee report submitted as exhibit by Modibbo also reflect a contradiction of itself, which might complicate the legal tussle. On one hand, the report said “On the basis of the conflict between the total votes cast and the actual votes recorded for the five candidates, the Appeal Committee resolved the matter in favor of the petitioner as the result of the recount shows that with a total vote of 48 valid votes, Sa’adatu Modibbo actually scored the highest votes cast at that primary election.

“The decision of the Appeal Committee therefore is that Sa’adatu Modibbo should be returned as the validly elected candidate and winner of the Primary elections in Ilorin East/South Federal Constituency.”

In its conclusion however, the same report of the Appeal Committee attached as exhibit by Modibbo reads “The Committee interacted with the aggrieved members to ascertain the merit of their claims. After thorough hearing was given to their submissions and thorough scrutinization of the various appeals in the spirit of fairness, the Appeal Committee realized there is no merit in these appeals.”

What is Gov. AbdulRazaq’s position?

As crisis looms ceaselessly in the Kwara APC, a natural question that would be asked by any political observer is the role being played by Gov. AbdulRahman AbdulRazaq, leader of the Party, whom outgoing Kwara Central Senator claimed dictated who get what in the recently concluded APC primaries.

While this puzzling question remains unanswered for problematic areas for APC like Ifelodun/Offa/Oyun and Edu/Moro/Patigi Federal Constituency, Ilorin East/Ilorin South is now part of the political complications, especially as the 2023 elections draw nearer.

A top source within Kwara APC  said “The Governor is not ignorant of these crises and he is an interested party and that is why you can’t find him wading in in any of these crises as the leader of our party.

“The Governor commands respect among party men and if he is ready to maintain peace among these contenders, he will. Unfortunately, the division these crises will create is not good for his re-election bid. I pray God guide him accordingly”, he said.

Attempts to get reactions of both Hajia Sa’adatu Modibbo Kawu and Mall. Ahmed Yinka Aluko proved abortive, as they were not available to respond to our correspondent at the time of filing this report.  Modibbo however pledged to get back to our correspondent.