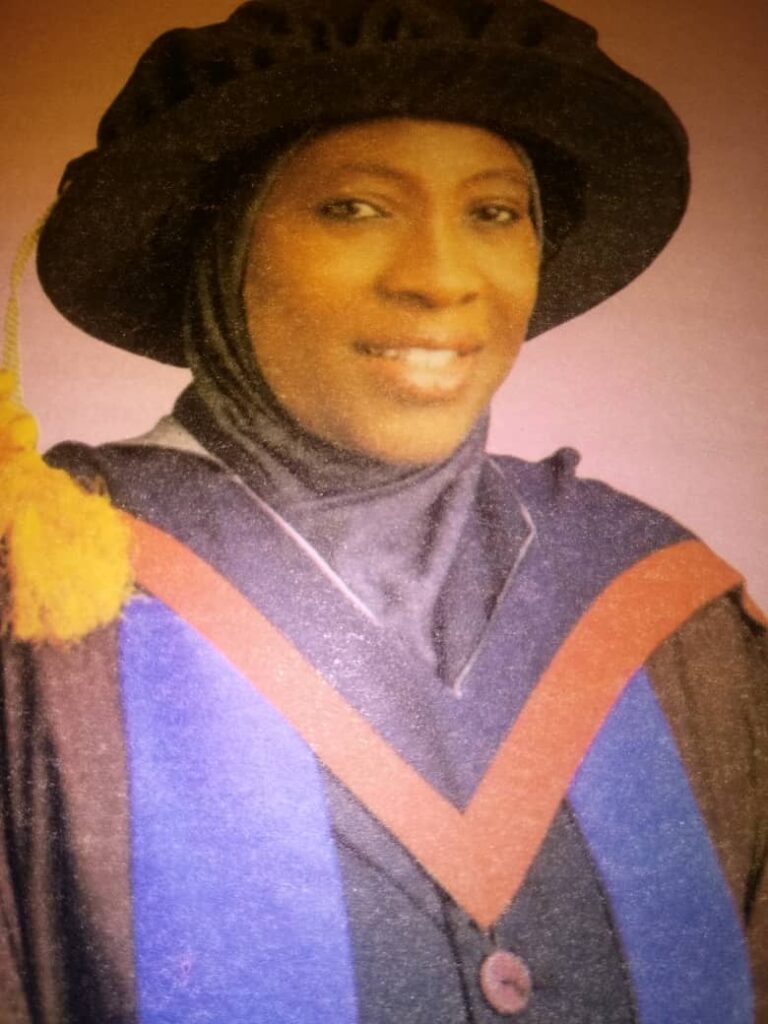 Professor Nimah Modupe Abdulraheem of the Department of Jurisprudence and international law, faculty of law University of Ilorin, has advocated for improved security presence in Schools across the Country owing to the growing incessant  security challenges facing the Country.

The University Don who disclosed this at the 197th inaugural lecture of the University with the theme ‘Genderising The Rights For Partnership Not Rivalry, Friendship Not Foe, Complementarity Not Confrontation’ at the University auditorium today, noted that in matrimonial relationship, parties should eschew superiority contest and see each other as partners, friends and helpers for the prerogative of who becomes the husband lies with the creator as they should always be conscious of divine injunction that the superior among them is the highest in piety.
She said “To stem the tide of social and physical abuses as security breaches in schools, government needs to cause improvement in security infrastructures around schools. Additionally, the authorities of schools have to pay increased attention to the safety of the female gender and to raise their consciousness about safety through security education.
“The guiding rules and regulations should always be interpreted taking cognisance of the creator as the ultimate ground norm whose purpose and intendments are embodied in those rules. The ultimate goal of the creator in the laws is to achieve balance in the rights of the two genders.
“The non-justiciability of educational objective ordinarily served as a refuge for many government authorities from performing their educational roles, especially, in the area of provision of infrastructural facilities to schools and institutions. However, rights advocacy is a veritable tool towards moving government to improve their performance in this area.
“It is therefore recommended that rights activists should increase their advocacy pressure in this regard. In addition, observance of due process should not be limited to federal government institutions and authorities but should be a process used for the award of contracts and other forms of patronage in all government educational facilities.
“Court, while interpreting verses prescribing female share of inheritance should take cognisance of the place of women under the islamic law system and other rights accorded women which could suffer jeopardy if a strict approach to the understanding of discrimination is applied.”

The University Don added that the trend whereby the female gender is politically stereotyped as incapable of holding state or national chief executive positions has no basis in the major Nigeria cultures, the constitution and Islamic law added that the capacity of a political aspiration should rather be assessed on the basis of personal attributes including competence, charisma and integrity and not on the person’s gender.