By Muhammed Salman
No fewer than 10 communities under the auspices of Albarka community in Ogidi area of Ilorin metropolis have cried out to the government over the state of its road. 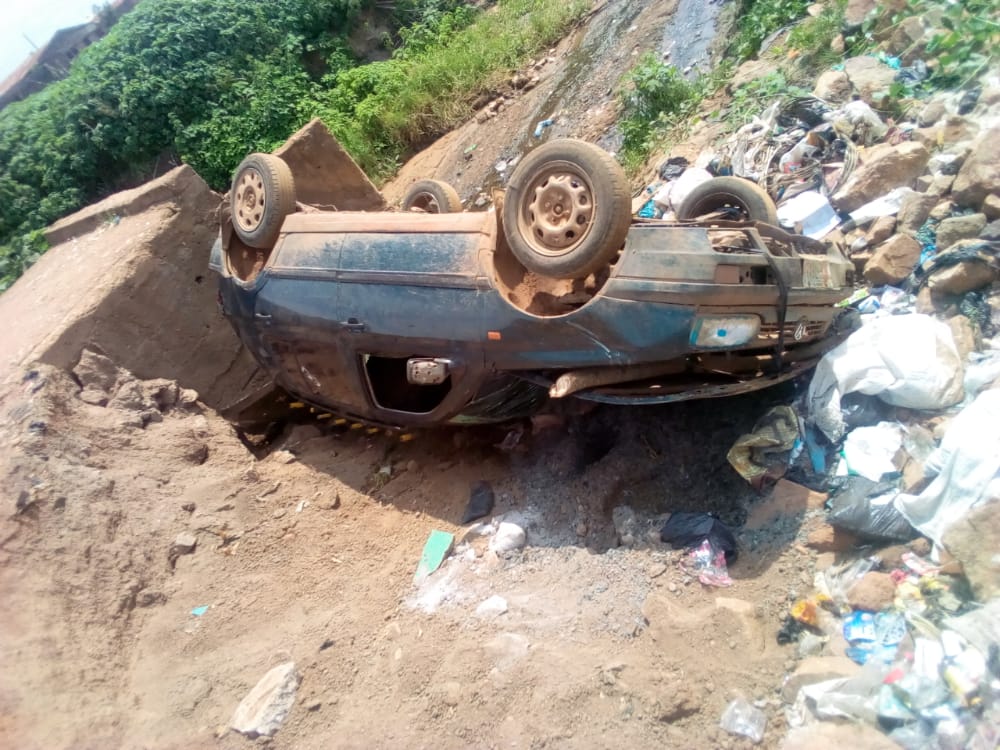 Albarka community which comprises about 10 communities; Ajangbadi, Hasbunallah, Albarka Zone A and Zone B among others, along Government Day Secondary School, Okekere, Ogidi, Ilorin via a chat with Fresh Insight, bemoaned the state of the road and lamented the non-action of the government after several letters, pleading for urgent remedy of the road.
Albarka community which links Kaima road transversing along Ogidi road, links Technical School to Medinah road, Gaa-Osibi, Ilorin south Local Government among others, is said to harbor a ‘dungeon’ which was as a result of erosion, has reportedly claimed several lives. 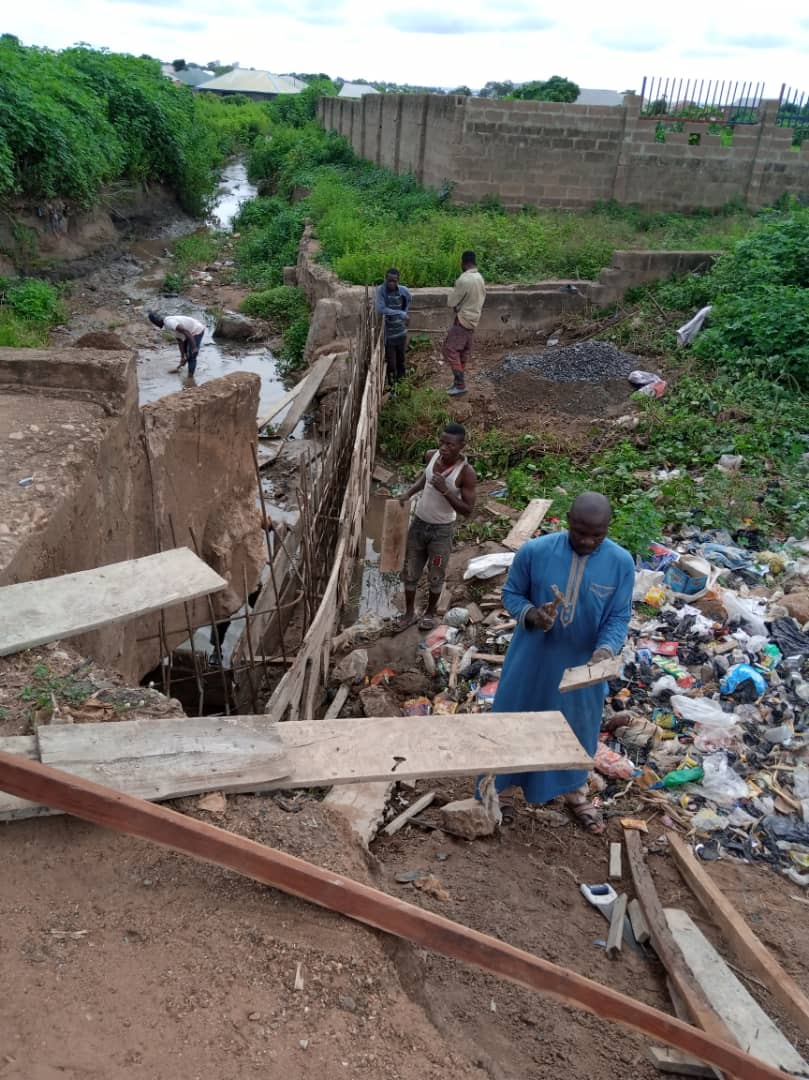 Speaking with Fresh Insight on the plight of the community, Albarka community association secretary, Engr. Tunde Kannike, pleaded for urgent attention of the State Government, stressing that with the incessant heavy downpour, the community is living in fear of disaster waiting to happen.
“The lives this place has claimed are so much and we are getting worried and scared it might claim more if nothing drastic is done. we have written series of letters to the office of State Governor, SSG,  House of Assembly and Kwara State ministry of work with no replies, acknowledgement or positive response to our pleas. 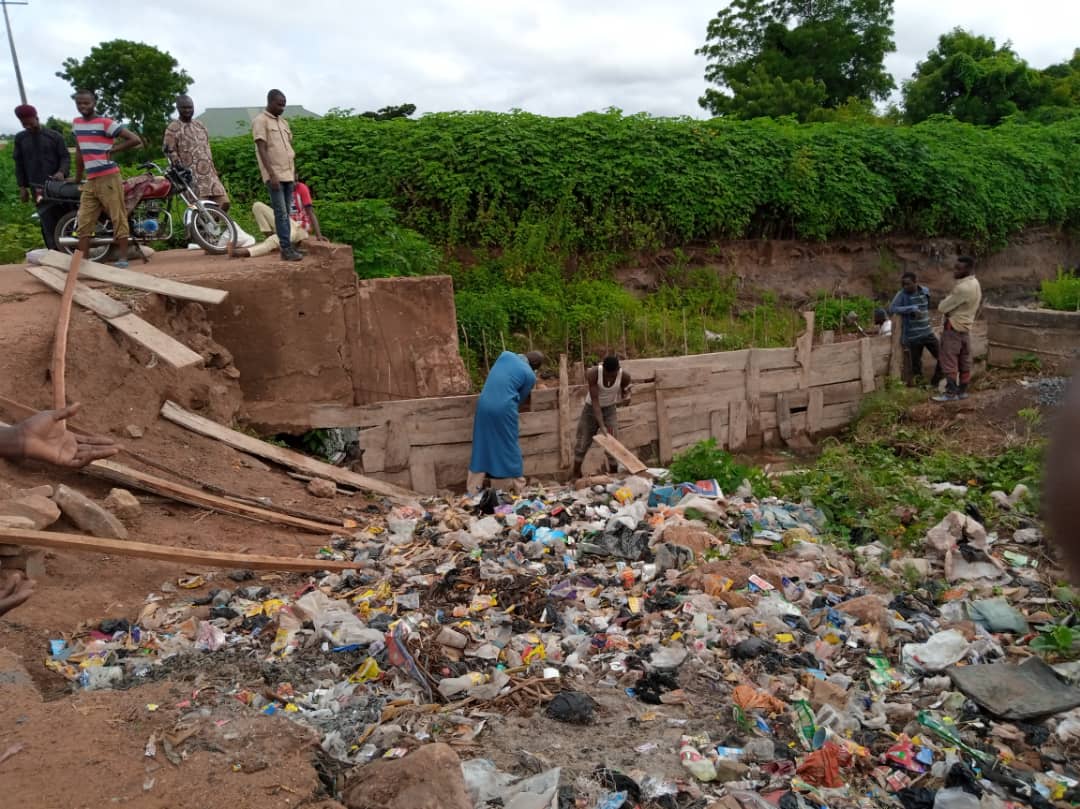 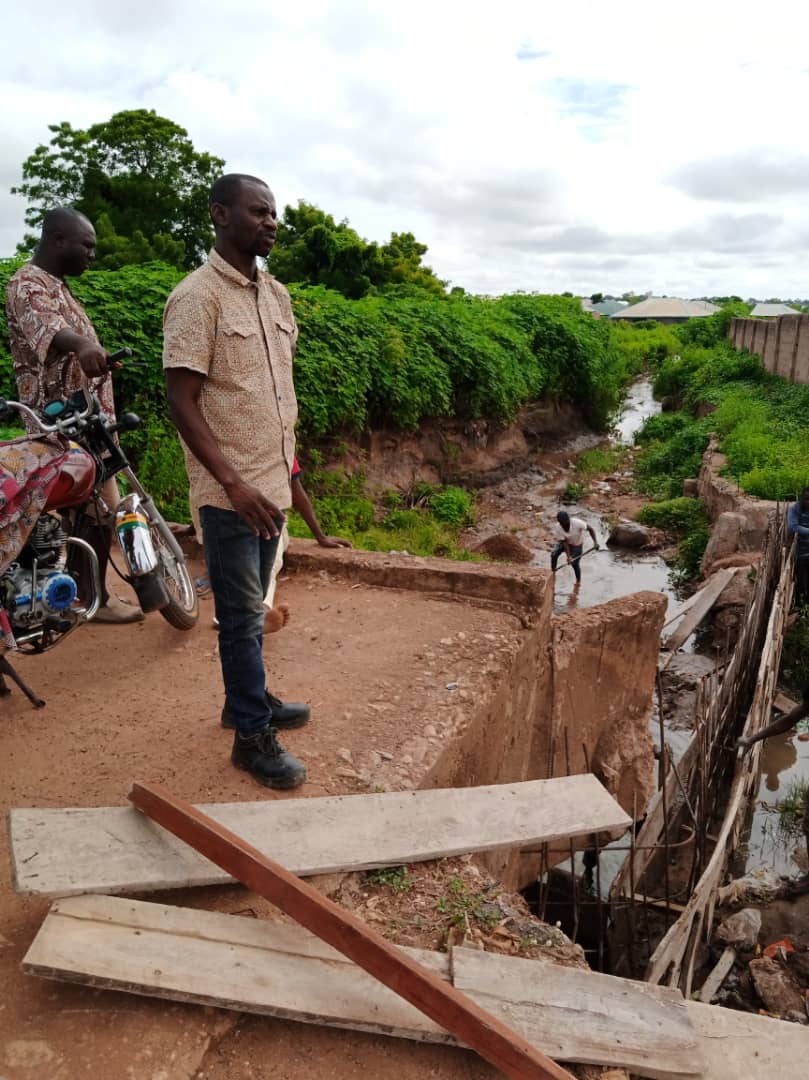 “Sometimes early this year, a vehicle ran into the pitfall carrying the whole family of 5, in the same vein, a Bus carrying building materials crashed inside among several other similar incident.
“The schools are expected to resume soonest and this is the major route that leads to our children schools. Many traders, farmers, commuters ply this road” he stressed.
When prodded on palliatives the community association have applied to the road ” We’ve been trying our best to remedy the situation even before it grew this bad. We have attempted to find lasting solutions to the menace by encouraging dumping of pebbles or refuse into the pit, with the aim of filling it up.
“It has however been counterproductive, as dumping of refuse there was later discovered unsafe and unhygienic and could lead to mass outbreak of diseases .It was on that note we contributed money to just put small efforts by doing menial bricklaying works for temporary solution, pending the time the government will listen to our pleas” he added 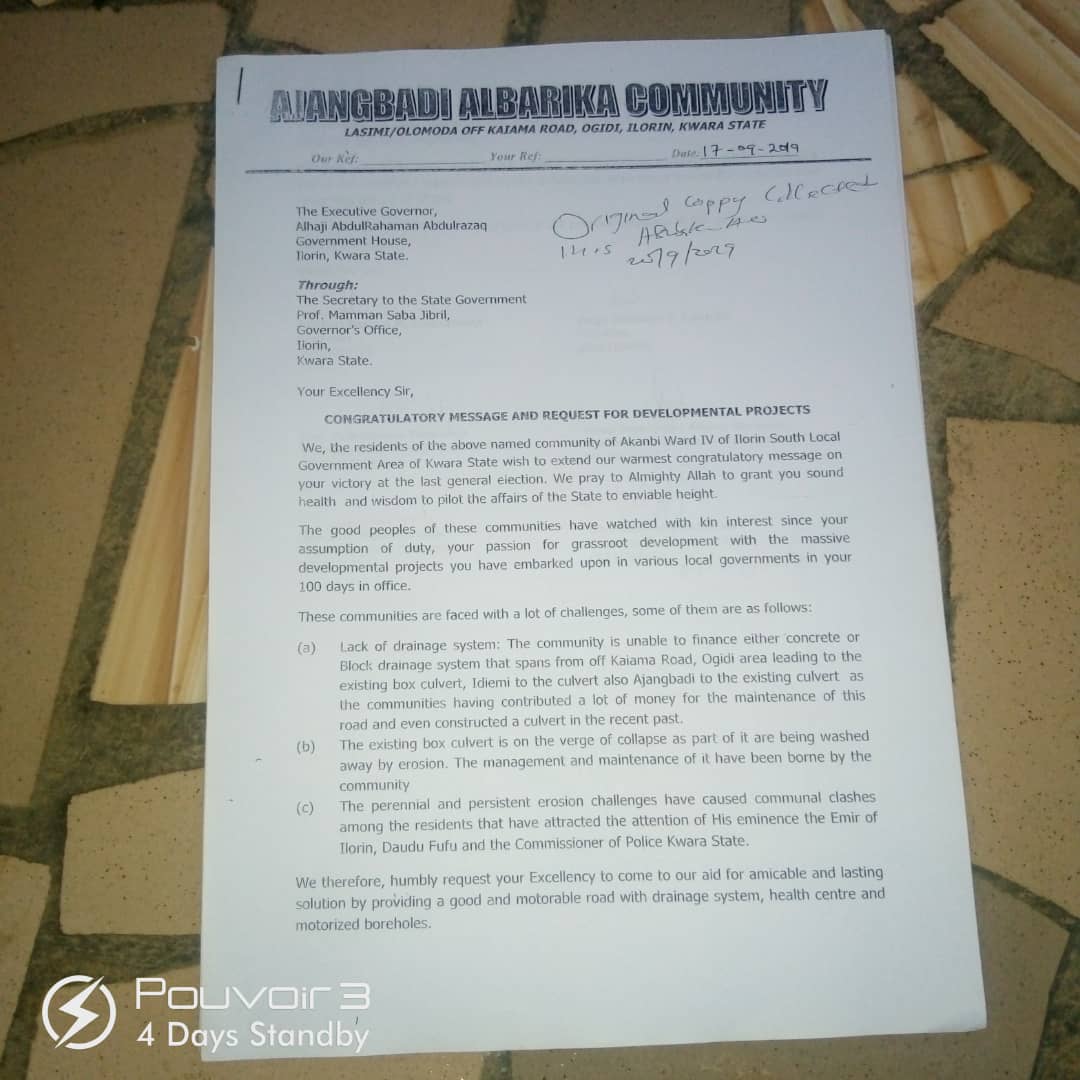 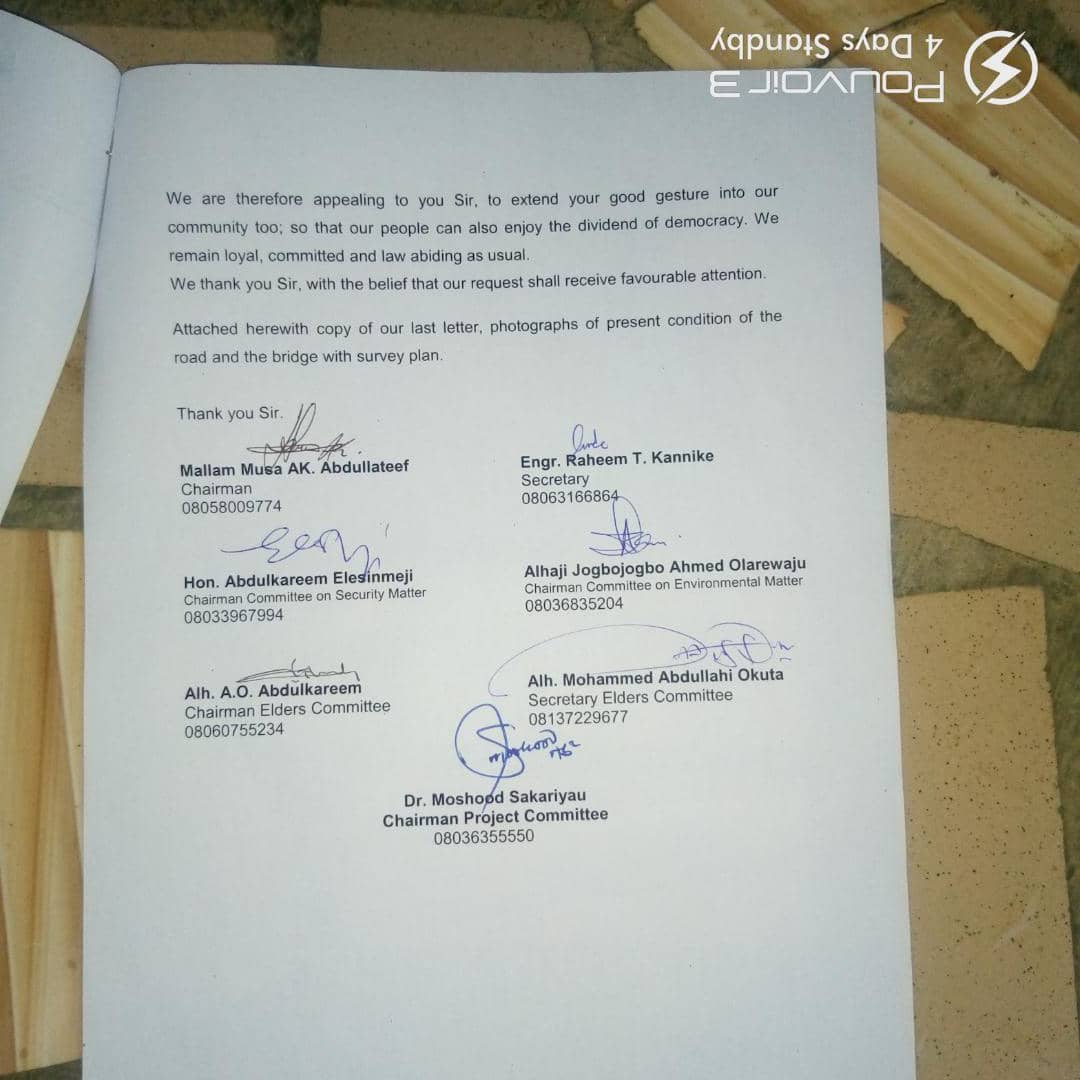 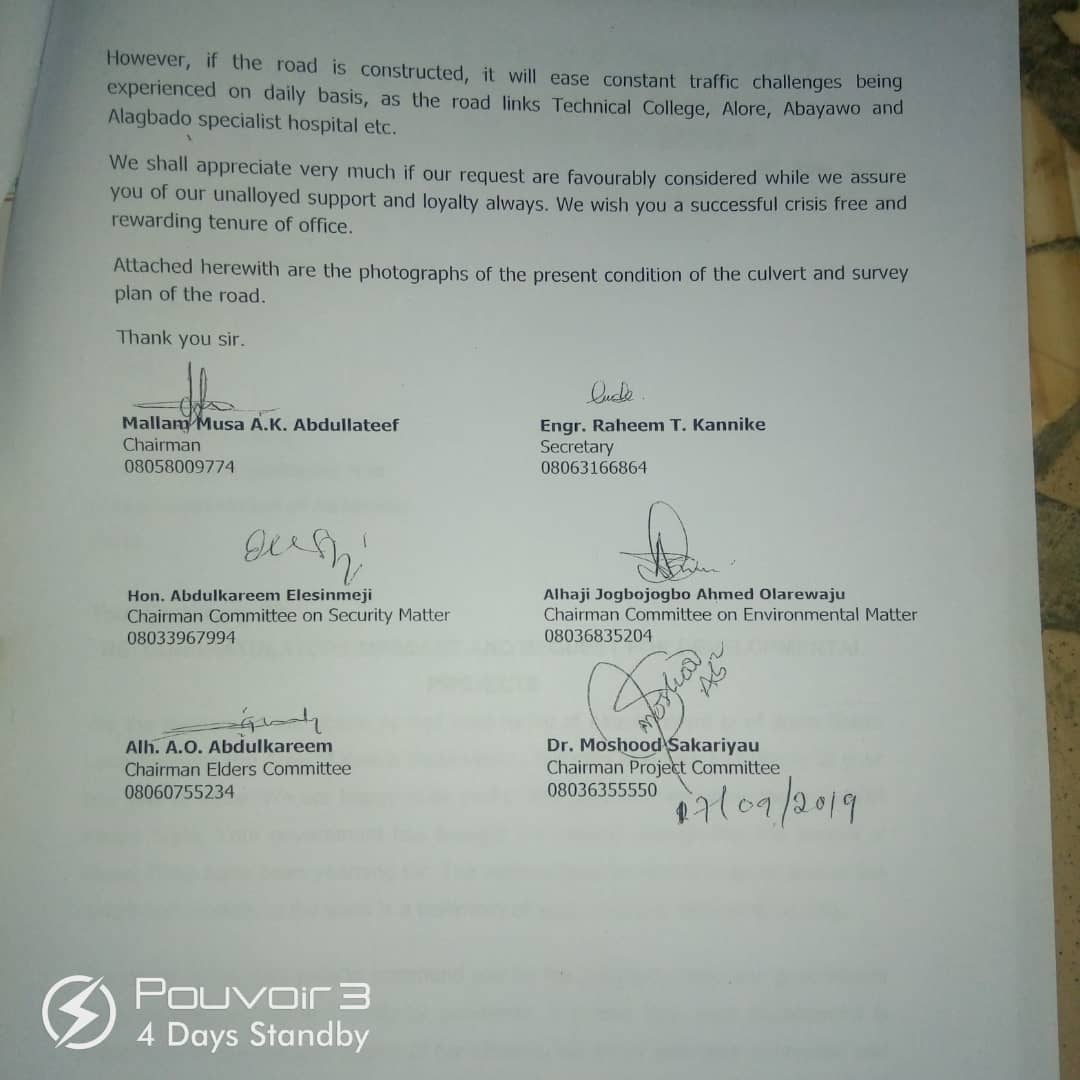 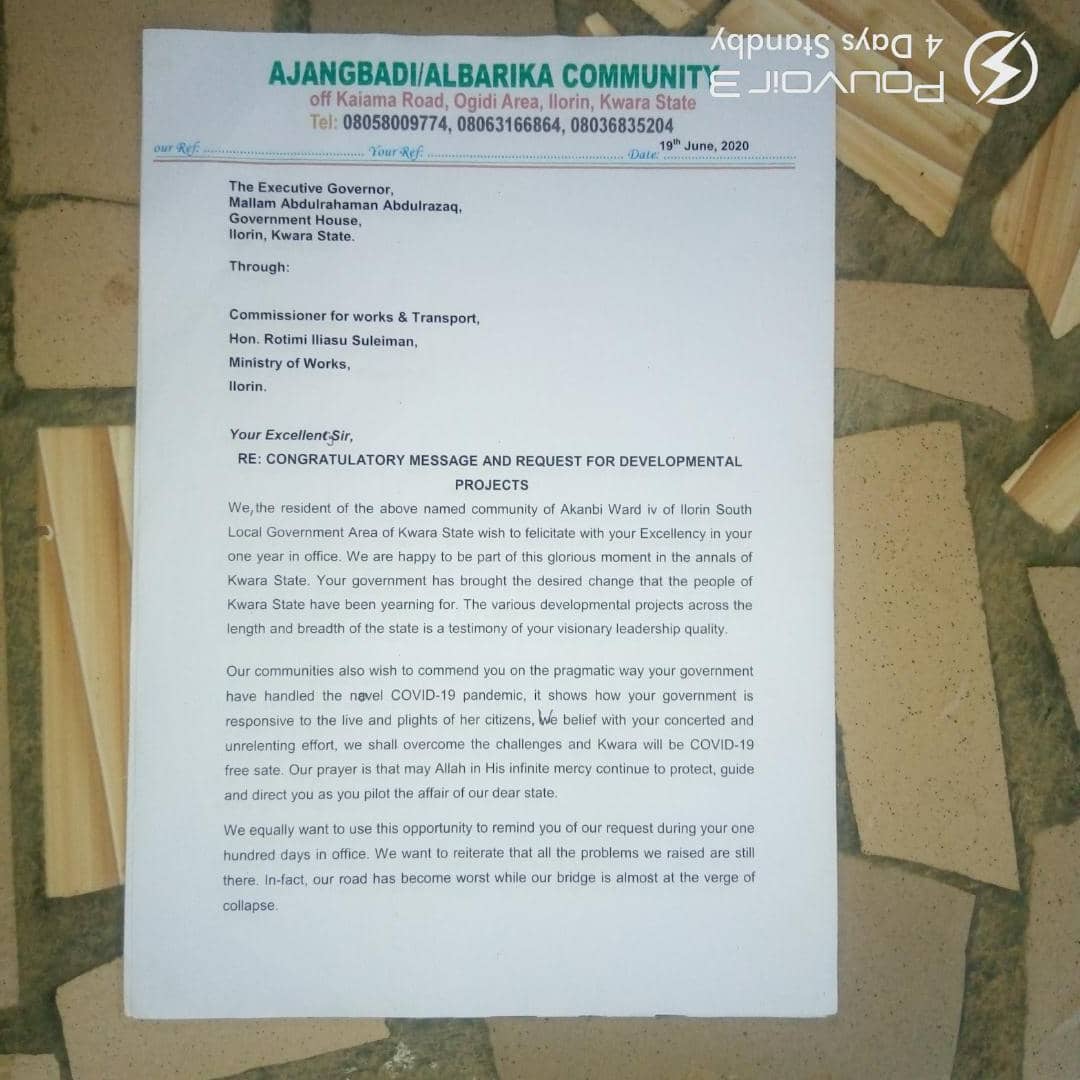