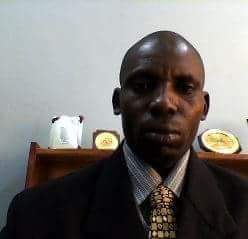 By Ibrahim Sheriff (Gold)
The Igbomina Professionals Association (IPA) has described the appointment of Professor Mikhail Aremu by the Kwara State Governor as the new Provost of the State College of Education, Oro, as yet another well-advised step by the AbdulRahman AbdulRazaq administration.
In a press statement jointly signed by its President and Public Relations Officer, Barrister Bayo Atoyebi and Mr. Kunle Akogun, respectively, the Igbomina Professionals thanked Governor AbdulRazaq for searching out such a consummate academic and thoroughbred administrator in the mould of Prof. Aremu to head the 45 year old institution at this period when it is in dire need of total overhauling to at least place it at par with it’s contemporaries all over the country.
The statement expressed confidence in the ability of the new Provost to quickly turn around the fortunes of Oro College of Education, going by his sterling records of academic savvy and administrative acumen.
While congratulating Prof. Aremu, who is one of it’s prominent members, the IPA urged the new Provost to see his appointment as a call to service and advised him to do do everything within his power to justify the confidence reposed in him by the state government.
The Association particularly enjoined Prof. Aremu to be guided by the well-known Igbomina principles of hard work, fairness, accountability and justice in piloting the affairs of the institution.