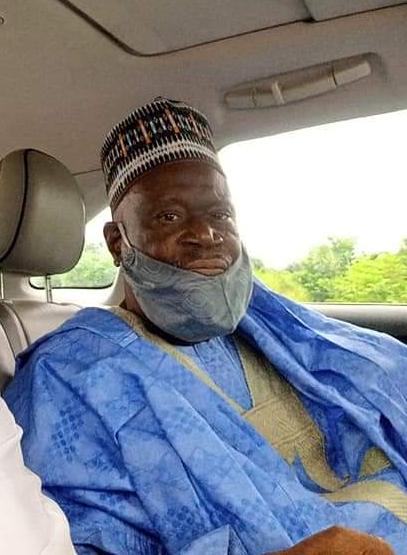 The Sarikin Fulani of Igangan in Ibarapa Local Government Area of Oyo State, Seriki Salihu AbdulKadir, today in Ilorin denied conniving with kidnappers operating in the area as  alleged by Mr Sunday Adeyemo popularly known as Sunday Igboho.
He also denied any knowledge  about the killing of one Dr Aborode.
AbdulKadir who addressed a news conference in Ilorin, Kwara State, said all the allegations against him were concocted by Sunday Igboho with the sole purpose  of getting the  Fulani out of Igangan and other parts of Yoruba land.
“I and my family have been living in Igangan for over 50 years without any challenges from anybody either in Igangan or any other places,” AbdulKadir explained.
He, therefore, called on the Emirs and other traditional rulers in the 19 northern states to come to the rescue of the Fulani residents in the South- West.
He equally called on the federal government to probe the burning of his house, vehicles and the killing of seven of his men in Igangan by alleged agents of Sunday Igboho.
AbdulKadir added:” When a Fulani boy named Omomogeto was reported to me that he raped someone,I told the vigilante to arrest the Fulani boy. When he was arrested, I investigated the matter and discovered that he committed the offence, I handed him over to the family of the victim. Also,a young lady was raped by an indigene of Igangan last year to the extent that the young lady died in Igangan, nothing was done to the man who raped the young lady.
“There was no case of farm destruction reported to me that I will not send people to go and look at the farm that was destroyed. If discovered that it’s true, I will order the Fulani to pay money to the farmers; i.e the Agoro family in Igangan and many more. I have a record where I’m recording the issues affecting the farmers.
” On the issue of killing of one Dr Aborode, I don’t know anything about it. Where Dr Aborode was killed is very far to my village. It’s about two hours drive to my village; you will pass through Igangan town before you get to where I am.
” Finally, I want the federal government to investigate this matter and anyone found guilty should face the law. My houses, 12 vehicles belonging to myself, my children and some visitors were burnt and seven of my people were killed. The corpses of two were yet to be found and some of my animals were carted away.”
AbdulKadir put the cost implications of his losses at over N500 million.
Answering a question, AbdulKadir said” given the conspiracy by the police with the natives of Igangan, I and my people will not feel comfortable returning to Igangan. We even learnt that the government had deployed over 200 Amotekun personnel to the forests in Oyo.
“Who will these Amotekun men meet in the forests other than the Fulani,” he rhetorically asked.