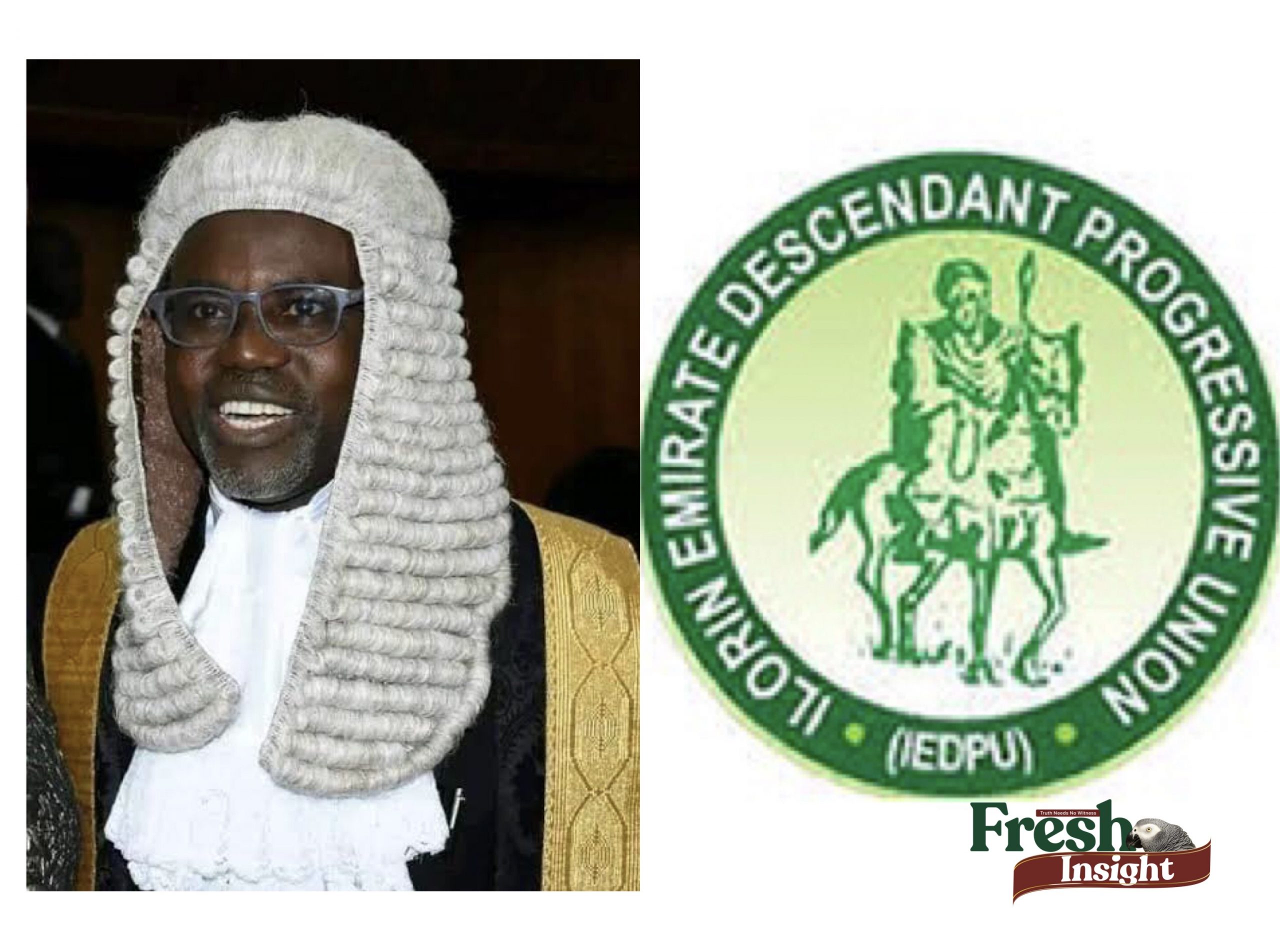 Indigenes of Ilorin Emirate and their colleagues from other places working at the University of Ilorin have been urged to cooperate with the incoming administration of the University,which would be headed by Prof. Wahab Egbewole in order to sustain and improve upon the giant strides recorded by the University.

This appeal was made by the National President of the Ilorin Emirate Descendants Progressive Union (IEDPU), Alhaji Aliyu Otta Uthman, fsi, while reacting to the emergence of Prof. Wahab Egbewole as the 11th Vice-Chancellor of the University.

Alhaji Uthman, in a statement personally signed by him and made available to newsmen in Ilorin on Friday, said that the Union believed that the appointment of Prof. Egbewole was God’s ordained.

He added that since the development was made public by the Chairman of the Governing Council of the University, Mallam Abidu Rafindadi Yazidu, OON, the Union had been inundated with calls from concerned stakeholders considering the fact that quite a number of indigenes of Ilorin Emirate contested for the same position.

The community leader explained that “though the Union had anticipated the emergence of one of the candidates from Ilorin Emirate as the next Chief Executive of the University considering their exceptional academic, professional and administrative qualifications and competencies as well as untainted integrity but since it has happened otherwise, we believed that the development was the wish of Allah who we worship and ask for help”.

Alhaji Uthman insisted that the people of Ilorin Emirate, as Muslims, must consistently demonstrate their convictions that nothing happens without the desire of Allah and that “it is only He who gives and takes dominion”.

While appreciating the fact that the University of Ilorin remains the biggest investment of the Federal Government in Ilorin Emirate and the entire Kwara State, he opined that “those of us who are hosts of the institution cannot and must not behave in a manner that would put our piety, learning and exposure to question simply because of the outcome of the selection process of the new Vice-Chancellor “.

The IEDPU President,who is an alumnus of the University, commended the characteristic maturity and humility displayed by the leadership and members of Ilorin Emirate Staff Association, University of Ilorin,which had issued a very comforting statement on the development, as well as the spirit of Allah knows best and dignifying dispositions of our compatriots who contested for the position.

Alhaji Uthman appealed to the incoming Vice-Chancellor to see all those who contested against him as brothers and friends and who he must stimulate with fraternity in order to ensure their fruitful participations in his administration for the benefit of the University.

The retired intelligence technocrat wished the new Vice-Chancellor a very peaceful and rewarding tenure of office.