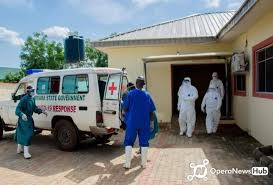 * We were stigmatised by our caregivers

*Numbers of announced positive cases higher than inmates at the center

By Abdulrasheed Akogun
An ilorin based covid 19 survivor who goes by the name Yusuf Bolaji Ridwan has described his experience as one in a life time, stressing that his stay at the ilorin isolation centre was memorable.
Yusuf made this disclosure through a twitter thread with his twitter Dr. Yusuf Bolaji Ridwan, giving a details of how he contacted the virus, his times at the centre among others.
Yusuf while commending the government for the efforts put in place towards ensuring patients at the centre are adequately taken care of, however bemoaned some avoidable lapses and man made oversight.

The tweet reads “Few weeks back i was feeling really unwell and decided to treat malaria, after completing the treatment and body isn’t back to shape i went for Widal test and sample was reactive, i then went to the hospital and Dr prescribed drugs for me.

” On the 10th of July, my uncle who happen to work with WHO made arrangement for us to be tested for Covid19 s and every member of my family went except my two brothers. Test was done and on the 12th of July i traveled to the North to purchase rams for sale.
“On 18th of July on my way back i received a call from ministry of health that my Covid19 result came out positive. All i could say was wow, cause i never expected it. No contact with any +ve case I’ve not taking public transport since the pandemic started always with nose mask. Itwas then my mind went to the fact that I’ve had sore throat for quite while and also loss of taste. Sore throat was one thing I’m very prone to so my mind never went to covid19
” The caller said should the task force come pick me or i will find my way to the isolation center
i chose the later because i don’t want any scenario in my area. I called 2 of my uncles to inform them and they both requested i shouldn’t mention it to anybody.
“I arrived ilorin late, no choice than to go home Everyone was expecting i acted cold and distance myself from everybody Then with the knowledge of my uncles i had to lie i will be going to Lagos the following morning to sort some ram deals.
” Following day i left home for the isolation center at Sobi specialist hospital ilorin. Got there and i was given bucket, soap, tootbrush and some drugs and i was shown the room i will be staying On entering the center the first patient i saw was an Indian man that works with one big company in kwara here. 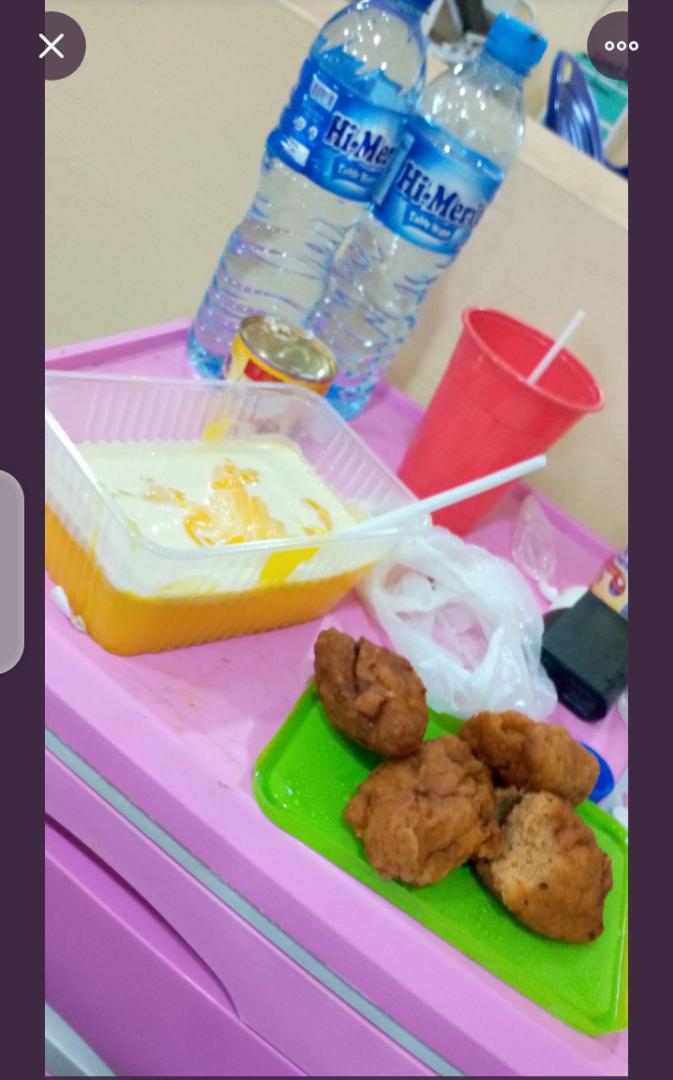 Foods served inmates at the Ilorin isolation centre
“He was on oxygen and kept shouting to call attention of the Dr and nurses that his oxygen level is getting low, he died 3 days after my arrival.

Lunch was served nice food right? Also a conducive environment Kudos to the government.
“After about 3 days, my parents are already calling when are you coming home blabla No other choice than to let them know pe their boy don get coro.
” The 3rd day during isolation i started feeling a burning sensation on my throat iwas like i swallowed hot charcoal started having a very nasty headache Feeling feverish and dizzy, O boy make i no lie my mind cut, then diarrhea join again, everyone complained of the diarrhea though.
“Center was lively, we make lots of jokes Watched football games, light was very stable also We had a chairman we named oba oni koro, very lively man, he do walk around at midnight to ensure everyone is sleeping well even though he’s a patient like us.
Most patient showed no symptoms. Some started claiming its all scam and started agitating they want to go home to their families, tried my best to explain that they might be asymptomatic carriers and its better they stay here so as not to put other to vulnerable ones at risk.
While some wanted to go home Some wanted to stay and continue enjoying the food served to us, well how many people can afford the types of meal given to us. 24th of July i was discharged from the isolation center.
” lots of asymptomatic carriers are out roaming our streets, due to their strong immune system they show no symptoms but they can transmit to susceptible individuals viz a viz old people, young children and those with underlining medical condition.
“It got to a point the state government kept on announcing new cases and no one is showing up at the center, we all started thinking are they giving out fake numbers?
Well, i wouldn’t know, they are still doing contact tracing or the individuals are running away from the center
” Not everything was good at the center, so i will point out some and make some recommendations to the state government.
“With efforts put in place by the government some individuals might just jeopardize those efforts with their attitude.
1. Throughout my stay at the center it was just twice Dr came in to also how we were doing 2. Patients were allowed to even go outside the center to get stuffs
What is the essence of isolation then? Some come in the morning to eat the 3 square meals Then go back home to their house to sleep at night Thereby exposing more people to the virus 3. Rest room were not clean always 4. Stigmatization from some of the staffs is another thing.
” Results are not quick to be released Imagine taking almost 8days after my sample was taken before i was contacted Imagine the number of people have had contact with Why not make it a rule Anybody that his/her sample has been collected the individual should start isolating
“Pending the time the result will be out leaving people to roam about after sample collection isn’t the best thing to do what if result comes back +ve” he lamented