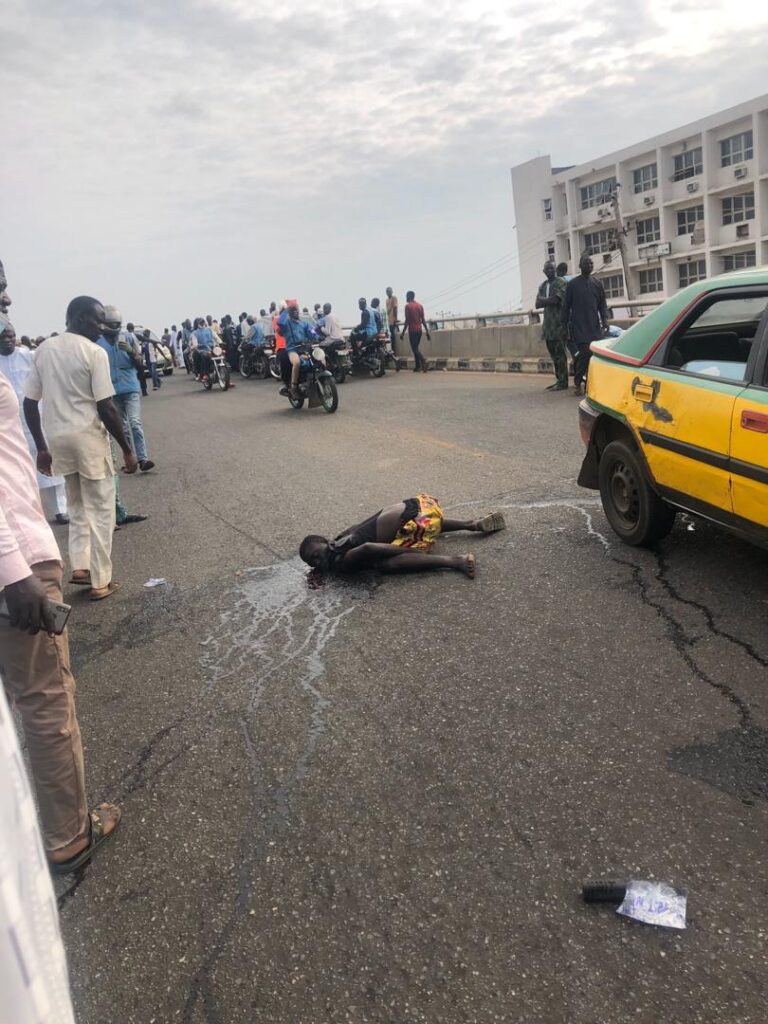 The incident occurred on the flyover bridge along Murtala Muhammed road, Ilorin.

An eyewitness said the accident which occurred about 4:10 pm was as a result of over speeding by both the private car owner and the motorcyclist, leading to an head-on collision.

The motorcyclist died on the spot while his passenger sustained serious injury.

The injured was reportedly rushed to the University of Ilorin Teaching Hospital(UITH) by the men of the Kwara State Traffic Management Agency, (KWARTMA).

When contacted, the spokesman of the state police command, SP Ajayi Okasanmi, confirmed the accident.