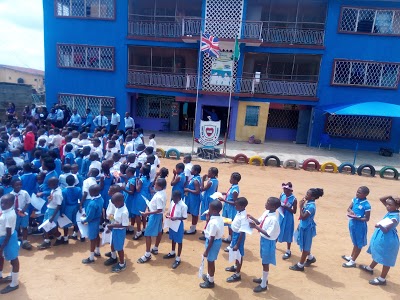 By Imam Moromoke
More facts have emerged about the alleged child molestation in a popular multi branch private school in Ilorin, His Grace Schools, where a six (6) year old was allegedly molested by a Yoruba teacher in the school.
HOW IT ALL STARTED
According to Fresh Insight’s investigations, the incidence occurred on Thursday, 27th February, 2020 at the Oyun branch of the school. It was gathered that the pupil narrated to her father how a Yoruba languages teacher pulled down her pant and touched her private parts severally.
The furious father of the pupil was reported to have stormed the school immediately and was told that “The Headmistress had gone to school headquarters at Offa road, to report the incident to the schools’ proprietress”, indicating the school is also aware of the molestation.
The father again proceeded to the school headquarters and upon sighting him, the Headmistress, Mrs Adebisi ran into hiding. The Proprietress, Mrs Adekanye however met with the father, explaining that the accused teacher has absconded and efforts to lure him back has been futile.
Fresh Insight learnt that it was after the school could not provide the teacher, that the pupil’s father approached the A’Division police station to report the case.
However, one Apostle Joshua Adekanye who introduced himself as the school Proprietor called to tell the parent to leave everything that has happened to the hands of God.
The Police, on 28th February, 2020 was successful in effecting the arrest of the culprit identified as Hammed Akorede, after inviting the proprietress for questioning.
Prior to his release however, Akorede’s guarantor had denied him when questioned by the police. He was charged and arraigned at Magistrate Court, Ganmo and remanded at Oke kura prison on 2nd March, 2020.
The hearing  of the matter has been transferred and the hearing currently ongoing at the Family Court, being superintended by Magistrate Shade Lawal, Fresh Insight gathered.
KWARA MINISTRY OF EDUCATION’S INDOLENCE
Notwithstanding report of the case to the police, the parent also reported to the Director, Quality Assurance Bureau, Kwara state ministry of Education and Human Capital Development, Alh. Alhassan Nda-Offa, on Friday, 28th February, 2020. The Ministry directed invitation of the proprietor, Apostle Adekanye.
Drama however ensued when, according to Ministry of Education source, Apostle Adekanye was asking “How many times has he done it to you, did he touch you with something?” These questions caused uproar and ended the meeting abruptly.
Since then, the Kwara State Education Ministry as regulator of schools in the State has maintained graveyard silence over the matter, tantamount to connivance.
ALLEGATIONS OF RITUALS AT HIS GRACE SCHOOLS
While there has been speculations that His Grace private school are engaging in some kind of ritual activities, Fresh Insight findings reveals that a teacher in the school also alleged the proprietor may have been engaging on some ritual activities, according to a  Ministry of Education source.
A teacher at the school was reported to have approached a senior staff of the Kwara state Ministry of Education, to intimate him on the seemingly unnatural way they get money, at a meeting held on the 8th of July, 2020
HUNTING THE HUNTER
The case however took a new twist, when the father of the molested child was arrested and detained by operatives of the Nigeria Security and Civil Defence Corps, NSCDC, three days after the culprit was remanded, at about 9pm, reportedly, on  the instruction of the school proprietor, Apostle Adekanye.
While the parent was arrested on 5th of March, he was interrogated the next day when the proprietor surfaced at the NSCDC office, and was subsequently released.
Investigation also showed that the proprietor, Apostle Adekanye had also filed a direct complaint against the father of the molested child before the Upper Area Court, for allegedly attempting to kill him and his wife because of a default of #1,000 inter house sports fee among other claims.
The parent in turn filed a fundamental right enforcement against the NSCDC, Kwara stats Command and the  proprietor of His Grace Schools, Apostle Adekanye. All of which are inconclusive at the time filing this report.