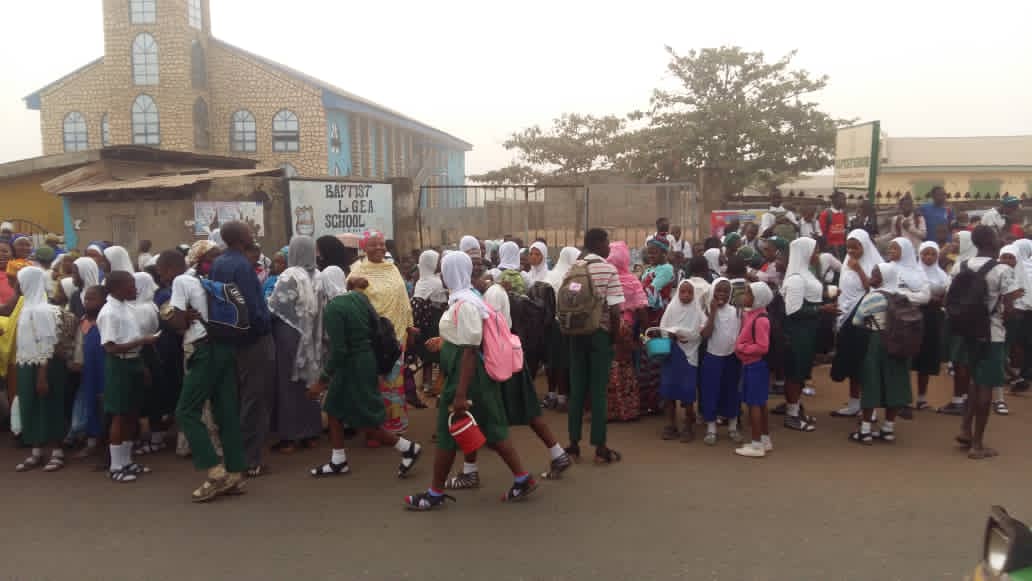 The Christian Association of Nigeria (CAN) has chosen the option of praying to God so as to have peaceful solutions to the challenges of the hijab controversy that had engulfed Ilorin, Kwara State capital.

The prayer session was held Sunday, February 21, 2021 at St. Barnabas Anglican Cathedral, Sabo-Oke, Ilorin. It was well attended by members of CAN from varying units and denominations.

It would be recalled that 10 Christian-built schools were closed Friday to forestall breaking of law and order. It was due to the fact that some groups of Muslims vowed to forcefully effect the use of hijab by female students in the affected schools which Christians resisted a day before the schools’ closure.

While awaiting government pronouncement on the issue after series of meeting, CAN leaders called out members to pray to God for ultimate solution.

Rev Fr. Ralph Ajewole, Chairman, CAN Ecumenism who gave the brief on the reason for the gathering, said, it was for the faithful to raise their voices to the Lord in unison, giving the example of how Israelites do overcome in battle.

He reminded Christians that “God is with us in facing the current challenges as he has always been,” charging them never to be tired or worried.

Rev. James charged the people to believe in God who never forsake his own people. He gave the example of Gideon who was almost going into hiding before he was strengthened to face the challenges ahead and conquered.

“We have reached a level in Kwara in which Christians are just living to survive. Why? What happened on Thursday and Friday in respect of attempted enforcement and resistance of hijab in Christian-built schools will make anyone to feel sorry for the state,” he remarked.

He reminded all: “God is with us. We have Him as Israelites have Him. He has promised to be our God and He has superior power.” He enjoined Christians to go in might as a united body of Christ.

In their submissions, Rev. J. S. Dada, President, Kwara Baptist Convention and Rev. Rueben Ibitoye, State Secretary of CAN said, Christians in Kwara State are making two key demands: “The return of our schools and that no use of hijab in our schools,” and that CAN does not want the schools to lose the identity of being built and owned by Churches.

Barrister Shina Ibiyemi, CAN Legal Adviser, who elucidated on the legal angle of the controversy said, there was never any time the hijab issue was a subject of contention in the law court in the state. He therefore implored the people to harm themselves with fact and safeguard against misconception.

The gathering prayed for unity of the Church, for peace in Nigeria and Kwara State in particular. Prayers were said for blessings, courage and boldness in faith

They also prayed for a secured society and for Governor Abdulrahman Abdulrazaq to heed CAN’s call and make do his promise of answering their requests.