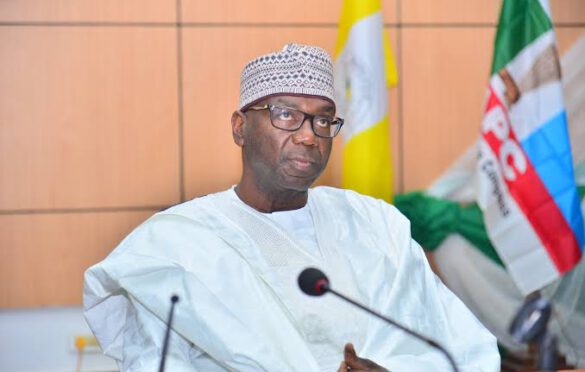 The Kwara Advancement Initiative (KAI) has asked Governor Abdulrahman Abdulrazaq, to tow the path of honour by clearing the doubts on his academic qualification which has again been brought back to life through an error made by the national headquarters of the All Progressives Congress (APC).

This much was contained in a press release signed by Hajia Adeola Bashiru, the group’s Head, Democratic Mobilization and Monitoring, stressing that Gov Abdulrazaq’s secondary education background has been a subject of litigation before the 2019 governorship election in the state.

The issue became a topic of debate again after Premium Times, an online publication in a new story on its Monday edition, queried the list of the 86-member APC Campaign Council for the July 15 governorship election in Osun State, in which the party referred to Governor AbdulRahman Abdulrazaq of Kwara State as a doctorate degree holder.

Governor Abdulrazaq has in his curriculum vitae claimed to have graduated from Government College, Kaduna and duly sat for his final secondary school leaving examination in 1976.

But his opponents had labeled him a drop-out from the school and have even backed up their claim with evidences which he is yet to dispute.

In a statement signed by Hajia Adeola Bashiru, on Friday, KAI described the confusion surrounding the academic qualification of Governor Abdulrazaq as a dent on the image of Kwara State and an embarrassment to the people over whom the Governor presides.

KAI in the statement said the silence of Abdulrazaq could be taken as a confirmation of the content of the online newspaper’s report which is in tandem with the claims by the governor’s opponent. The group said the refusal by the Governor to clear the air on the issue amounted to daring the electorate whose mandate the Governor enjoys.

The statement read, “The governor is again yet to clear the air on the controversy surrounding his claim to have obtained a first degree, and it is high time he saved us this huge humiliation once and for all.

“We have had a number of Kwara citizens serve in this capacity and even in higher offices, and at no time were their academic qualifications a source of worry or insult to the people of the state. So, why is Gov Abdulrazaq putting us in this unpalatable situation?

“His refusal to give clarification on his actual educational qualifications has made it difficult to dispute the wide belief that Governor Abdulrazaq’s poor academic qualification is the reason for his woeful performance in office, especially in the management of the economy.

“It is almost impossible for someone who passed through the walls of a tertiary institution to be so rudderless in leadership and governance.

“We know how much his predecessors made Kwara proud even among their counterparts. They took leadership positions among Governors, initiated ideas that became templates for other states to duplicate and were always very vocal during national engagements or discourse. But all these have become history under Gov Abdulrazaq. This is quite unfortunate”, the group stated.

KAI therefore urged the Governor to save the people of Kwara from further embarrassment and developmental backwardness by owning up and paving way for academically qualified individuals who have been tested and are trusted to govern the state well.