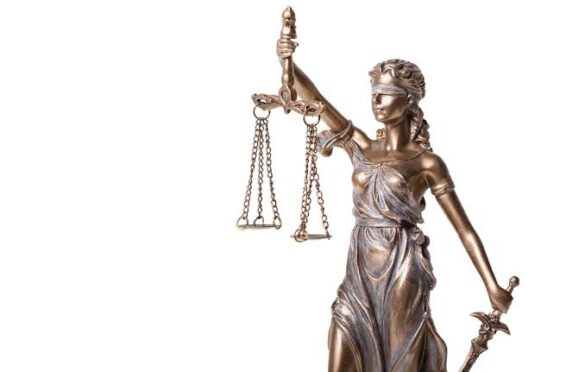 A Federal High Court in Abuja on Monday (yesterday) directed two aggrieved directors of Green Energy International Limited and its Chairman, Prof. Anthony Adegbulugbe, to explore out-of-court settlement in the matter brought before it.

Justice Bolaji Olajuwon gave the directive shortly after the resumed hearing on the matter.

The directive came as the directors demanded that the shares alleged to have been illegally allotted to Adegbulugbe, Olusegun Ilori, Glorybright Investment Limited and Grand Energy Limited be offered to the original shareholders.

The News Agency of Nigeria (NAN) reports that the directors, Dr Bunu Alibe and Mr Ayodele Olojede, have locked horns in a legal battle with Adegbulugbe over the ownership of the oil and gas company.

NAN reports that while Alibe and Olojede are the petitioners in suit marked FHC/ABJ/CS/1390/2020, Green Energy International Limited is the respondent in the matter.

When the matter was called, counsel to the respondent, Bembella Anichebe, SAN, informed the court that he filed a motion by notice of withdrawal on March 3.

“The said motion by notice of withdrawal supersedes the earlier motion. The processes have been filed and we are ready to proceed,” he said.

Olajuwon then asked Anichebe what the development was after her advice on the last adjourned date that the parties should work toward reconciliation.

She said on Thursday, Vincent Ohor, who held the brief of Etigwe Uwa, SAN, counsel to the two directors, told the court that the first peace move broke down because what was offered to Alibe and Olojede was unacceptable.

The judge recalled telling Ohor to tell their clients to open up on the terms of settlement they wanted.

Olajuwon asked Anichebe if there had been any headway since the last adjourned date.

The senior lawyer said that he spoke with Uwa, counsel to the directors, on telephone with a view to meeting and reviewing the earlier meeting held.

NAN reports that Justice Ijeoma Ojukwu, who was presiding before she was transfered to Calabar Division of the court, had given the parties the leave to explore reconciliation option.

Anichebe told the court that he and Uwa could not meet physically and only spoke on phone on the matter.

Responding, Uwa confirmed that the two counsel spoke on telephone after the last sitting.

“It is also correct that we tried to meet but when I called the learned silk, he was in a meeting,” he said.

He said though they had planned to meet last week, he could not come to court.

“If I had come to court, we would have spoken. And now, we could not meet till the proceeding began,” he said.

Uwa, however, restated the commitment of his clients to settling the issue.

He said being oil assets involved, the figure the other party offered to give his clients was almost two per cent which he considered too low.

“So to that extent. it is not my attitude to fight unnecessarily.

“The only reason we could not settle last time was that the valuation they came with was so low,” he said

Uwa, who said since the case was an oil-related matter, there are specific laws that guide the sector and called for independent valuers to do an evaluation.

He said in order to explore the opportunity given by the court, today’s proceeding should be put off.

The judge, who said that he would give the parties the last chance to explore out-of-court settlement, fixed March 23 for report of settlement.

Meanwhile, the two aggrieved directors has asked Adegbulugbe to give the shares he was alleged to have illegally acquired to the original owners.

Alibe and Olojede made the call in a defendants’ counterclaim in support of the amended statement of defence filed before Olajuwon.

The application marked FHC/ABJ/CS/1390/2020 was filed by their lawyer.

NAN reports that while the company is the plaintiff/1st defendant to counterclaim, Alibe and Olojede are 1st and 2nd defendants/counter claimants respectively.

Alibe and Olojede averred that Adegbulugbe (2nd defendant to counterclaim) is the current Managing Director and Chief Executive Officer of the company (plaintiff) who joined the firm’s board in 2014 after resigning his position in government.

The directors said after the dispute between them and Adegbulugbe arose, they instructed their lawyers to conduct a comprehensive search at the Corporate Affairs Commission to determine the state of affairs in respect of the company.

“That search disclosed that 2nd Defendant to Counterclaim(Adegbulugbe) has been using several fronts and sometimes nonexistent persons to acquire the shares of the plaintiff in the most unlawful and or fraudulent manner and in breach of the memorandum and articles of association of the plaintiff/1st defendant to counterclaim.

“Professor Adegbulugbe unilaterally caused 6,000,000 shares of the plaintiff to be allotted to one Oluwakayode A. Dotun who is a nonexistent

“Professor Adegbulugbe always forged a signature purporting to be that of the said Oluwakayode A. Dotun for the purpose of signing relevant corporate documents.

“Two other persons to whom Professor Adegbulugbe had allotted shares viz Olorunfemi I. Blessing (Mrs.) and Elijah Adepoju also relinquished 3,000,000 shares and 600,000 shares in the plaintiff back to the plaintiff on the same day.

“These relinquished shares were illegally allotted to Professor Adegbulugbe and his family members including some companies controlled by him,” they said.

The directors alleged that Oluwakayode A. Dotun is a fictitious nonexistent person and a fake driver’s licence was forged for him and the said driver’s license bears the photograph of the brother of Professor Adegbulugbe.

“The purported signature of the said Oluwakayode A. Dotun is exactly the same as Professor Adegbulugbe’s handwriting.

“The said Oluwakayode A. Dotun has never provided any service to the plaintiff and has never paid any amount for the shares illegally allotted to him by Professor Adegbulugbe.

“Through this fraudulent or illegal or unlawful scheme, Professor Adegbulugbe acquired 9,600,000 in the plaintiff at a time when its total allotted shares was approximately 21,000,000,” they averred.

They alleged that Ms. Orowole Ebenezer, Mr Olusegun Ilori, Glory Bright Investment Limited and Grand Energy Limited, were allotted shares through Adegbulugbe’s manipulation, had neither provided any service to the company in return for the shares allotted to them nor did they pay for the original shares allotted to them.

Alibe and Olojede, therefore, prayed the court to declare that all the shares allotted to and currently held by Adegbulugbe, Mr. Segun Ilori, Glory Bright Investment Limited Grand Energy Limited were illegally allotted and acquired and the said allotments are unlawful, null and void.

“An order setting aside the allotment and ownership of the following shares in the plaintiff viz:

“A DECLARATION that all the said shares listed subparagraph (ii) above are available for allotment and may be allotted only by first offering them to the remaining existing shareholders in the proportion of their current shareholding s0 that the said shares would be allotted in the following manner:

“A declaration that the shares held by Ms. Orowole Ebenezer and held by her in trust for all the existing shareholders of the plaintiff apart from Prof. Adegbulugbe; Mr Olusegun Ilori, Glorybright Investment Limited and Grand Energy Limited.

“An order for account to be rendered by Professor Adegbulugbe and Kayode Adegbulugbe of all the income and expenditure of the plaintiff and for them to pay over to the existing shareholders of the plaintiff as dividend such amount as is found to be the profit from the business since inception in the proportion of their shareholding.

“An order of perpetual injunction restraining the defendants to the counterclaim from continuing to run the affairs of the plaintiff and from interfering in the operations management and control of the plaintiff.

“An order directing the following remaining valid shareholders of the plaintiff to call a General Meeting within 7 days after judgment in this suit is delivered for the purpose of determining how the business of the plaintiff would be conducted going forward,” they prayed.