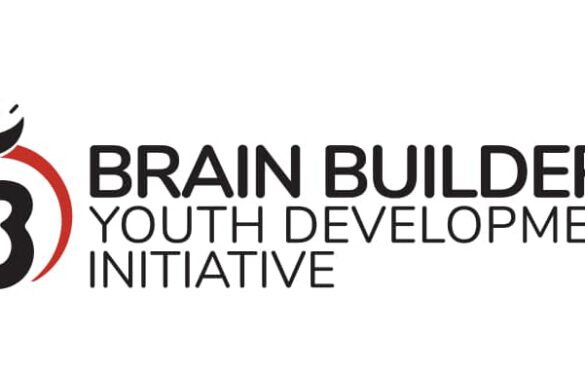 Kwara-based Civil Society Organisation, Brain Builders Youth Development Initiative has taken a deep search into the strengths and weaknesses of the 2022 Kwara State Budget that was presented to the State House of Assembly by Governor Abdulrahman Abdulrazaq.

Tagged ‘Budget of Sustained Reformation for Inclusive Growth’, the Appropriation Bill leaves some questions and reservations on its wholeness and transparency.

According to the CSO, “A cursory look at the budget proposals by the BBYDI shows a regularity in overspending and wastage by the Kwara State government. In some areas, one would be surprised to think Kwara is to have a jamboree in the 2022 fiscal year.”

BBYDI particularly noted item with Budget Code Number 22021001, which is a sum of N167,879,301 budgeted for refreshments and meals by the state government.

In the 2021 budget, Kwara state government spent N65.5million of the N145.6million budgeted for meals and refreshments as at September last year. BBYDI opined that “The remaining amount allocated for refreshments in 2021 budget could have been allocated for the 2022 budget, rather than attempt another splurge on state funds.”

“BBYDI believes this is a reckless and inefficient management of resources and budgetary principles. We ask that what’s the fate of balance of the amount allocated for the same purpose in 2021?”

BBYDI also raises alarm over plans by Governor AbdulRazaq to spend the sum of N554,069,992 for Publicity and Adverts in the 2022 budget, noting that it’s difficult to understand how much publicity the Kwara State government wants to embark upon.

“In the past, we haven’t seen enough of this and if previous years and the administration’s approach are anything to go by, there is the need for immediate explanations of the need for this huge allocation for Publicity and Adverts”, BBYDI said.

“Research activities with code number 22021025  borders on the outrageous. In the 2020 budget, the sum of N839,141 was allocated to research. This increased enormously in the following year’s budget and jumped to N91,587,400. Of the amount allocated, only a paltry N11Million was spent as at September. The excesses are yet to be accounted for but the state government, without recourse to that has allocated another N42.7m for research in the 2022 budget proposals. Are we on a spree of wastage?”

“We raised our concern last year on the definition of General Services. What is it that has not been budgetted for by the government that requires an allocation of N189,178,352. The opacity of the term “general services” is clear and the state government should as a matter of urgency explain what that entails, if it’s intentional about its claim of running a transparent and accountable government.”

“There’s a segment of the 2022 Reformation budget titled Alumna ( Graduate Support) with number 22021047. This needs more clarity, as to what it’s meant for, the supposed beneficiaries and the reason for the massive difference between what it gulped in 2021 and the new budget. The sum of N10million was allocated to it in 2021 budget and now, it has more than N96m budgeted for it.”

“This allocation also begs the question; How many Alumna/Graduates were supported last year? What were the criteria used to select beneficiaries and who are they? Do we have photo of such event? The state government has to do more if transparency is really its watchword.”

“On the issue of Children Parliament, BBYDI also demands that the state government led by Governor Abdulrahman Abdulrazaq come out in clear terms to explain the process of selection of the children. Wry resources allocated to this purpose under budget code 22021045. We are aware that Children Parliament has been ongoing for a while but funding, budgetary allocations for it and the veracity of selections have been a far cry from great. We encourage the government to allocate more resources to the Children’s parliament as it will boost the promotion of leadership capacity, confidence and public speaking skills of young Kwarans.”

“In the 2020 budget, the Kwara State Independent Electoral Commission (KWASSIEC) had an allocation of N9,679, 600 and N13,204,364 in 2021. In the proposed 2022 budget, the electoral body is alloted the sum of N16,645,365. Kwarans would want to know what this allocation is meant for, especially as the Commission has not conducted any election in the last three years.  Are we oblivious of any unpublished KWASSIEC recruitment? What’s the purpose of a budget increment in a commission that’s hardly had anything to do in three years? BBYDI sees this as a waste of resources and will appreciate if the state government clarifies on the recurring excesses.”

“We have, on many occasions, called the attention of the state government to the issues of the Bureau of Statistics. In a world where data is gold and statistics point to strengths, weaknesses and areas of default, it’s almost unbelievable that the Kwara State government doesn’t consider the agency important in its strides at development. This is best explained by the reduction of its allocation from the 2021 budget. In 2020, N130,820,323 was allocated to the agency. This rose N134,247,301 in 2021 and has now fallen to N125,247,301 in the 2022 budget.  The state government’s plans for the BoS has to be clearer and more development-driven.”

*Kwara State House of Assembly Should Toe A Honourable Path*

“The budget for the Kwara State House of Assembly also left many questions to be answered; For example, allocation was made “the Design, setting up and Subscription of e-legislature (Website/Internet).” These words are ambiguous and require clarification.  BBYDI will like to ask what form of e-legit platform could not be added as a sub domain to the existing KWHA website?”

“We would also want to know what’s meant by subscription as contained in the budget. The Assembly will prove it’s honorable by telling Kwarans what that means and explain what it’s meant for.”

“BBYDI also seeks clarification with the budget line item tagged “Exigency Programme Project Fund” which looks suspicious. It’s gulping N50Million and the assembly needs to clarify if it has been saddled with the responsibility of executing projects.”

“We also observed that N120million was budgeted for Youth Empowerment aside different empowerment initiatives targeted at youths by the state government and received billions of naira in allocation by the government. We feel another N12Om allocation in the Assembly budget represents an unnecessary expedition.”

“We ask that the Assembly clarify what it means by Grassroot Projects. We noticed it was a clandestine approach to unconstitutionally-introduced Constituency Projects and has N240m allocated to it. Taxpayers will like to know what the government means by this.”

“The Ilorin City Master Plan with code 230501111 got an allocation of N200m in the 2021 budget but N300m had already been spent as at September. This is against the rules guiding the budget. It signifies overspending and we are shocked to see another N300 set aside for the same purpose.”

“As an organisation, we condemn the state economic masterplan which is encoded 23050111. It’s set gulp N16,394,000 and is considered a waste of resources. This money, we suggest should be diverted to organise Economic and Investment Summit. Kwara State can learn from Kaduna and Ekiti in recent time.”

“As against other reckless budgeting and ambiguities, the state Auditor General Office must be commended for having a low cost, and a minimal and feasible budget with just N39m allocated for its usage.”

“We advise the state government to carry out professional evaluation to measure the impact of KWASSIP beyond the photo-ops. If done, the report should be made Public.”

“A social investment programne gulping 3.5Billion in a state Like Kwara, with little impact on the lives of the people should be remodelled for efficiency.”

“Other wasteful allocations observed in the budget are; The Kwara Conference Centre N1Billion Naira budget in 2021 with overspending by double. Shockingly, the budget was quadrupled in the 2022 budget, without an explanation of how the overspending occurred in the previous budget.”

“While the Kwara Learn Project must be commended for its attempt to improve the human capital coefficient of the state, it’s budget increase of more than N1billion will raise every eyebrow. From the N200Million allocation it got in 2021, it skyrocketed to N1.58bn.”

“The Kwara State government will also do well to explain how the Purchase of Environmental Equipmental will gulp N100million under 2022 budget. It’s expedient that the government is open enough to explain what type of equipment will be bought at such expenses.”

“Biometric Purchase and Fingerprint had more than N383m in allocation but the simple question making the rounds is what’s the cost of finding the identity of Kwarans? We can’t continue to get indebted while we splurge public funds.”

“Other areas like research and development with N1.3bn and computer software with over N540m also ask clarity.”

“This budget of jamboree also sees the Kwara State government allocating more than N100m to Anniversaries and Celebration, more than N50m from what it got in 2021.”

“Programmes and activities had N9.6bn allocated to it yet had just N1.5bn of the N5bn allocated in 2021 spent as at September last year. This is indicative of a desire for the excessive.”

“There’s an overstimation of revenue and expenditure items in the 2022 budget. This is particularly more noteworthy as the 2021 budget underperformed across various Ministries, Departments and Agencies.”

“The 2021 budget performance report covers performance between January and September and it indicates a 75% of the time meant for budget implementation.”

“The 2021 Revenue estimate was N168.96 billion and the government generated 96.60 billion between January to September which accounted for 57.17% Revenue performance.”

“With just N61.66 billion expenditure executed, it is significant to note that the state Revenue exceeds its expenditure for that period by N34.94 billion. This explains that lack of fund is not the reason fund was not released to execute essential capital projects included in the 2021 budget estimates. We ask the Kwara State government to reveal why funds were not released for capital projects. Is the state cash-strapped? What’s the fate of the loans?”

“Our deductions from this is that the government intentionally overestimated some expenditure or it lacked the political will to embark upon the capital expenditure budgeted for, despite the availability of resources.”

“The trend was not bucked as such imprints are seen the 2022 budgetary estimations. This makes it important that the government works closely with the Ministry of Finance to ensure adequate resources are channeled towards addressing the infrastructural deficit in the state, raising the human capital coefficients and improving the lives of the people of Kwara State.”

“In the 2021 budget, we observed poor budget performance from most ministries despite sky rocketed increments. There were many suspicious items bought at exorbitant amounts of money and we call for a patient analysis by the government itself on some its weak areas.”

“BBYDI will wait for the response of the Kwara State government to its critiques of some grey areas in the budget as it helps improve monitoring and the betterment of governance. This will in no small measure also improve the relationship between the leaders, and their followers.”