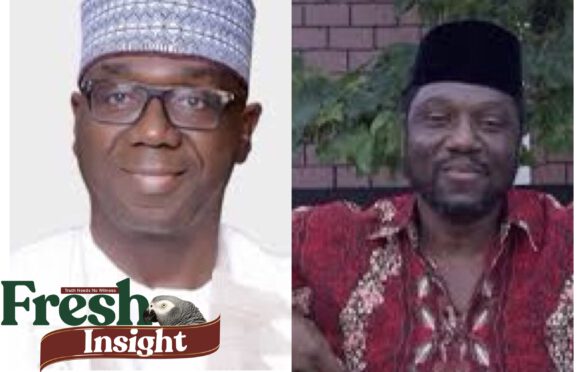 Ahead of 2023 polls, immediate past Senior Counsellor and Advisor and a kitchen cabinet to the incumbent govenror of Kwara State, Alhaji AbdulRahman and now a chieftain of Social Democratic Party(SDP) Alhaji Abubakar Kale Belgore has said that, he has thrown his hat in the governorship race of the state so as to refix the state for acceleration of the socio-economic development the state.

Speaking in Ilorin on Monday during his declaration at the SDP state secretariat, Ilorin to vie for the governorship position of the state come 2023, Alhaji Belgore stated that, his vast exposures in private business would be tapped to garner support for the socio -economic growth of the state.

He said that, the state was blessed with abundant resources that can be tapped to change the economic fortunes of the state for betterment of the residents.

Belgore stated, “My ambition is Pan Kwara agenda, built on the concept of unity in diversity, I intend to collaborate with my fellow party people to run a government of inclusiveness, not only with the party but with Kwarans and anyone who desires to contribute to the development of state of harmony.

“I dare to set a new standard and activate the material potential as well as the human capacity of the people of Kwara. This I believe we can achieve together.

“As part of my vision, I intend as Governor of Kwara state to strengthen the capacity in the civil service, we all know that Kwara civil service was one of the bedrock of Northern Civil Service and is one of the most respected in Nigeria at moment.

“We also know that Kwara has 72% of landmass which is cultivatable and not used at moment, I intend to collaborate with the private sector on Agric value chain, with particular emphasis on the rice and sugar berth of the Nupe speaking part of Kwara and on the expanse of land in Baruteen and Kaiama area, specifically it’s my idea that we would have a master plan for Lafiagi for example with over 300 million dollars investment ongoing by BUA, we intend to have a master plan of that community and similar ones”

Welcoming Belgore ambition, Kwara state chairman of SDP, Abdulazeez Afolabi, represented by the party vice-chairman, North, Ndanusa Tsado, said “we formally accept your declaration. We urge every one of you as aspirants to sit down together and draw a template that will give us a rancour-free selection of the party candidates at various levels, particularly gubernatorial”.