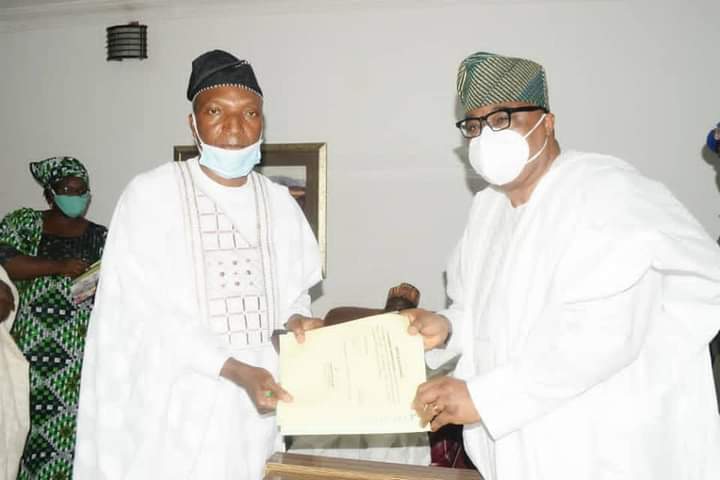 Kwara State Governor, AbdulRahman AbdulRazaq has appointed and inaugurated Mall. Mohammed Liman popularly known as Ndagiri, who was indicted of corruption in 2009 as the Transition Implementation Committee Chairman for Patigi local government.

Recall that AbdulRazaq recently inaugurated illegal TICs for other 14 local governments of the State, leaving Ilorin South and Patigi out.

While the reasons for exemption of Ilorin South is not clear, that of Patigi was reportedly kept on hold because of the agitation against the person of Gov. AbdulRazaq’s choice, who was alleged and found wanting of diverting fertilizers meant for farmers in Patigi by the Kwara state House of Assembly, while he was the Chairman of Patigi local government.

Liman who is a former Chairman of Patigi local government, according to a copy of the Kwara state government owned Herald Newspaper, was in 2009, suspended by a resolution of the Rt. Hon. Babatunde Mohammed led State Assembly after indictment in a petition of criminal diversion of fertilizers meant for farmers in Patigi local government. 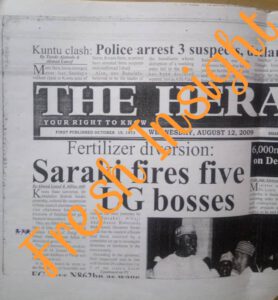 “In separate letters he wrote to the State House of Assembly and read on the floor yesterday by Speaker. Alh. Abdulazeez Babatunde Mohammed, Gov. Saraki noted that the council officials had been indicted by a committee set up to investigate diversion of fertilizers in the state recently.”

“According to the Governor, their suspension was in line with Section 29, subsection 1 to 5 of the State local government Law.”

However, a statement by the Chief Press Secretary to the Deputy Governor, Modupeola Joel, AbdulRazaq, represented by the Deputy Governor, Mr. Kayode Alabi inaugurated one of the culprits, Ibrahim Mohammed Liman as the transition implementation committee (TIC) Chairman for Patigi Local Government, to replace the erstwhile Chairman, Hon. Jubril Gabi Salihu who along other LG Chairs across the state, were suspended for financial misappropriation in 2019.

Alabi charged them to stabilise their local government areas and ensure accountability in the management of funds.
.