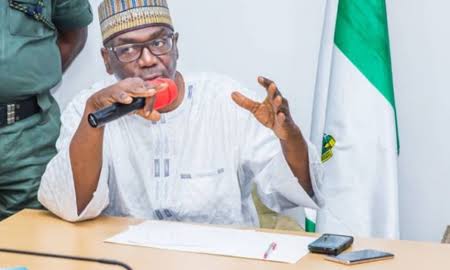 The Kwara State Governor AbdulRahman AbdulRazaq has confirmed Fresh Insight’s story which exclusively reported the dissolution of his cabinet.

This much was contained in the press release made available to the press by his CPS, Rafiu Ajakaye in the wee hours of today.

“His Excellency especially commends the Honourable cabinet members for their contributions to the development of the state while also wishing them the best in their future endeavours,” Chief Press Secretary to the Governor Rafiu Ajakaye said in the statement.

The Secretary to the State Government Prof. Mamman Sabah Jubril retains his seat, the statement added.

It said the Governor also directed the former cabinet members to hand over to the most senior officers in their respective ministries.