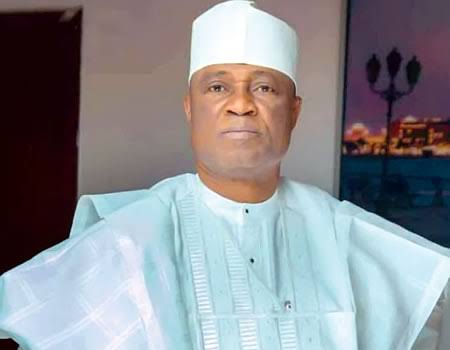 By Abdulrasheed Akogun
The Kwara State Chairman of the Peoples Democratic Party (PDP), Engr. Kola Shittu has expressed satisfaction with the way the Governor Abdulrahman Abdulrazaq led APC has handled the internal crises in the ruling APC, boasting that the governor and warring APC stakeholders are working for Saraki’s return.
This much was disclosed by the Offa born politician, when members of the Association of Kwara Online Media Practitioners (ASKOMP) paid him a familiarisation and courtesy call in in Ilorin yesterday (Wednesday), he however enjoined the Gov. Abdulrazaq led government to desist from trivialising governance. 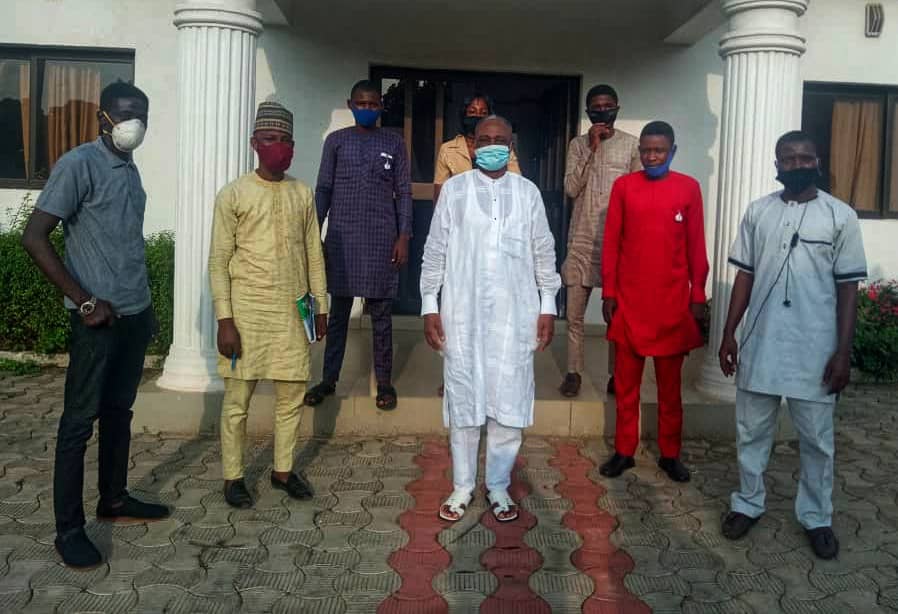 Hon. Kola Shittu in a group photograph with Representatives of ASKOMP during the visit

Shittu who is a one time member of the House of Representatives said “Gov. Abdulrazaq is a good businessman no doubt, he is reported to have made success out of his numerous businesses, he’s however a novice in the art of governance.
“With the way the crises in the All Progressives Congress is being handled which I don’t see ending soon, I am rest assured that the Governor and indeed all warring stakeholders in the ruling party are unwittingly working for the return of Saraki.
“The manner the Governor who also doubles as the leader of the party has been handling the AA’s party crises is making our coming back much more easier, we just need to learn from our past mistakes and ensure it never repeats itself” he added.
When asked to highlight some of the mistakes they made, he said “One of our major mistakes was growing too confident and taking things for granted, that was a costly mistake which we’ll never repeat.
“The then opposition leveraged on the media to de-market our political family and leader, which we failed to adequately react to, probably because we were used to winning and felt regardless of the lies against us, we’ll still carry the day.
“One of the numerous lies is the issue of Offa robbery, how could anybody in his right senses have thought Bukola Saraki will send robbers to Offa, it’s insane.
” It’s funny that more than 2 years down the line, they’ve refused to bring the culprits to book, this shows that they played pranks with the robbery, some of the so-called suspects were killed in detention and they’re yet to decisively solve the crime.
“I’m ashamed people could even think about that, it’s a disappointment and a sad commentary on our intellectual know-how as a people.
“They refused to investigate, they were fixated with political victimisation and that’s why it’ll be hard to get to the root of the disheartening crime with that kind of mindset” he lamented.