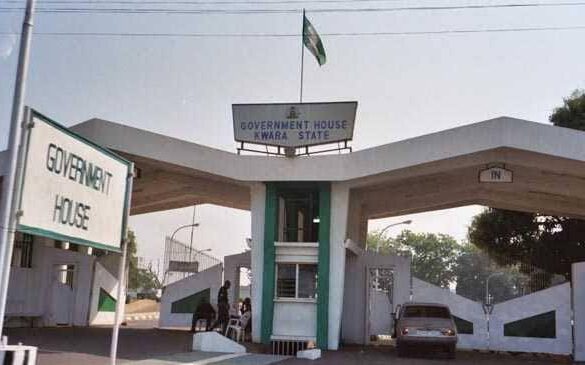 This is not politics. And it’s not funny. It’s absurd, ridiculous, provocative and contemptuous. The ongoing assault on the Emirate, the Emir and the contempt in Kwara state in the form of governance reached another horrible peak during the Ileya festival. The governor decided it was not safe to observe the Durbar; the most anticipated part of the annual Islamic rites of Eid Adha. In reaching that ignominious decision you would think he would cite the need to tackle the emerging third wave of the COVID-19 pandemic where Kwara is now on the list of states of interest. But no, the governor cited a seemingly fallacious ‘security reason’; few hours after himself and other political leaders in Ilorin and environment had observed the Eid prayers.

Though keen observers of trend of events in the last two years of this government would not be surprised by the ‘suspension’ of the people’s festival, this action further demonstrates the insensitivity to the sensibility of the people of the Emirate by our governor. Will those food vendors and hawkers who possibly have taken loans ever forgive this unilateral action of the governor? Even more sacrilegious is the shout of 4 + 4 at the prayer ground.

There is a political price for every political action! For the avoidance of doubt, our Durbar is not a government programme. It is the Emirate’s programme. The Emir should announce what ever would happen to it and not the governor.

For those who have followed the history of political dissent in this state, particularly in the Emirate, our people often express their acceptance or disgust with political leaders at the Eid prayer ground. At the 2019 Eid, it was evident the people had something against the then establishment. As unethical and unreligious it was, they told their story with protest. But the then administration of Dr Abdulfatah Ahmed did not cancel the Durbar the following day. At this year’s Eidul Adha the people spoke to Dr Saraki, in a tone of apparent forgiveness, endorsement and restoration. The message was loud and clear: they have seen the ineptitude that has been foisted on our state with AA as governor and they are ostensibly rejecting it.

Was that why AA cancelled the Durbar, fearing that another appearance by Saraki, the Waziri Ngeri of Ilorin, at the event would be the ultimate burial of the AA political empire? Or was it a punishment for the loud anti AA statement at the prayer ground? Kwarans can not wait to see the end of this shenanigans parading our streets in the name of governance. It was a panic measure to curtail the resurgence of the Saraki enigma. But would it work? Definitely not. Not with the notoriety this governor has attracted to himself as a disappointment.

I guess workers too might have used the occasion to ask him why he has not fulfilled his promise of paying them the minimum wage but resorted to the ‘Geri Gedi’ salary he once condemned. He would have been taken to task by some of his political allies on why governance in the state has suddenly become a family affair. He would have been made to answer questions on why he described Saraki as a dictator when he is now seen as worse than a dictator.

Why we must ask ourselves, is this governor up in arms against virtually everyone? Apart from Saraki, everyone knows his treachery against the palace. Even in his own political house, there is much unrest. Every day we keep hearing various stories on radio and in the newspapers about his ineptitude as a leader. The other day, the Minister of Information apologized for the error in choosing AA as a governor. He described him as a “One Chance Governor”. Probably, people would have asked AA why did he deceive them to clinch the trophy. You see now why AA had to cancel the Durbar against all entreaties by those who matter in the Emirate?

Someone has asked that if the government could not guarantee security at the Durbar in Ilorin, how would it guarantee the same across the state? The answer is simple: has the government not abandoned the pursuit of security in every part of the state? But for the gallantry of our security forces, does this administration appear to be interested in securing lives and property? Has the security situation not taken a turn for the worse in this state since the assumption of AA in office?

Truth be told, a government whose legislative arm can suspend a lawmaker for expressing an opposing view is a government that is scared of the people’s verdict. Deep down, I guess AA is afraid, even of his own shadow. Otherwise, let him organise local government elections to test the waters. If you would cancel or suspend the Durbar in 2021, what would you then do in 2022, when real politicking would have gained steam? Will you also cancel or suspend the 2023 elections as you have done to local government elections in the state?