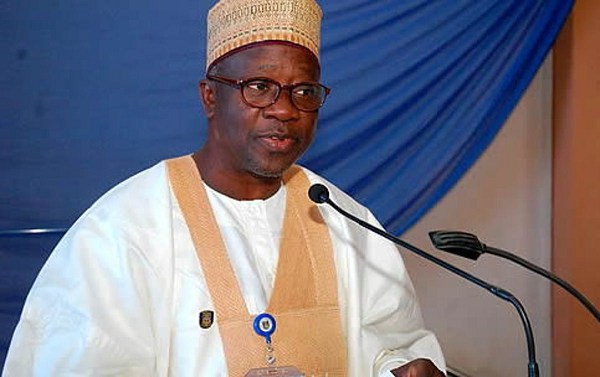 The immediate past Vice-Chancellor of the University of Ilorin, Prof. Abdulganiyu Ambali have dragged the Chairman and Secretary of a factional ASUU of the Kwara State University Dr. Dauda Adeshola and Dr. Olayiwola Olorishade before the Court,  freshinsightnewstv.com has exclusively gathered.
It would be recalled Dr. Dauda Adeshola and Dr. Olayiwola Olorishade both of the Department of Statistics and Business Education had while kicking against the appointment of the Prof. Abdulganiyu Ambali led investigation committee saddled with the management of investigation finances of the State University since inception in 2009 as constituted by Gov. Abdulrahman Abdulrasaq.

According to the petition addressed to the governor, which was jointly signed by the aforementioned lecturers under the umbrella of ASUU, it accused Prof. Ambali of “financial impropriety, highhandedness, promotion against due process” among others while serving as VC at the University of Ilorin.
However, according to a direct complaint signed by Prof. Ambali’s lawyer, Barr. Murtala Sambo, a copy of which was exclusively obtained by freshinsightnewstv.com, dated September 11, 2019 and addressed to the Registrar, Upper Area Court 1, Ilorin prayed among others that the accused
It reads “Direct criminal complaint, direct criminal conspiracy, mischief, injurious falsehood, criminal intimidation, injurious falsehood contrary to section 97(2), 322,327,397(b), 114, 394, 393 and 399 of penal code is filed on behalf of PR0F. M.A AMBALI hereinafter refers to as ‘our client’ against Dr. Dauda Adeshola and Dr. Olayiwola Olorishade of Department of Statistic and Business Education of Kwara State University, Malete, Kwara State respectfully.

“Base on our Client’s reputable records of  academic excellence, Scholastic dedication and hard work he was appointed the chairman of a five-man panel charged with the responsibility of conducting  screening exercises for candidates contesting for the post of vice chancellor of the kwara state university after which the  panel will submit their findings and recommendation to his excellency, the  Governor of kwara state, for confirmation and appointment of any successful candidate. Our client discharged his duty saddled upon him excellently without any form of biasness.
“To the detriment and dismay of our client he found out through a Petition written to His Excellency, The Executive Governor of Kwara State against him by the first and second accused persons the accused persons claimed to have written the petition on behalf of the Academic Staff Union of Universities, KWASU Malete and it was discovered  the said union did not authorized such a defamatory act.

“Thus, it was discovered that the accused impersonate the said reputable organization. The defamatory words containing among other, series of unfounded allegations, such as:1. MASSIVE TRAVESTY OF JUSTICE AND RULE OF LAW during his tenure as the vice chancellor,
2. PRODIGAL WASTAGE OF THE UNIVERSITY FUNDS,3. DISREGARD FOR THE DUE PROCESS OF LAW, ARBITRARY EMPLOYMENT AND PROMOTION 4. ILLEGAL AND OVER DEDUCTION OF PENSION FUNDS OF STAFFS OF THE UNIVERSITY, ETC
“The above unfounded allegations is causing our client psychological depression, intimidation, lack of concentration to his work, duties, and personal life. he had been subject to series of attacks from unknown persons, causing destruction to his properties, which were caused by the conspiracy, mischief act and injurious falsehood concocted by the accused persons without justification whatsoever.

” It becomes necessary to seek urgent intervention of this honourable court because our client cannot continue with his day to day activities because some unknown persons further threatened his life if they come across him.We shall be seeking for a very urgent intervention of this honourable court to protect our client by prosecuting the accused persons for offences slated above and other related offences” it pleased.
Checks by freshinsightnewstv.com this afternoon confirmed that the defendant were served through substituted means by pasting of the Court summon on their Office door in KWASU.
The case which is before Judge Abdulganiyu Mustapha of the Upper area Court Ilorin comes up on tomorrow morning.