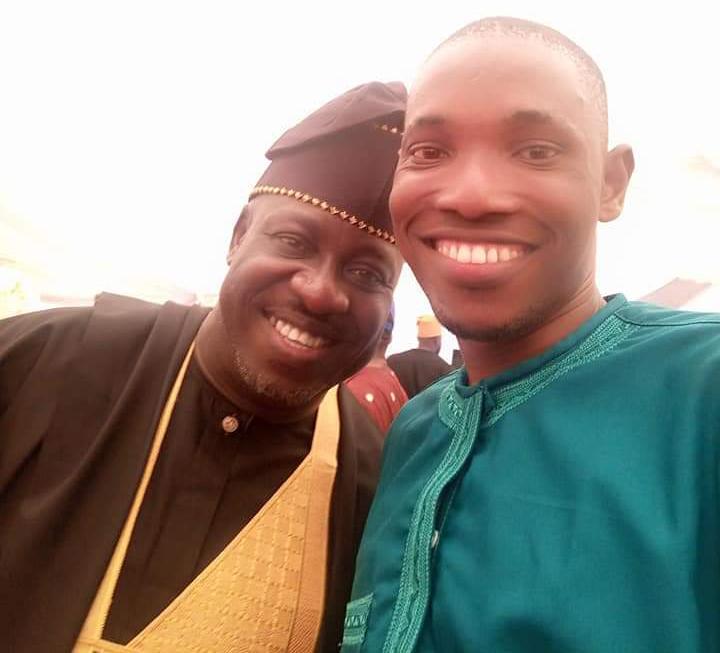 “Loyalty is the currency of politics.”

The above has been a recurrent quote of a friend in the corridor of power in recent time. Although I have discovered that the quote doesn’t emanate from him originally.

When that quote surfaced on my status on WhatsApp, like a dagger, it pricked my heart and arose my consciousness. Yes, that was like alighting at the junction of political reality for my friend and, of course, for many like him with an eye for leadership considering their stand on loyalty prior to the happenstance of power in his life.

In 2018 when I began the campaign for the governorship aspiration of Mallam Bolaji Abdullahi, one of the few questions I had to answer several times was in connection to the resignation of his ministerial position in the PDP government and publicity secretary role in APC, even though they were the spoils and gains of the camp he belonged. Many felt it was a naive decision, insisting he should have abandoned his tie with his camp and go for personal gains.

One has had to explain to people on numerous occasions that the rationale behind this highly controversial decisions was purely ideology and principles of loyalty, dignity, integrity and honesty, which characterized Mallam as an Omoluabi, and never anything else as claimed.

The lesson is simple, for those with whom you shared your journey to stardom, don’t ever bring them down to advance your growth except in the case of departure from the norms and values for which you shared. It is called loyalty, it is a powerful value for growth.

The now powerful friend of mine, a good friend and brother, is open to this reality of growth as I write which underscores the fact that he is growing as well. Like him, many youths will eventually understand this principle, especially in the current stretch of political imbroglio rocking the state.

Distinctively, Mallam isn’t only loyal to those who deserve it, he is/has equally been loyal to every job and task he is saddled with both at the state and federal level. The records speak not just for him but for themselves.

Loyalty, however, isn’t the only value that is endearing many to the personality of Mallam Bolaji Abdullahi. Primarily, it is competence and vision, before they get to know every other values he possessed.

A few days ago, I saw a publication attributed to the State Universal Basic Education Board (SUBEB) in a national daily, complaining about the competence of teachers teaching in various primary schools, and all I could do was to remember Mallam Bolaji Abdullahi.

At the tail end of the year 2020, the week leading to the birth of the new year, I was with Mallam and discussion ensued on his sojourn as the Commissioner for education in the state; SUBEB, and his reform agenda.

We discussed extensively the corruption in SUBEB; the recruitment process, salary payment, the resistance from the staff, and the adjustments he had to do to bring about the needed change.

I wouldn’t want to mention names but then, after all that was put in place, SUBEB saved at every month the sum of 33million naira unaccounted funds, the proceeds which were used for the payment of some allowances to the teachers. Was the reform continued? Did we have a sane SUBEB today? That’s not my area of discussion.

Mallam also spoke about his engagement with SUBEB in Abuja in a bid to get SUBEB funds. Statutorily, 80/85 percent of the SUBEB fund is to be spent on infrastructure. In a situation whereby the pressing need isn’t infrastructure, say teachers training and development, or books and other learning materials, you can only use the remaining 15percent. States cannot modify the status because it is a law.

He had challenged the status quo, insisting that the State should be allowed to modify the spending to reflect pressing needs and not just building infrastructure which in Kwara’s case at that time was not as expedient as the teacher’s training and development. Simply put, he couldn’t access the funds, he would rather use his the counterpart fund available to him to train the teachers.

Today, the SUBEB, according to that publication, would have seen the need for the modification of that law to accommodate the peculiarity of individual States against the dogmatic stance of building infrastructure without competent teachers to teach the students.

That’s the vision of the man we call Omoluabi which might have put Kwara on the right path towards educational advancement and becoming a go-to state for educational policy.

No doubt, the competence of Mallam Bolaji Abdullahi, his vision, his principles of life are worthy of emulation for any aspiring young man. Understanding that this year will be a political year; with several alignment and realignment, I hereby see the need to unequivocally state that going forward, his decisions will be mine and his vision will be a task to be executed as always in order to continue my learning process.

While I know you will count me when counting Omoluabis, I still want to give you the privilege of erasing your doubt by pronouncing without mincing words that I should be counted.