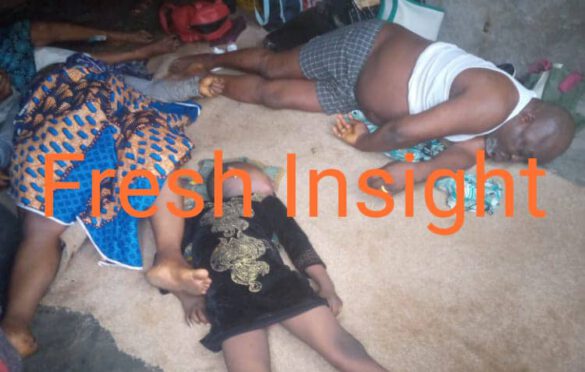 By Abdulrasheed Akogun
Tragedy struck at the Ojomu family House, Sanmora in Irepodun local government area of Kwara State, as no fewer than 4 family members were killed by generator fume.
According to a family of the deceased, who spoke with Fresh Insight on condition of anonymity, he said “The family of 4 slept leaving their generator on inside the house.
“We discovered there lifeless bodies early this morning, the head of the house, his 2 wife and one of his children were all dead.
“2 of the family members who were unconscious as at the time of our breaking in have been rushed to the hospital, although they’re both in critical conditions, it is our prayer they survive” he added.