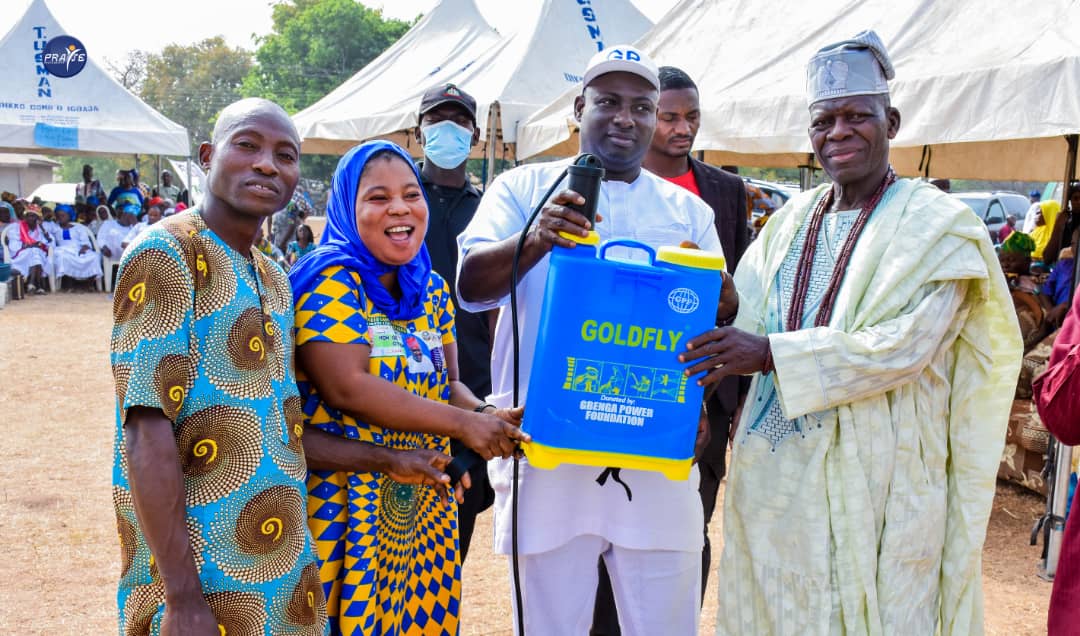 A public-spirited Kwaran, Hon. Gbenga Oyekunle Power, the Founder/CEO of Gbenga Power Foundation, has demonstrated once again his usual support, love and empathy for his people  by distributing food items and agricultural equipment to different groups drawn from across 3 LGAs of Kwara South: Ifelodun, Offa and Oyun Federal Constituency. 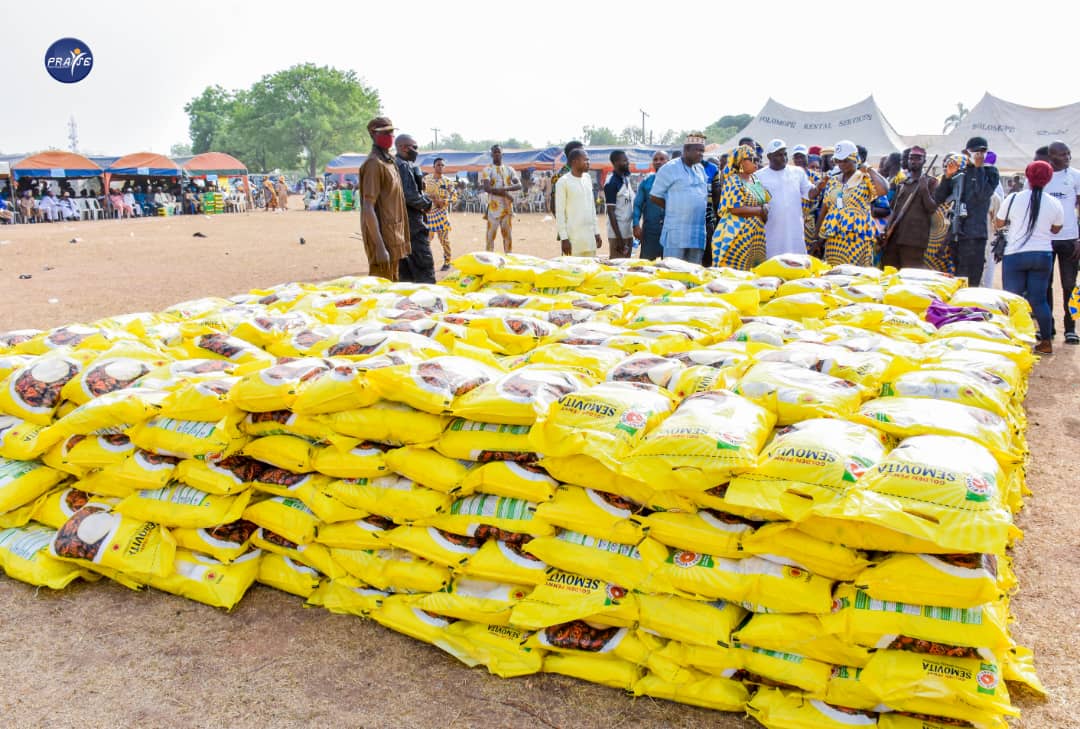 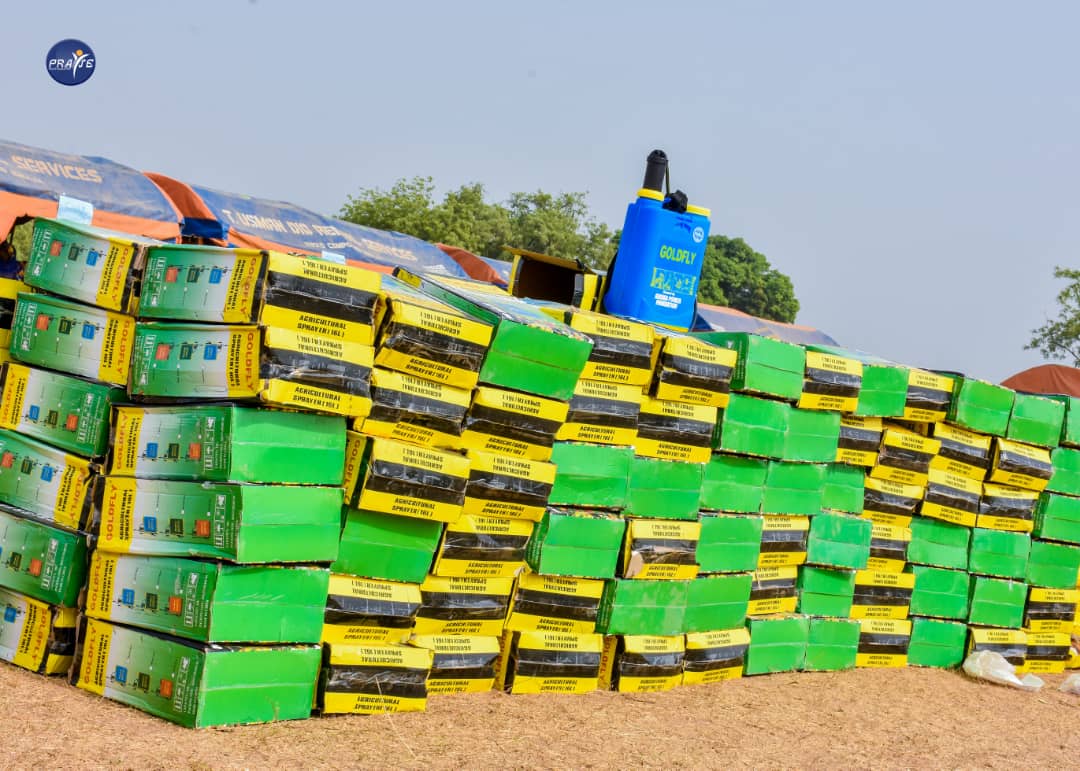 The event which took place in Igbaja penultimate weekend where Hon. Gbenga Power who is also a Chieftain of APC in Kwara State, charged the government to give agriculture the priority policy attention it deserved in order to guarantee food secunity in the country. He stated that there is no revolution worse than the rebellion of the belly, he warned.
Stressing that his interest in empowering farmers with herbicide spraying machines was to support the APC “back to farm” agenda, which was a strategy to flatten unemployment rate and poverty index level in the country. 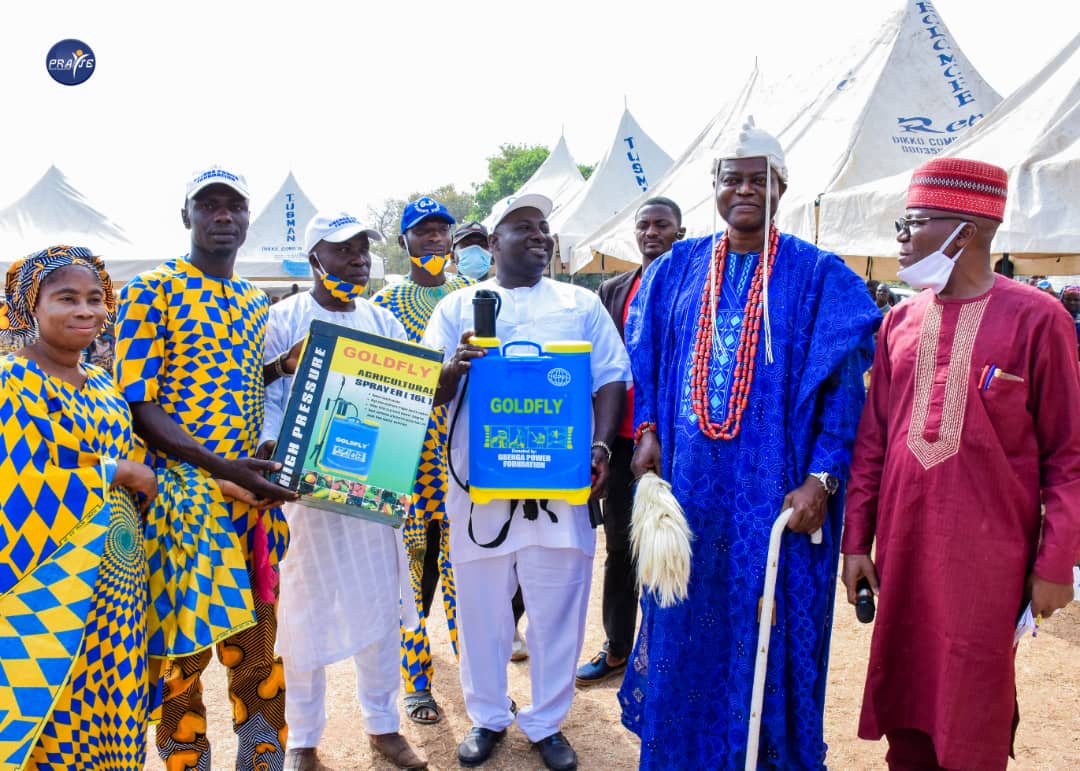 He commended the government on its efforts at improving the welfare of the people in the face of security challenges and dwindling resources, which dictated the need for support by well-meaning individuals and corporate organisations in the society.
The philanthropist advised those elected into various positions of authority to always remember that they are holding the transient power in trust for the people. He queried, “If, as office seekers, you can sing, dance and hobnob with the people to beg for votes, why should you become inaccessible or ‘demigod’ to the same people while in office?” 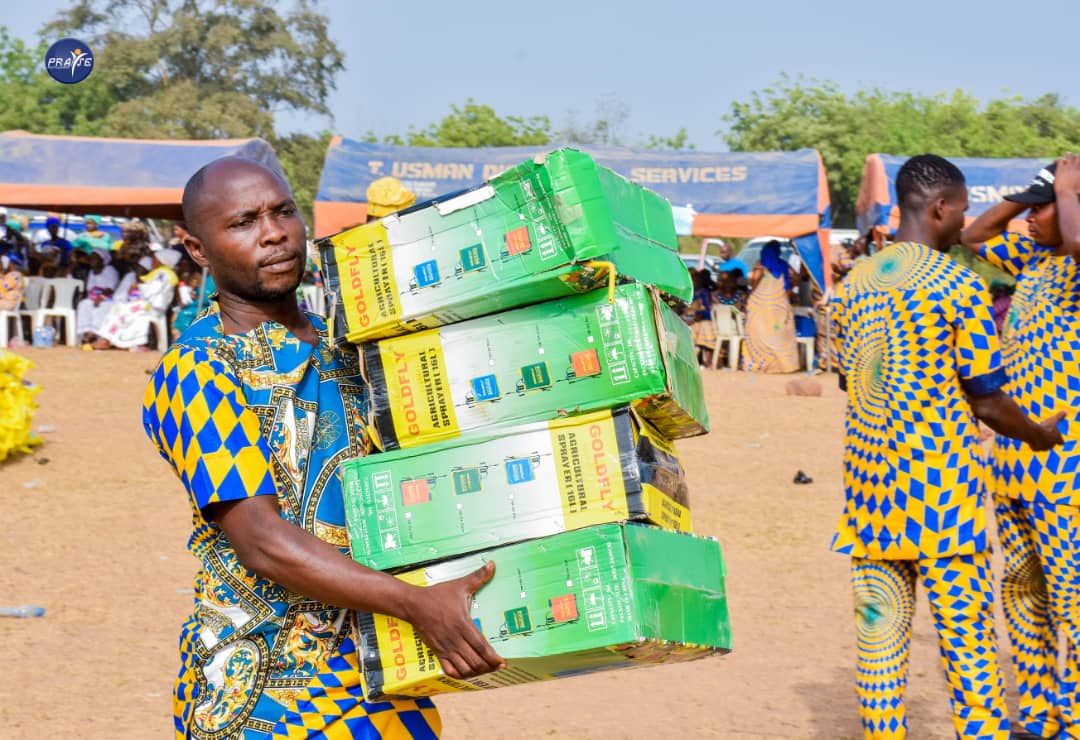